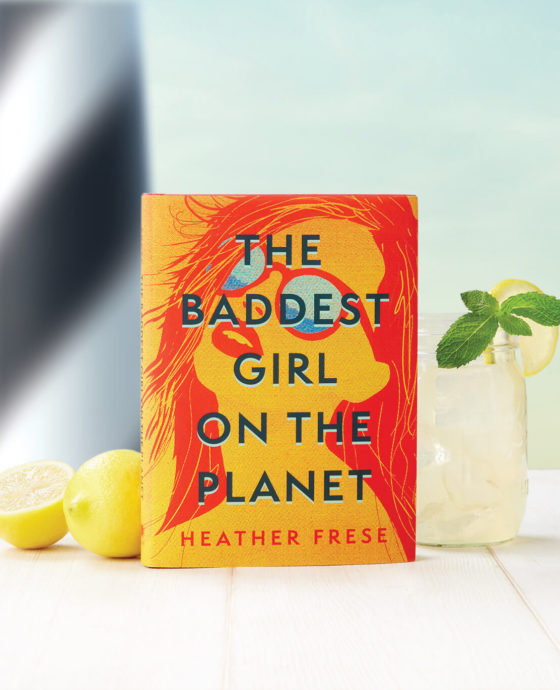 “My husband is not the first man to disappoint me,” claims Evie Austin, the narrator and namesake of The Baddest Girl on the Planet. In this debut novel by Raleigh author Heather Frese, Evie, a Hatteras girl grown up and stuck in her quiet hometown, realizes that she’s had enough of what life has thrown at her: an unplanned son; an affair with her boss; and a foundering sense of what to do with herself on a small island where everyone knows everyone else’s business.

Evie first meets her best friend, Charlotte, at Cape Hatteras National Seashore, where Evie has been living in a camper with her aunt and brother. Charlotte and Evie’s differences bring them together. Charlotte’s parents are Midwestern academics who sit around the campfire, talking about the ever-expanding universe, while Evie’s fractured family is in a tighter spot — her mother has recently run off to New York with another man.

Out there on the edge of existence, where a person can feel downright shipwrecked, the ever-present Atlantic buffets Evie’s days. The crashing waves mark the time as she confronts obstacles that are at once familiar and unnerving, especially as Frese finely draws them — postpartum depression, deep loss, and the struggle to grow and change in a place that prefers you to stay just as you are. Smart, vulnerable, and not nearly as bad as she thinks she is, Evie must make the choice that so many of us reckon with: to stay or to go. The answer, she finds, is as brave, tender, and complex as she is.

A Q&A with Heather Frese,
author of The Baddest Girl on the Planet 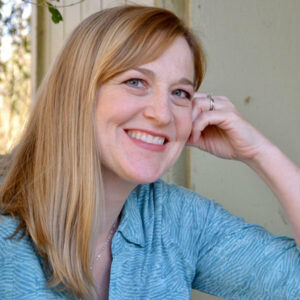 OS: How did you capture the details of Hatteras so vividly?

Heather: Well, I didn’t grow up on Hatteras, but somewhere along the line, I started to wonder what that would be like. That’s how Baddest Girl’s main character, Evie, came to me. I thought of commonplace details that a native would know; for instance, if you live there all year round, you deal with the one main road washing out — the one road that you have to drive up and down just to get to a McDonalds! Details like that make it into the book, and, in turn, shape Evie’s experiences.

OS: We love those details! In what other ways does the landscape influence Evie?

Heather: The setting is so rich both metaphorically and historically — the Cape Hatteras Lighthouse was a big metaphor in the novel because it moved in 1999. For the purposes of the story, I leaned heavily on that metaphor: lighthouses are this beacon of safety and stability, and historically they’re always in the same space — and then they just plucked it up and moved it! In the novel, this event happens exactly when Evie’s family is being destabilized, so the parallelism of what is happening on the island and in her personal life is very strong. Also, the nature of the island itself is in this state of constant motion and change. In Hatteras, the beach is different every single day — things wash away, buildings get knocked down in hurricanes … it’s just this visual way of showing that life is in this constant state of flux.

OS: How is the tight-knit community of Hatteras showcased in The Baddest Girl on the Planet?

Heather: Well, it’s such a small, sweet community — they have this desire to take care of each other that’s really special. It’s sort of like living in a big family, so everyone knows you and everyone knows your ancestors five generations back! When I started thinking of Evie’s character as this girl who gets a bad reputation, I thought to myself, what would that look like in the isolation of Hatteras Island? It’s certainly not something that she could escape easily. In that way, I found that the setting was super integral to her development and her realizing this new version of herself and working for that.

OS: Would you mind sharing a few of your favorite North Carolina authors and books?

Heather: Lee Smith is just wonderful — she grew up in Virginia but lives in North Carolina, now. I’ve always loved her style and say that I write in the tradition of Lee Smith because her books are voice-driven, character-driven, humorous. I also enjoy Angel Khoury. She just published a book, Between Tides, that I’m really excited about. Finally, Michelle Young-Stone — she wrote The Handbook for Lightning Strike Survivors, which is just brilliant.