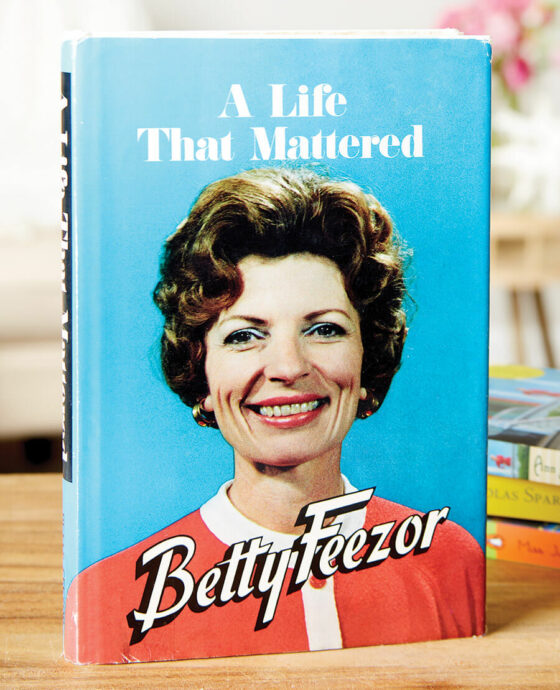 Behind the blue door of Tybrisa Books, the scent of wood and paper wafts from the pine shelves, greeting customers as they step inside and walk down aisles lined with more than 25,000 hardcovers and paperbacks. In 2018, the shop’s owners, Cliff and Michelle Mahaffey, were inspired by their daughter, children’s author Caitlynne Garland, to open what they believe to be western North Carolina’s only $1 bookstore. The Mahaffeys wanted their Lenoir shop to be an inviting space that celebrates the joys and mysteries of used books — the serendipity of discovery and the multitude of readers who’ve enjoyed them and passed them along.

The majority of books cost $1 or 50 cents, except for new books written by local authors, like Garland, who set their own prices. With its thousands of titles, from children’s books and mysteries to cookbooks and classic fiction, Tybrisa pays tribute to the written word in North Carolina.

The Notebook by Nicholas Sparks

When lumberyard worker Noah Calhoun sees Allie Nelson at a carnival in New Bern one summer, he’s instantly smitten. Social class differences and Noah’s enlistment into World War II separate them, but when he returns home 14 years later, it’s evident that their romance is far from over. “Sparks bares the raw emotion of love, dedication, and loss that most of us have [experienced] or may face in our lifetimes,” Mahaffey says.

In this 23-novel series, Hendersonville author Ann B. Ross tells the story of Miss Julia, an elderly widow living in a small Appalachian community. After the unexpected death of her husband, Miss Julia finds strength through shocking — and often comical — events outside of her control. “Miss Julia books are like cozy mysteries,” Mahaffey says. “They’re lighthearted and fun!”

From 1953 to 1977, Betty Feezor hosted her namesake cooking and home decorating show, which was the first in the world to be broadcast in color. More than four decades later, her biography and collection of Southern recipes are still beloved by readers across the state. “Betty’s books fly out the door, but we usually have at least one in stock,” Mahaffey says. “They bring back a sense of nostalgia for those who watched her show years ago.”