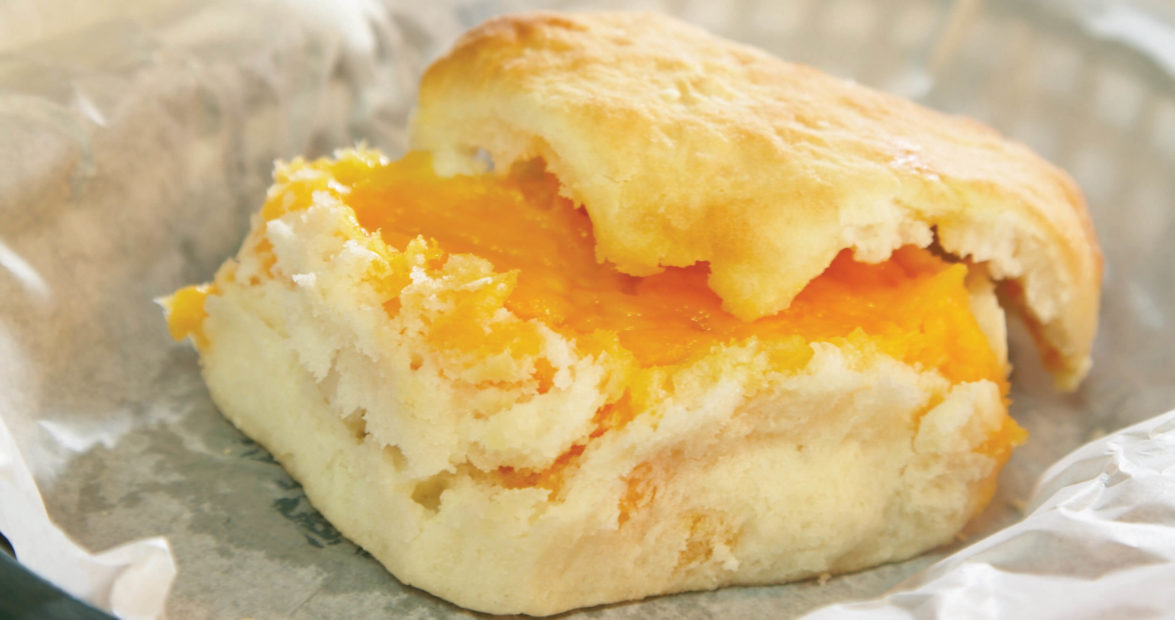 Susan Webb-Warren works in a large bank in downtown Wilson, so she and her coworker LaTosha Bryant have to hit the ground running in the morning.

“From the time we walk in the door, it’s busy,” Webb-Warren says. “Flo’s gets us in the right frame of mind to face anything and say, ‘No worries!’”

Flo’s Kitchen is a tiny restaurant in an old building that looks like a long-ago service station, and seating is limited. “But that doesn’t stop people from going in and sitting elbow to elbow to get that good cooking,” she says. Webb-Warren often stops at the take-out window on her way to work and orders her favorite, a cheese biscuit.

Flo was owner Linda Brewer’s mother, Florence Williams. “She was known for her from-scratch, cat-head biscuits,” Brewer says, explaining that they were named for their size. “We start out in a bowl with flour, lard, and buttermilk, and then we knead it and knead it and knead it.” Flo died three years ago at age 80, but the reputation of her biscuits lives on.

Webb-Warren also appreciates the restaurant’s Southern hospitality. “We treat everybody special,” Brewer says. “I tell people, ‘Come on down to Flo’s, where everybody goes.’”