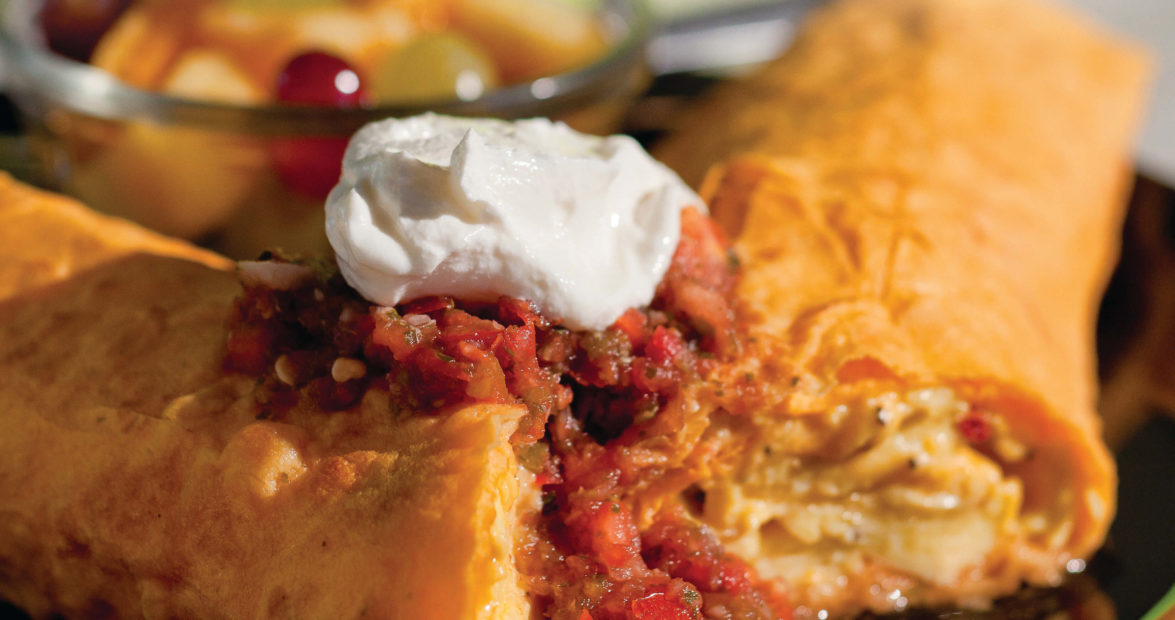 Carla Hackaday, a Winston-Salem speech pathologist, admits she could fix her own breakfast. “I’m pretty basic — two eggs scrambled hard with cheese, served with toast and grits,” she says. “Simple, right? Why don’t I just prepare it at home? Because it is so good when it comes from Mary’s.”

Hackaday says that Mary’s eggs are local and her grits are from Old Mill of Guilford. “If it’s local, Mary tries to support it,” Hackaday says. She knows some people “don’t give two hoots about supporting local businesses, but the bottom line is how things taste. The first time I brought my parents here, my mom couldn’t stop raving about the eggs.”

Hackaday’s dad orders the breakfast burrito with bacon, grits, and “a biscuit the size of your hand.” She and her mom often order the breakfast special.

Owner Mary Haglund operated a restaurant called Mary’s Of Course on Brookstown Avenue for 10 years. In 2010, she moved downtown and named her new venue Breakfast Of Course! (Mary’s Too). After tweaking the menu, she settled on the current name, Mary’s Gourmet Diner.

The walls are decked out with an eclectic mix of paintings by local artists, and the patrons are as diverse as the art: “Students, professionals, families, singles. Buttoned-up, straight-laced types mingle with tattooed, pierced, multicolored-hair types, and everyone in between,” Hackaday says.

Hackaday also enjoys Mary and her daughters, Tamis and Shama, and other staff members who make diners feel at home. “They have different personalities and styles, but they [all] encompass the feeling of Mary’s Gourmet Diner. They know you.”