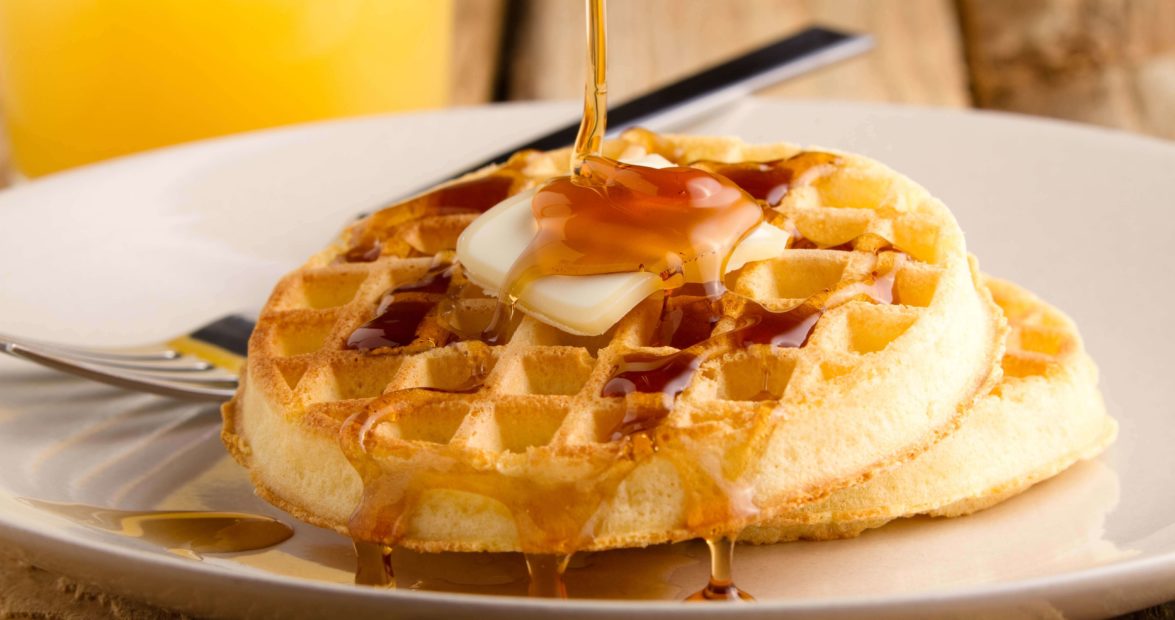 Brandy Drake says she’s been going to The Breakfast Nook since she was old enough to eat solid food. Over the years, she’s learned: “You must get there early.” As in way before 7 o’clock, when there’s already a line (they open at 4:30 a.m.).

What’s on the menu that would rouse a senior at Pfeiffer University from bed that early? Belgian waffles.

“It is pure amazement how they get a waffle so perfectly golden, with just the right combination of chewy and crunchy,” says Drake, who often eats at The Nook while visiting her grandparents in Locust. “They bring the syrup and margarine bottle to your table and let you decide how sticky and sweet you want your breakfast to be.”

The tiny brick building has stood on South Second Street seemingly forever. “It tends to blend in with the tire shops and service stations that surround it,” she says.

But don’t be fooled by appearances. Inside, diners find more than breakfast. “Breakfast has become a luxury in this age of people always on the go,” Drake says. “Having somewhere to get breakfast that consistently delivers deliciousness is almost equivalent to a trip to grandma’s.”