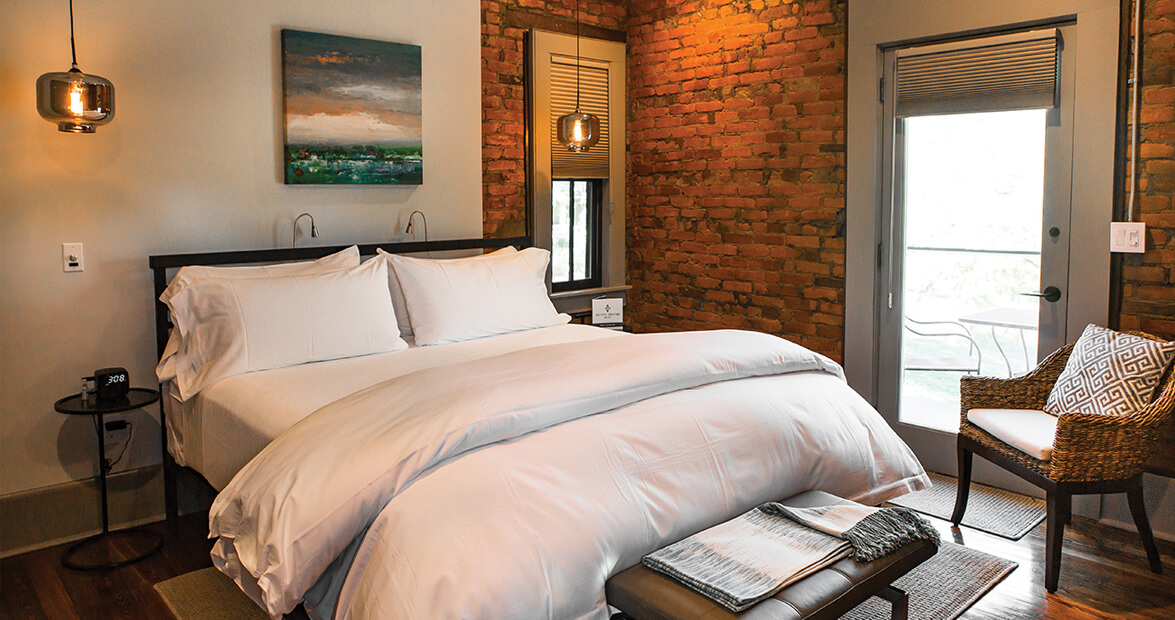 She loved the look of exposed brick — so warm and full of character — so when Ridgely Dubel bought the old Bunn residence in her Asheville neighborhood with the intention of turning it into a boutique hotel, the first thing she did was chip away at the drywall.

She intended to expose only one wall in the six-room house. But the brick was in such good shape — so rich and full of history — she kept going.

William Albert Bunn built this house with his own bricks in 1905. A brickmaker from England, Bunn’s work brought him to the United States — first to New Jersey, then to North Carolina.

He opened his brick business on Charlotte Street in Asheville and, eager for permanence, he built a home, a red-brick Colonial Revival two blocks from downtown, for his wife and three children. 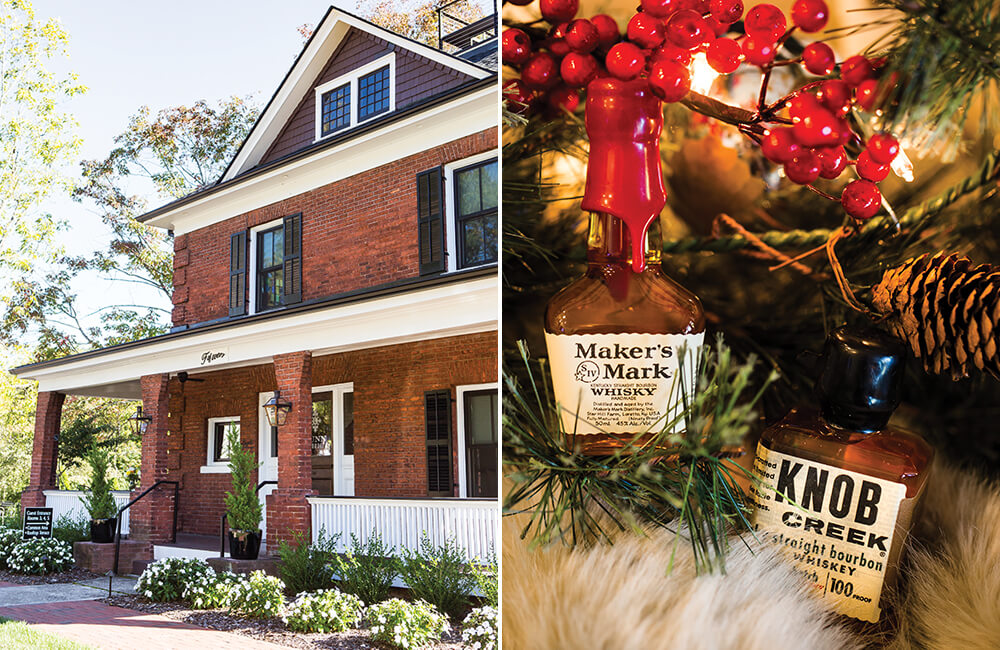 The Bunn House exudes warmth through its original brick walls, the cozy linens atop the beds, and the Holiday Cheer tree, inviting guests to make a toast “on us.” photograph by Tim Robison

Albert died in 1928, and his youngest son, Robert, took ownership of the house with his wife, Fannie, a schoolteacher. The couple had no children, but they were active in the community. They owned an antiques store on Biltmore Avenue for many years, and when Robert died in 1994, Fannie stayed in the house, tending to the community garden she created in the side yard.

Ridgely Dubel and her husband moved to the neighborhood in 2008; Fannie died in 2010. For months, the Dubels watched developers coming and going, and it worried them.

“If we didn’t buy the property, we were afraid it would be leveled and made into a high-rise,” Ridgely says. So in 2013, the Dubels became the second family to own the century-old house. They christened it Bunn House, and set to work on renovations.

A physical therapist, Ridgely knew her patients often had difficulty getting a good night’s sleep. Her first priority for the new inn was comfort. She worked with Colton Mattress in Asheville to custom-build each mattress to her specifications; at Four Corners Home, she bought the perfect king-size beds.

And the list of luxuries grew. She added Frette linens and lavender pillow misters. She installed sound machines in each room and put steam showers into each bathroom. And although the hotel doesn’t provide breakfast, Ridgely outfitted each room with a Nespresso coffee/espresso machine and stocked the in-room refrigerators with locally made granola and beef jerky.

In April 2015, Ridgely’s daughter, Ashley, moved from Raleigh with her husband to help her mother run the inn. The couple has an 11-month-old son now, and has settled into their life in Asheville, just as their parents did, just as the Bunn family did. Ridgely and Ashley spend their days together now, mother and daughter taking care of an Asheville landmark and creating a foundation for travelers to feel at home.