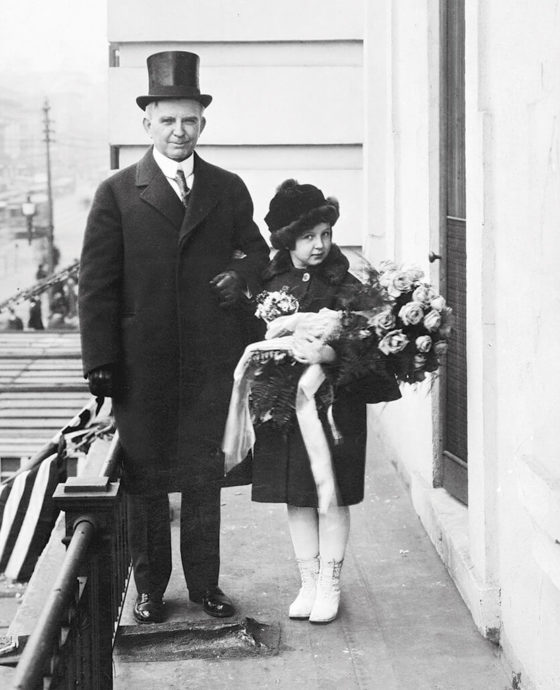 When Cameron Morrison was inaugurated as governor of North Carolina in 1921, Angelia was by his side. She attended all of the requisite receptions. She shook hands. She smiled. She performed all of the duties that a first lady traditionally performs.

Her mother had died two years earlier, so Angelia and her aunt Ida were given first lady duties, performing them until Morrison, a lawyer from Charlotte, remarried in 1924. North Carolinians were enamored with her: “The state likes Angelia and it welcomed her with courtesies probably exceeding any ever accorded a child of Carolina,” the Charlotte Observer reported.

Angelia’s service to the state didn’t stop when her father remarried. As an adult, she ran an antiques business, supported her church, served on the Executive Mansion’s fine arts committee, and donated generously to a handful of Charlotte institutions, including Queen’s College and the Mint Museum.

But Angelia’s legacy doesn’t stop there. Her children went on to — this is not an exaggeration — help create modern-day Charlotte. Her daughter Sara married “Smoky” Bissell, who established the Ballantyne neighborhood. Her son Cameron helped bring the Democratic National Convention to town in 2012. And her son Johnny’s real estate company, Lincoln Harris, is behind a lot of development in SouthPark.

Angelia Morrison Harris died in 1983, but her memory lives on in her favorite trees, ginkgos, which her children planted on every corner of Johnston Road and Ballantyne Commons Parkway — a reminder of a woman who gave Charlotte so much.