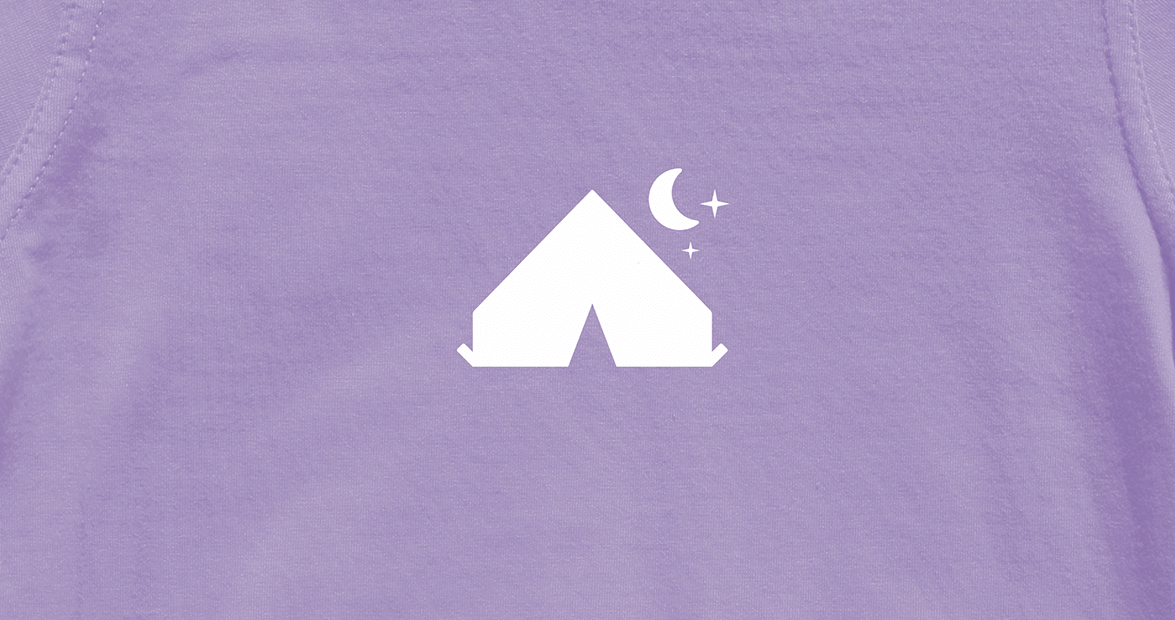 I remember her first name, but not her last, and I can’t print it here anyway, so it doesn’t matter. I didn’t remember at first how old we were, but I’ve pieced it back together: She would’ve been 13; I’d have been 12. This was the very late ’80s, at Camp Kanuga, up in the near-rainforest outside of Hendersonville. I also remember that she wore a red bandanna in her hair. Jeans. Plain white T-shirts. She was taller than I was, though that’s not particularly helpful: Most people are taller than I am now, and most were taller then. She was a junior counselor — a “JC” — or a camper-counselor, or something. I was in the oldest boys’ cabin, which was called The Foxhole. Like everybody else who lived there, I wrote my name on the roof rafters. Please let it still be there.

We slow-danced, Annie and I — though that’s not her name — to The Rolling Stones’ “Wild Horses.” There were two camp dances that session. We danced to “Wild Horses” each time. I’ve got the whole thing set up as somehow illicit, she being a JC and me just a camper — it was at least a kind of triumph, right? That’s how I’ve always thought of it. Except: They let us dance. Whoever “they” were. And this was a church camp. So the whole thing probably had to be — well, pretty licit. On account of we were dancing right out in the open along with everybody else. Which all these years later is a bit of a disappointment.

Memory is a suspect thing. Kissing, too. Annie kissed me like she meant it. I kissed her like a kid trying to hit a ball off a tee.

This was either the summer I was sneaking out of the cabin in the middle of the night to smoke cigarettes with the kid we called Beaufort, or it wasn’t. I can still taste those cigarettes. It may have been the summer Mike (or was it Jerry?), an older counselor we all worshipped, hit a baseball from The Foxhole to the lake, a distance of surely half a mile. The color of that lake, or the not-color: something like green, something less than clear. We played a lot of Frisbee down in a half-swamp called The Bottoms. We camped out at Covered Wagons, at Eagle Rock. There were other campsites, but I don’t recall their names. On one campout, high up a mountainside, a storm blew in. The counselors — the full-blown counselor-counselors — had us squat down and stand on one leg at the same time, as though that might save us from lightning. I remember the blue tarps we slept under, the feel of that plastic as we folded them tight the next day. 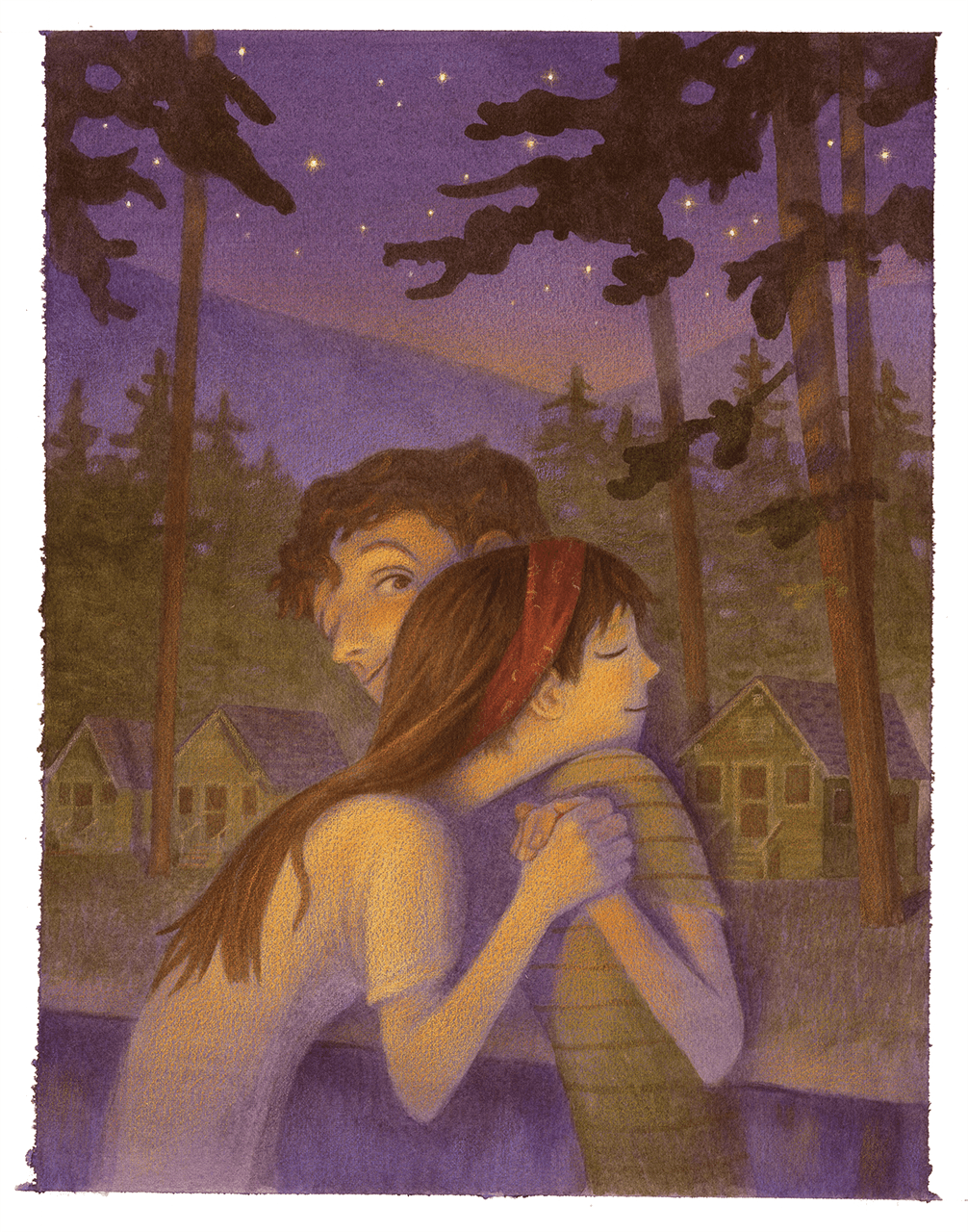 I think the pavilion in which the dances were held was called The Pavilion. There was a concrete floor. Or wood. I’m almost certain there was a deck overlooking the lake. Annie and I shared a Snickers and a Sunkist from the commissary and stood out on that deck under the stars, promising we’d write each other letters for the rest of our lives. What we could hear: wind in the trees, owls, the opening bars of the love theme from Top Gun.

I remember her handwriting. It was crabbed and compressed and extremely cool. It seemed to speak to something serious. Later, she sent me a mixtape with Squeeze’s “Take Me I’m Yours” on it. I’d never heard of Squeeze. I’d also never heard The Rolling Stones’ “Wild Horses.” I had slow-danced before, but not at all like that.

First kisses are critical. Canonical. They are a line drawn between the before and the after. Second kisses, however — and by this I mean with a second person — are an education. I don’t think Annie was the second person I ever kissed. I believe she was the third. But I know she was the first who knew what she was doing.

The whole camp held hands and sang “Kumbaya” every night out in the big sloping field. I want to say Orion wheeled overhead, but that’s the wrong season. Every other star in the sky spun past. In the frantic, dashing moments when the circle broke, when the singing was done, when you were supposed to head, eventually, down the trails through the black-dark woods to your own cabin — that was when we had motive and opportunity, cover of night and general confusion. Now there are other romantic things consenting persons do with one another, but this was well before I had done or even thought much about any of those things. Which means there was only kissing. Of various varieties. I had heard of the varieties. I had not until that summer, however, participated in any but the most basic.

I was in love, of course. This was during the time when I was serially in love. I couldn’t figure out why you’d have time for anything else. I never really have. I want to say that I was a little famous in The Foxhole, but that isn’t so. Other boys had girlfriends. I remember she put her chin in the soft spot between my shoulder and neck while we danced. And I remember little things: the huge choir of cicadas up in the trees. The luminaries lighting the path to the last campfire. The buddy tags on the Buddy Board at the swimming beach. I remember I took her buddy tag home with me, hung it on the wall of my room. I think she might have given me her bandanna. I feel like I can remember it folded neatly in my dresser drawer.

Memory is a suspect thing. Kissing, too. Annie kissed me like she meant it. I kissed her like a kid trying to hit a ball off a tee. She smelled like pine needles. I fear I smelled like a 12-year-old boy. I’m listening to “Wild Horses” as I write these last lines, trying to get this right. It doesn’t matter; it won’t happen. It can’t. But play me that song, and I know exactly where, and when, I am. The mountains. Those cooling nights. One of the very last of my summer-camp years. Those days so far gone. Good night, Mrs. Whatever-Your-Last-Name-Is, wherever you are.