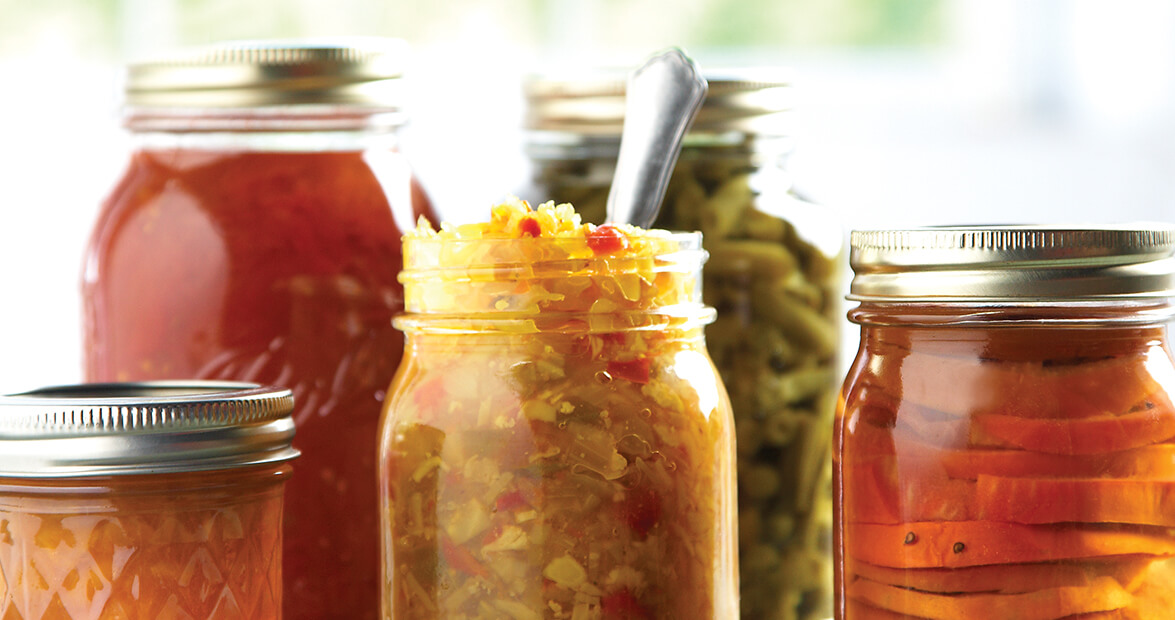 In my kitchen in Raleigh, the pings and pops come when the jars are lined up along my red Formica countertop, cooling after their dip in the boiling water. The canning pot is still steaming. A Dutch oven waits to be washed after simmering whatever I “put up” — salsa, jam, brine for pickles.

Most people no longer need to can food. Once, a stocked pantry meant survival through the winter. Today, canning is a hobby for most people — a way to preserve their garden’s bounty, or to reconnect with their grandparents’ experience. Today, a pantry full of home-canned goods means you’re never without a gift for a friend or a way to brighten a meal on a cold, gray day.

Like other hobbies, canning is only really understood by others also drawn to it. The secret handshake of the canning club is the act of returning empty jars to the home cook who shared a sample from his or her pantry. Only someone who truly appreciates the time and effort it took to fill those jars understands the courtesy of returning the empty ones. For those who don’t can, returning the empties increases the likelihood of getting more such treats in the future.

Right now is the last dash of canning season. From now until late October, those in the club are counting down until the winter’s first frost ends summer’s abundance.

The canning season starts slowly, in the spring. An avid canner, like me, may warm up with a batch of pickled carrots, cut into sticks or coins. But the season truly starts with the arrival of strawberries — those ruby red jars of jams, preserves, and syrups are a mainstay of any canner’s pantry — and freestone peaches. With cucumbers comes the crush of canning work. There are so many variations on that pickle: bread-and-butter, sweet, and dill; whole, spears, slices, and relish. And then the tomatoes and peppers arrive.

In the fall, I’m always struck by the genius of the home cooks who canned before me. They developed recipes to put up the last of the garden vegetables before the frost hit. Why else would we have dozens of recipes for canned green tomatoes? Those hard orbs are made edible by pickling slices, quarters, or halves, or chopping them into relish.

The ultimate “cleanup” recipe is chowchow. The main ingredients are what’s often left in the garden: green tomatoes, cabbage, peppers, and onions. But you might also see cucumbers, carrots, cauliflower, green beans, and zucchini. Chowchow can be used to top hot dogs, hamburgers, a bowl of pinto beans. It can be folded into potato or macaroni salad, or used to spice up chicken or egg salad.

I love seeing those turmeric yellow-tinged jars lined up on a shelf. It’s not only the ping that gives me satisfaction. It’s also the sight of a full pantry. I love watching that collection grow as spring and summer turn into fall. I feel a connection to the home cooks who canned out of survival, their pantry shelves providing security for their families through the winter. My stash assures me that we’re eating better — all because of those long days, months before, in a hot, steamy kitchen.

Get some inspiration to stock your own pantry by checking out 8 home canning recipes from the Our State archives.