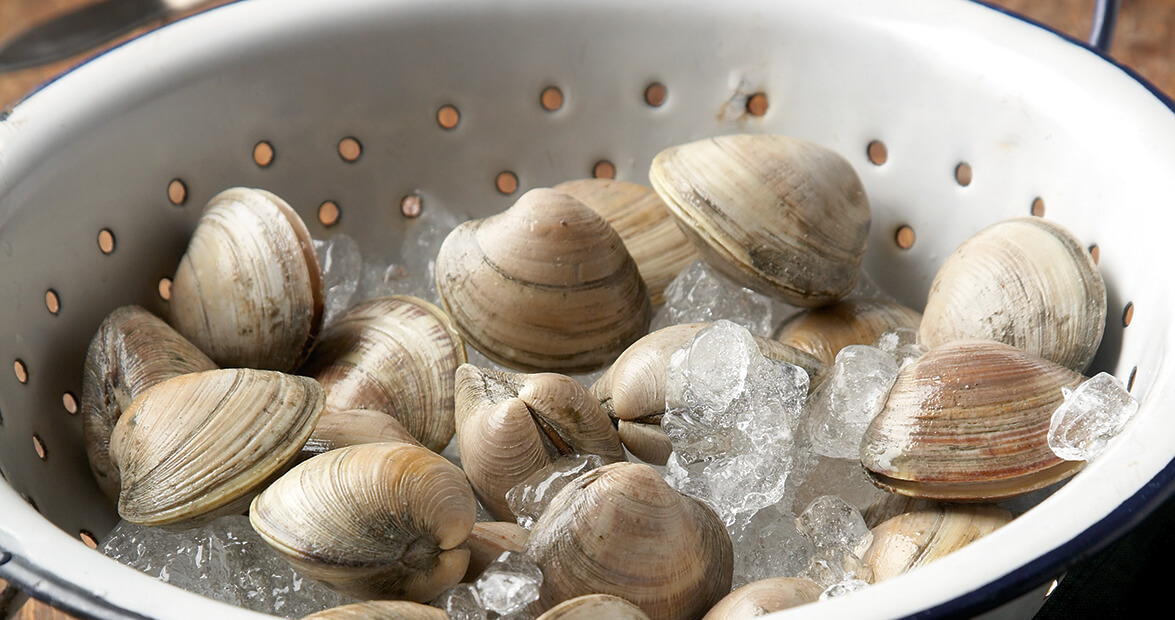 The clam chowder began as a pastime. Growing up, Louise Graham lived in Wilmington. But she spent her summers in Wrightsville Beach, where her family owned a home. That’s where she first went clamming.

Graham’s family would scout the island’s many creeks and estuaries for a good spot to set a shovel in the sandy muck and dig. She’s 66 now, but Graham still remembers the excitement created by the sight of a brownish-gray clamshell. If they found enough of them, a pot of clam chowder was inevitable.

Graham cooks a Manhattan-style clam chowder today. The recipe is simple — most of its ingredients can be found in a typical pantry — and it always makes a hearty meal, or two.

“I usually freeze some in quart-size plastic containers to heat up later,” Graham says.

She takes some of the frozen chowder to a fall bazaar in Wilmington, run by a group called the Ministering Circle.

The group began in 1888, when 10 local women came together to organize fund-raisers for community needs, such as a home for sick children and a horse-drawn ambulance for the hospital. Today it’s still a tight-knit bunch of women, with membership capped at 50 active members. Membership is often a legacy, with one generation passing it down to the next.

Graham’s mother-in-law introduced her to the Circle. The group meets once a month, except in the summer, and it raises money for nursing scholarships through the bazaar and the sale of its cookbook Cape Fear … Still Cooking.

Published in 1999, the cookbook is the Ministering Circle’s fourth. Some of the cookbook’s more than 600 recipes can be traced back for generations through the history of the Circle.

And some of them are a nod to the region, including Graham’s chowder, which she named Cape Fear Clam Chowder in honor of the place where she first went clamming.