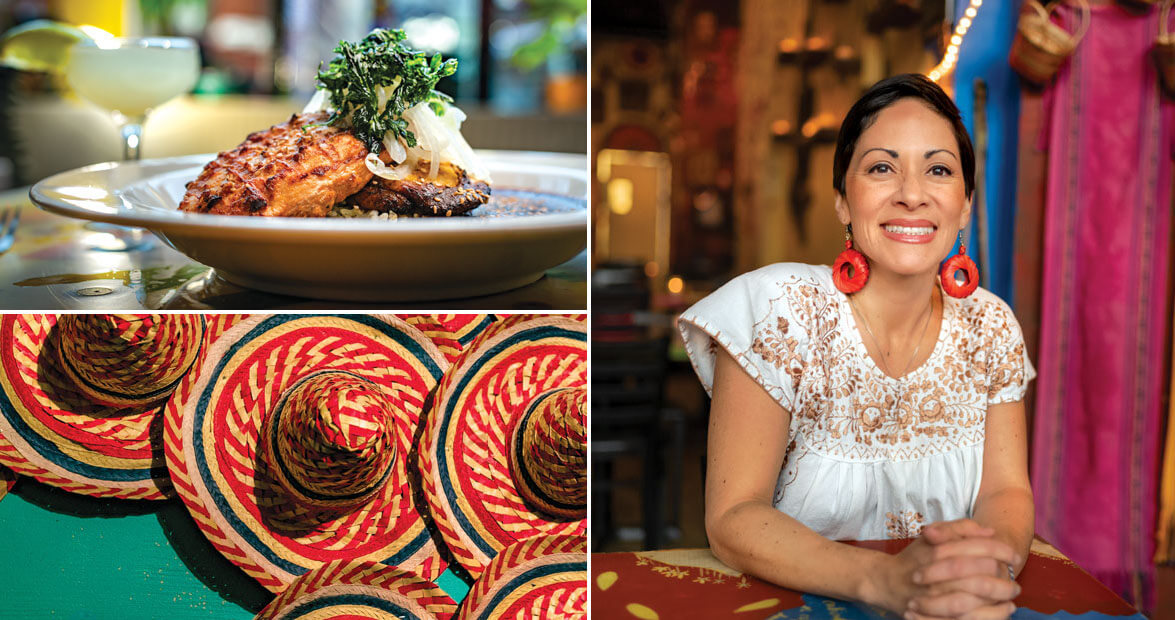 In many ways, what Angela Salamanca is trying to recreate at Centro, her restaurant in downtown Raleigh, is the magic of her first visit to Oaxaca, Mexico. That mid-2000s trip with her uncle Carlos was a revelation.

She and Carlos took cooking classes with Chef Pilar Cabrera of La Olla restaurant. Cabrera helped them shop for ingredients at the market and taught them how to make sopa de tortilla and chiles en nogada, meat-stuffed poblano peppers slathered in a walnut cream sauce and dotted with red pomegranate seeds, a dish created to commemorate Mexican independence.

They visited artists’ studios to see barro negro pottery, a style unique to Oaxaca, and the carved wooden mythical creatures called alebrijes. And they sipped mezcal — Angela’s first taste of the smoky liquor and its many flavored variations.

“We came back from that first trip with lots of things from the market to use for decoration here, recipes from Pilar, and inspiration from the different meals we had. That’s driven a lot of what I do,” Angela says. “Whenever I travel anywhere, I’m always bringing inspiration back. For me, it’s about the experience. It felt so genuine, so real, so beautiful.”

Angela’s travels, including many return trips to Oaxaca, anchor all of her entrepreneurial endeavors — Centro, Gallo Pelón, the mezcal bar upstairs, and Ex Voto, her heirloom corn-centric restaurant opening this year in Durham Food Hall. She explains: “I want to share these beautiful experiences that I have had.”

At 17, Angela came to the United States from Colombia to work at Carlos’s north Raleigh restaurant, Dos Taquitos, for six months. The plan was to study English and return to Bogotá for college. Instead, she decided to stay. “It was easy to arrive in Raleigh,” she explains. “I had a place to stay, a job to work, and I had structure. Now, I’m so grateful this is where I landed. Raleigh is growing in a beautiful way.”

“Angela cooks from the heart. She hasn’t forgotten that it’s fun.”

She earned an art degree from the University of North Carolina at Chapel Hill and worked a few years for a Raleigh theater program. Two events prompted her to go into business with her uncle, with whom she had always shared a passion for good food: the unexpected death of her sister and the birth of her second child. Angela, who had grown up in a financially unstable household, wanted to be her own boss and to provide a different childhood for her own children.

Carlos, who was looking to open a downtown Dos Taquitos, proposed they team up for the effort. There were challenges, though. Shortly before opening, Carlos announced that he had fallen in love and abruptly left the country to get married. Angela was left to open Dos Taquitos Centro on her own in September 2007.

A year later, the executive chef died, and Angela, who had only worked as a server or manager, took over the kitchen, a role she then held for three years. “It was really hard. This is the only experience I had cooking in a restaurant. I was so in over my head that I didn’t know,” she says.

Yet her naivete was also a blessing: She didn’t know how hard it was going to be, so she simply put her head down and did the work.

Along the way, Centro became her restaurant, distinguishing itself from Dos Taquitos. It evolved, offering two distinct experiences depending upon the time of day. At lunch, the restaurant is all about efficiency, serving chips and salsa, tacos, and tortas to hungry office workers as quickly as possible.

At night, Centro is more upscale, with its candlelit dining room and seasonal fare, including organic chicken atop mole poblano, North Carolina shrimp with a Veracruzana sauce, and grass-fed steak tucked inside enchiladas. In 2015, Angela opened Gallo Pelón mezcaleria upstairs, stocking it with one of the largest selections of mezcals in the Southeast. 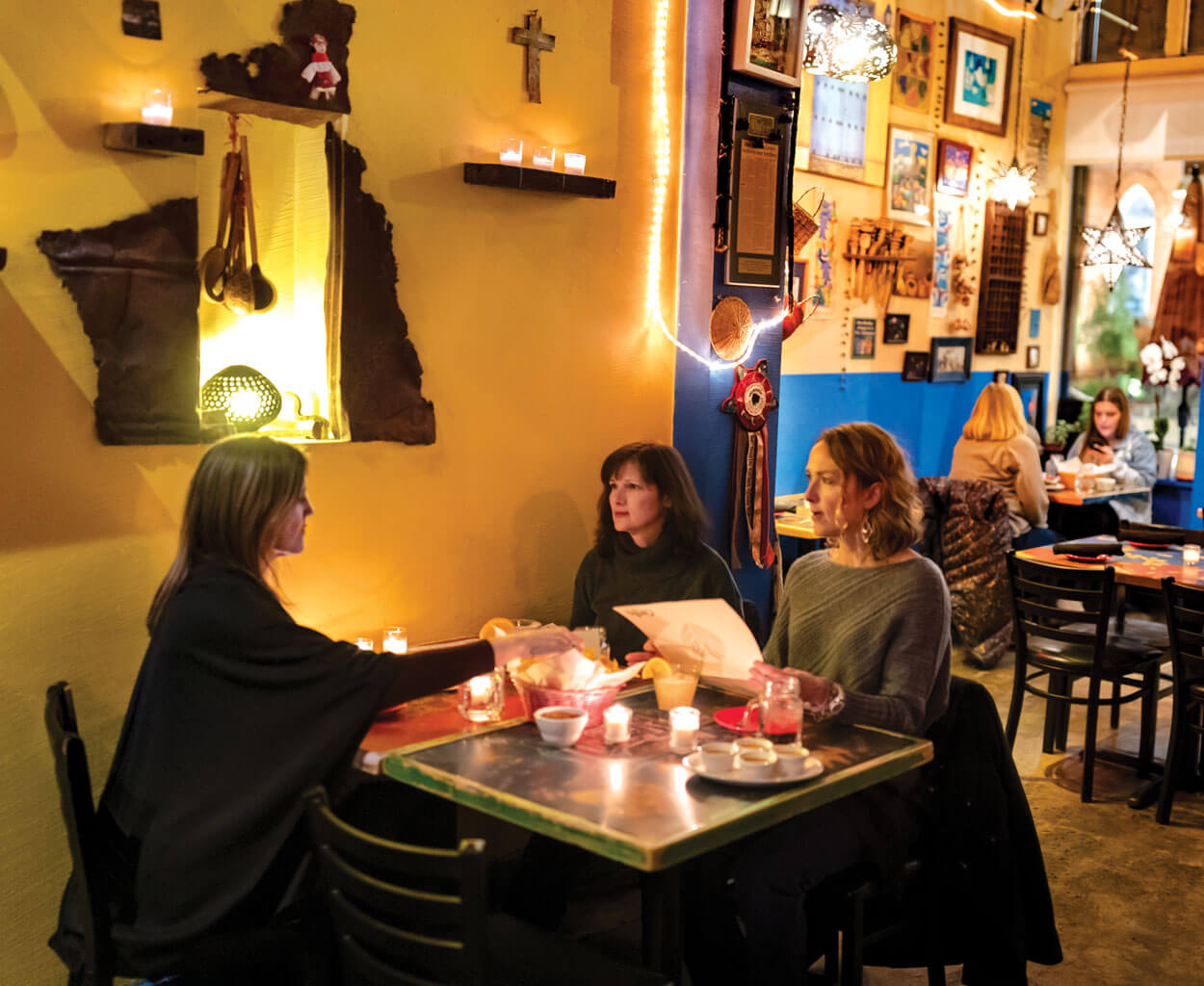 Over the years, Angela has made Centro — originally a second location of Dos Taquitos restaurant — her own. photograph by Charles Harris

Angela’s familiar but fresh take on Mexican food draws regulars back again and again. Trish Healy and her husband, John, moved to Raleigh in 2005, when downtown was deserted after 5 p.m.