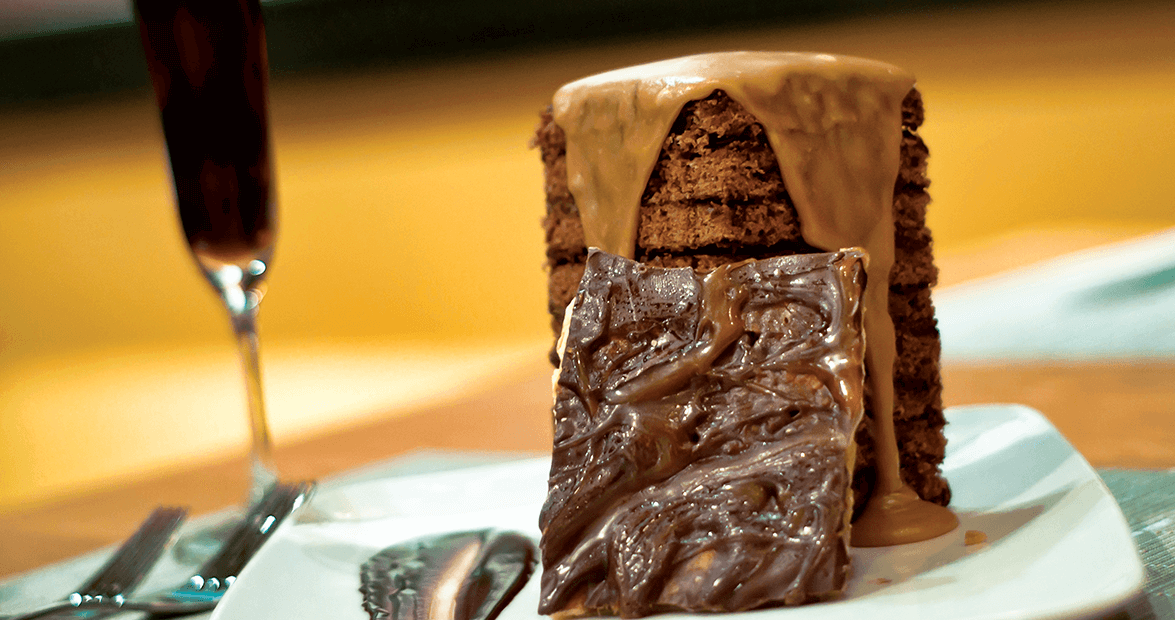 They’re not chilling soup in the bathtub anymore. Before they came to Kinston, Vivian Howard and Benjamin Knight, wife and husband, lived in a small apartment in the ungentrified part of Harlem and eked out a living working in kitchens and waiting tables. One winter, they started a soup business out of their home. Every week, they emailed the menu to their client base, cooked it up in their 35-square-foot kitchen, chilled it in the bathtub, and delivered it around the city on their day off. Some investors offered to put them up with a real kitchen and a storefront. Then Howard and Knight got the kind of opportunity they’d never get in New York — an offer from her family to help open a full restaurant in eastern North Carolina.

And so they came to Kinston, this beautiful ex-tobacco town, and opened Chef and the Farmer in a former mule barn, former gift shop, former print shop a block off of the main boulevard. 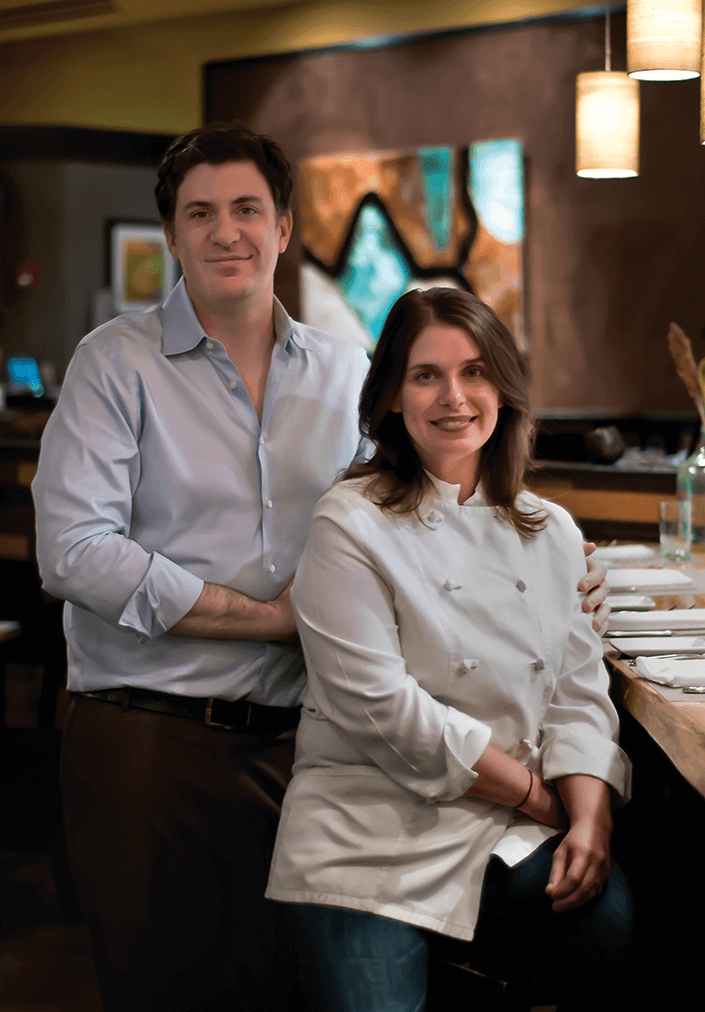 Howard is from around here. She grew up on a farm 15 miles away, near Deep Run, in the house where she and her husband now live. Her cotton-and-hog-farmer dad used to send her to school with a sausage biscuit and a honey bun for lunch.

But it was New York City, where Howard went after college, that gave Howard her start in the food business. She worked in advertising, until she quit and ended up getting hired at Voyage, the now-defunct West Village restaurant. There, her comfort with Southern food turned out to be an asset with the African-American chef.

It was also at Voyage that Howard met her husband.

“The number one question I get asked is ‘Are you the farmer?’ ” Knight quips. He’s not. Rather, the Chicago-native, who claims to have once planted 57 tomato plants only to yield one tomato, got into the restaurant business the old-fashioned way: supporting his aspirations as an artist.

Now, he’s the manager to Howard’s chef. Together, the pair has spent the last five years in this corner of eastern North Carolina building up Chef & the Farmer into a surprising 33-employee enterprise with a AAA Four-Diamond rating.

Their touch is everywhere inside. The first thing that greets you when you walk in is a giant cotton bale wrapped in burlap and Christmas lights, standing in the corner like some giant, sackcloth-clad SpongeBob Squarepants (actually, it’s a “small” keepsake from her father’s first cotton harvest). Knight’s paintings also loom large, with a wall-size triptych of fat, angular coal seams running through glacial chunks of ash, turquoise, and mud.

The fruits of Howard’s most important contribution — the menu — come from a kitchen three times the size of their entire Harlem apartment. Pressed for a dish that epitomizes her approach, she thinks about it, starts a few times, and then names her braised pork shoulder and sweet potato lasagna with hand-rolled noodles.

Whether the fine-dining market in post-tobacco Kinston was large enough to support such a restaurant was an open question when Chef & the Farmer began. “Everyone fully expected us to fail,” Howard says. “It seemed like a preposterous thing to do.”

But after a year and a half of some lean nights, they started to build a wider following. Kinston, as it happens, is well triangulated between Greenville, Goldsboro, and New Bern, all of which provide the restaurant with a steady stream of customers. 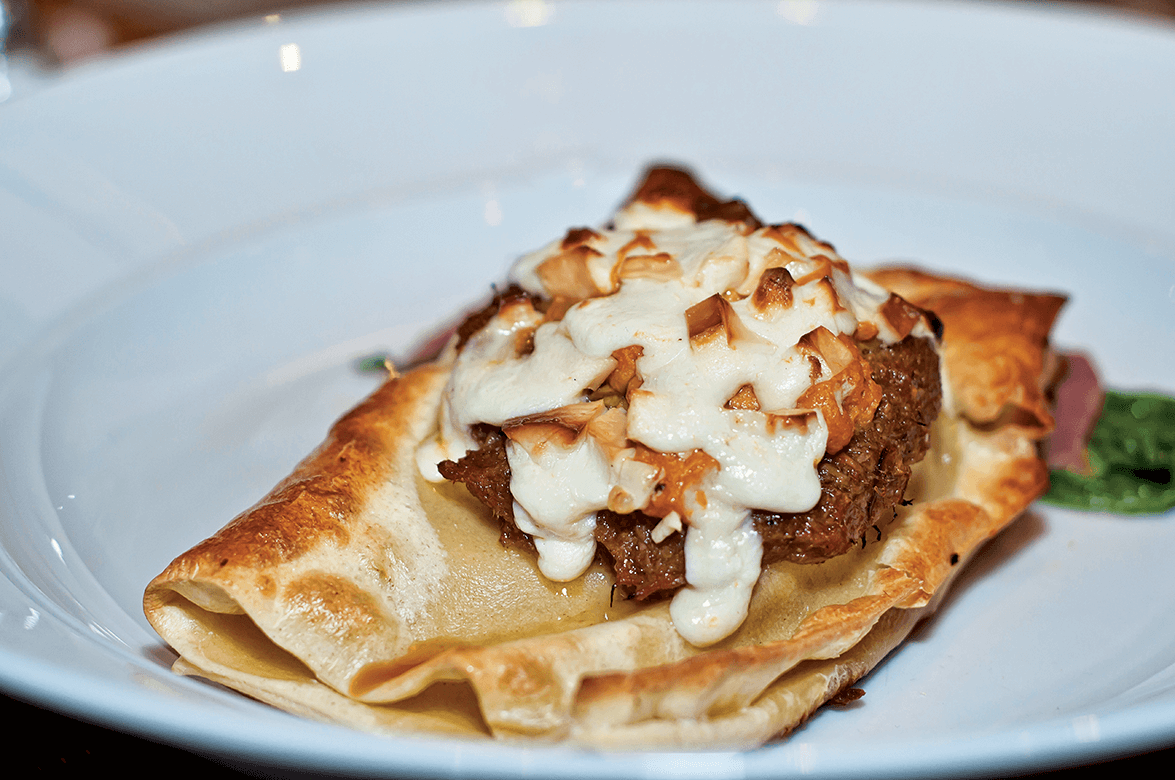 And local farms, boosted by the state’s Golden LEAF program, have been transitioning from tobacco to food crops, putting Chef & the Farmer right in the heart of local-food country. “That’s the beauty of having this type of restaurant right here,” Howard says. “This morning I stopped at my neighbor’s — who’s one of our farmers — and picked up some peppers on the way to work.”

Chef & the Farmer now looks less like an aberration than the first wave of a rising tide.

Howard and Knight plan to ride right along with it. Knight has a small art space next to a prominent new microbrewery and is kicking around the idea of a New York-style gallery with the studio behind it. “And as this community grows, and we have a lot of hope for it,” Howard says, “we have some ideas of other restaurants we’d like to see.”