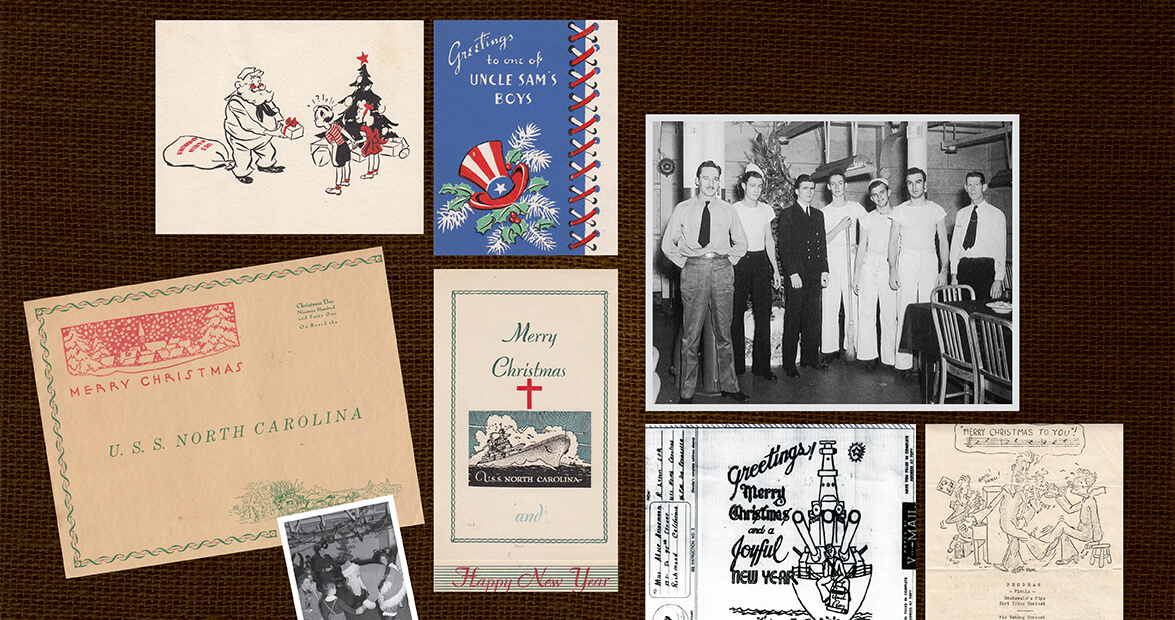 You’re north of the Tropic of Capricorn and east of the continent of Australia, with the Coral Sea on one side and the Pacific Ocean on the other. Nearby places have names like Maewo and Nguna and Mount Tabwemasana.

It’s summer in the Southern Hemisphere, and you’re here for some R & R after 30 days at sea. But it’s December, and it seems like it should be winter, not warm. Still, what can you do? Your country is at war, in conflicts that stretch across the world. You’re a patriot and a sailor in the United States Navy, or maybe a Marine, and orders are orders, even in the New Hebrides islands, even aboard the USS North Carolina. 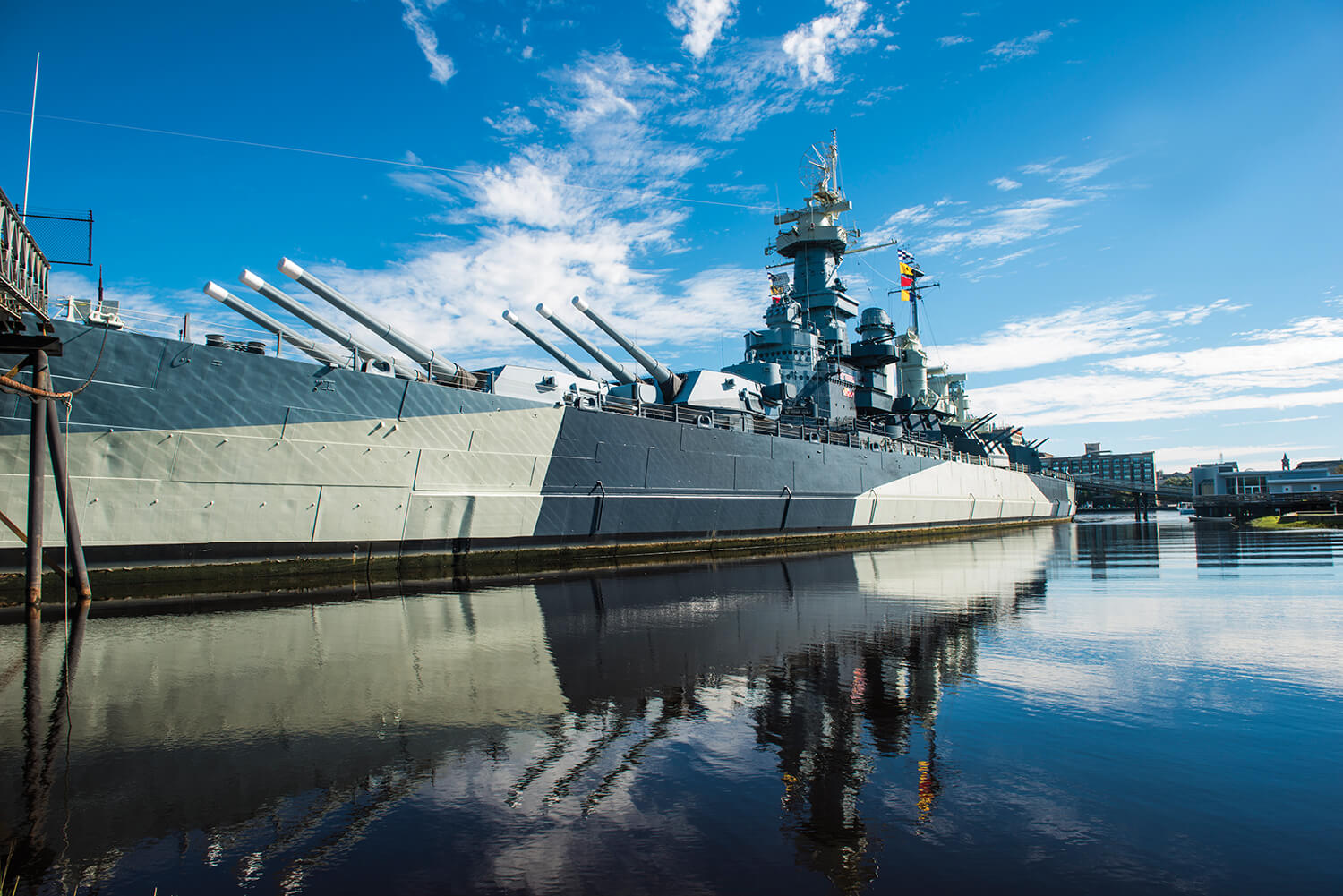 The warship that bears our state’s name arrived here in 1961, and has been docked across the Cape Fear River from Wilmington ever since. photograph by Bryan Regan

At any given time, 2,339 servicemen manned the “showcase” battleship that had steamed into Pearl Harbor — and raised morale — 18 months earlier. Many members of the crew were husbands and fathers who would be spending the holiday thousands of miles away from their wives and children. And they couldn’t even have a peaceful Christmas Day with a planned church service; orders had come in that the USS North Carolina would ship out Christmas morning to provide support for a carrier attack.

Bing Crosby had recorded “I’ll Be Home for Christmas” just a few months earlier, in October. And like the last line says, you knew you’d only be home for Christmas in your dreams. But there’d been a show, after all, and what’s not to love about a burlesque? Good old Chaplain Everett Wuebbens had arranged it all, with skits and dances, comedy bits, and a strip tease (!). The biggest laughs, and applause, went to the guys who dressed in drag. (Six years later, actors would do the same thing in South Pacific on Broadway, and they’d win a Pulitzer Prize. Because what’s sexier or more award-worthy than a wig made out of manila roping?)

But — wha? Nobody mentioned a movie. There’s that familiar flapping, as a dropped filmstrip flitters around before catching, the brief burning smell as the projector light heats. If it’s a training or recon film, somebody sure got their timing wrong. Talk about your Christmas anticlimax.

The movie starts, and — wait, isn’t that Frank’s wife? Hold on. That’s Nancy, all right, with their son Tommy, and he’s opening a present … a cap pistol — and that’s Badger’s boy Mark, now, unwrapping what looks like a board game — Parcheesi? And there’s … that’s — oh God, that’s your Janie. With Ben. The kids. Your Laurie.

Ship chaplain E. P. Wuebbens had done more than orchestrate Christmas entertainment. Months earlier, in August, he’d collected $5 from the crew dads, for a grand total of $2,404.25, and had written to Macy’s department store, enclosing the funds and requesting that Christmas presents — Wuebbens suggested a $3 limit for each gift — be purchased and mailed to the 729 sons, daughters, brothers, and sisters of those men on the ship. Whether a football, a Raggedy Ann, a stuffed panda, or a baseball bat, the attached gift card was to say, simply, that the gift was from a loved one and his shipmates on the USS North Carolina. Wuebbens goes on to type, “We realize that we are asking a great deal, but … you will be adding greatly to the happiness of our children and to our own Christmas joy out here in one of the war zones. Incidentally we hope that a bit of that joy will reflect on you and your staff of workers.”

But the store’s “staff of workers” had gone much further than selecting, wrapping, and shipping: With the addresses of the recipients in hand, Macy’s invited all of the children and mothers who were able to come, and filmed them opening their gifts and telling — and in some cases, singing — their missing husbands and fathers hello, and Merry Christmas. The effect of that flickering black-and-white newsreel — the high, excited voices and sweet laughter of youngsters, the loving smiles and longing eyes of a spouse — in a darkened hold of a ship the length of two and a half football fields, on a Christmas Eve, is hard to picture. A longing too deep to describe, a homesickness too great to express, a surprise too joyous to ever forget. 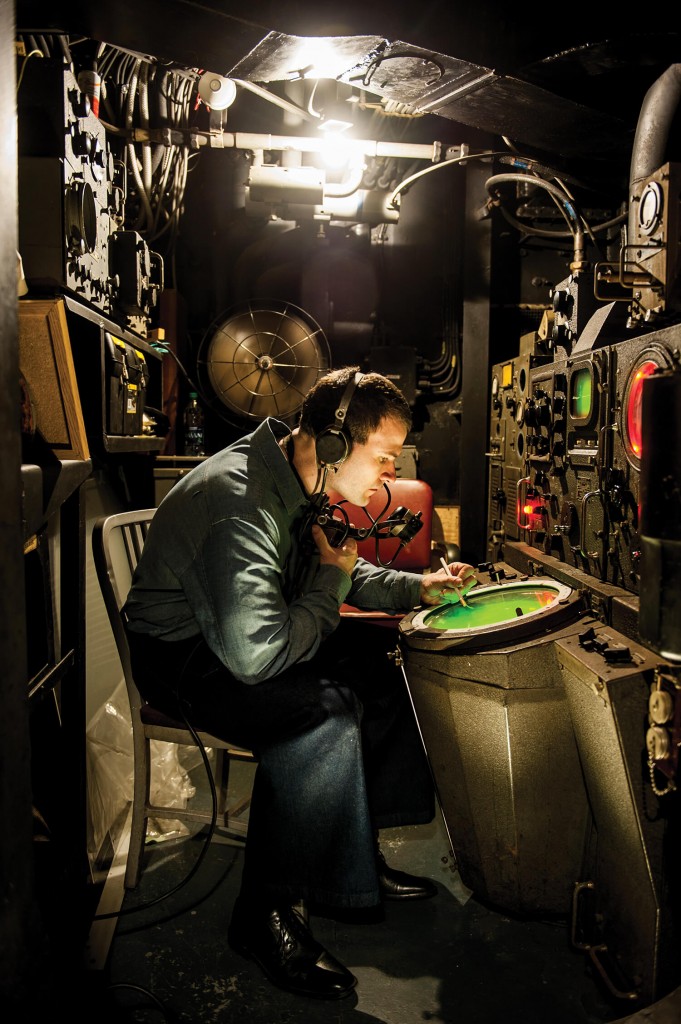 In 1944, Marines, sailors, and Santa (left) celebrated Christmas in the Philippines. Today, a reenactor shows what life was like at the controls of the USS North Carolina. photograph by Bryan Regan

The number of living World War II veterans gets smaller every year. Today, few of the sailors aboard the ship that memorable night are still alive. Lloyd Glick refers to its events in a letter: “On Christmas morning a small group of the band played Christmas carols over the P.A. system. At 1000 the ship got underway. We had a big Christmas dinner at sea.” Wrote Bill Taylor: “I don’t believe there were many dry eyes that night.”

Duty called, because the enemy never sleeps, and the warship that would earn 15 battle stars headed forward to places unknown by its crew. But, thanks to Macy’s, for fathers, husbands, and brothers aboard the USS North Carolina, the sights and sounds of Christmas had been closer, sweeter, and merrier than they could have ever imagined. 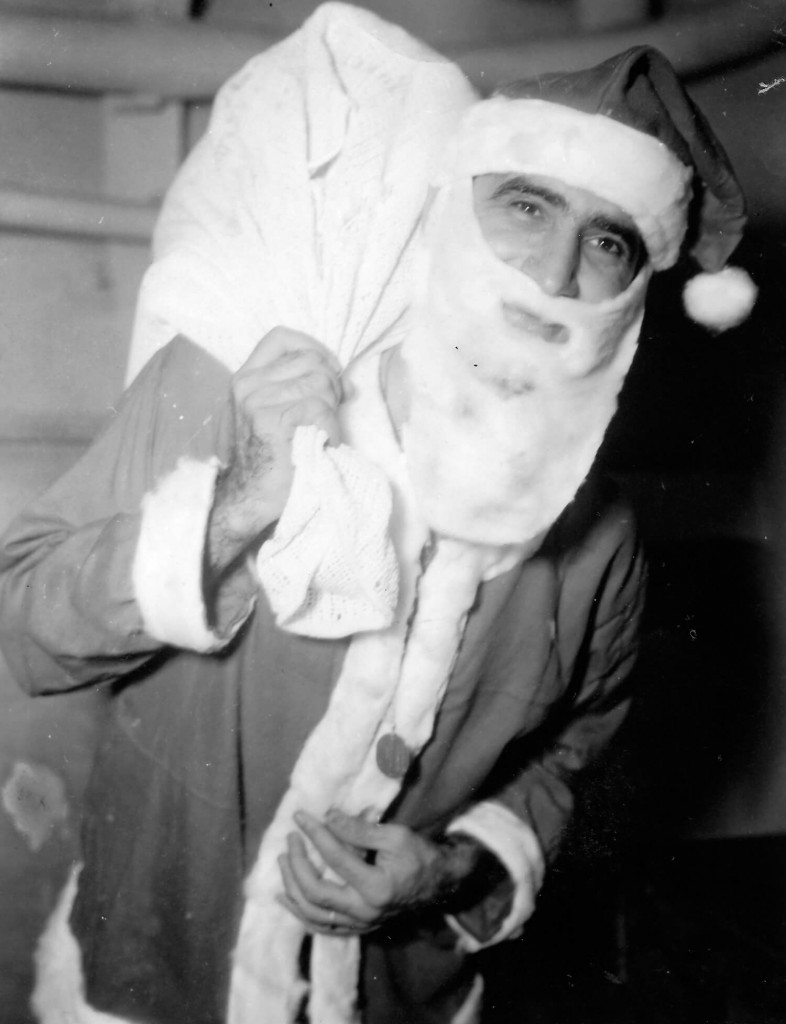 The battleship arrived in Wilmington in October 1961, and was dedicated as a memorial in April 1962. Shortly after, the USS North Carolina Battleship Association was formed. By 1968, 7,243 servicemen’s names had been located. Every year, the battleship association holds an annual reunion, and although fewer and fewer crew members are able to attend, the surviving families come in their stead, to share stories, to visit — and make — friends, and to preserve memories and the bonds made aboard a beloved ship. For these folks, who’ve recorded oral histories, donated funds, and given thousands of artifacts, we are grateful.

And for those rugged souls who were there in December ’43, who watched and wept at the images on a screen, who waited for war’s end, and survived to return to their families, we salute you. And we thank you with full, rejoicing hearts.