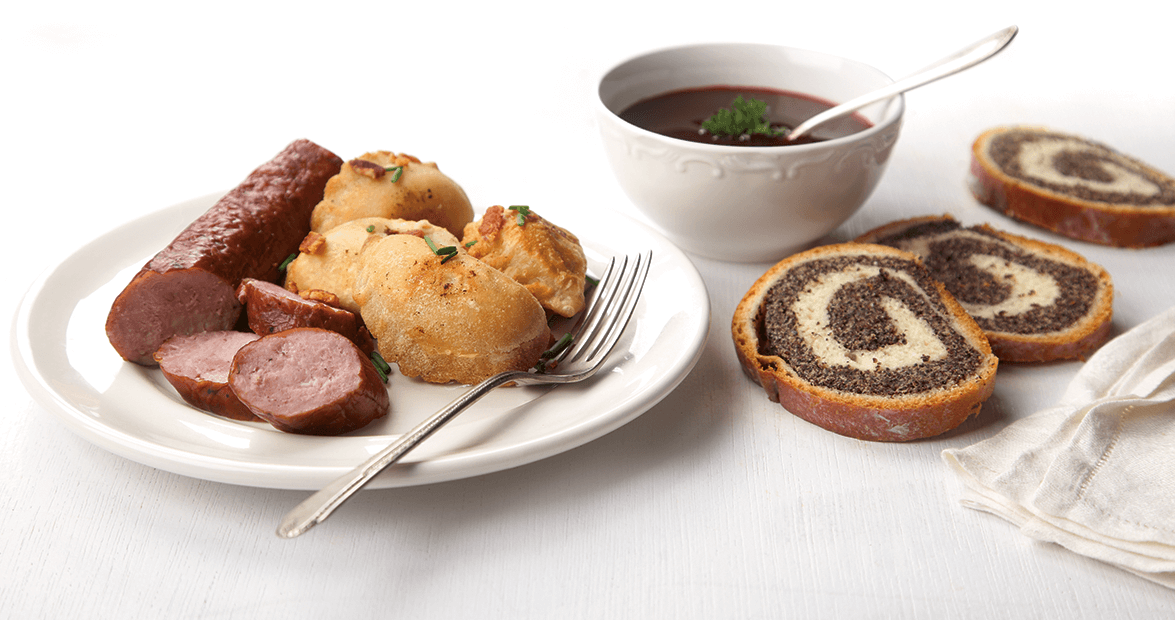 It’s not all country ham and sweet potato pie during the holidays in North Carolina anymore. Newcomers are bringing their own distinct tastes of home.

Which explains why a small church of 60 families, on a busy corner in Cary, has become an annual destination for those with roots elsewhere, who long for the holiday flavors they remember.

“There are a lot of folks down here from Pennsylvania, New Jersey, New York, transplanted Yankees,” says Nancy Driscoll, the festival coordinator, who hails from Ohio. “A lot of them say this is like going to Christmas at their grandmother’s house. These are the comfort foods they grew up with, and there aren’t many places to get these sorts of things down South.”

The congregation works for months preparing the food, including home-smoked kielbasa sausage. Driscoll says that 350 to 450 hot lunches, which include Hungarian chicken paprikash and German spaetzle, are served.

But the desire for pierogi got out of hand.

Pierogi, a Polish specialty, are half-moon shaped dumplings that typically have savory fillings. They’re boiled, then fried or sauced, much like ravioli. The market offers them with potato-cheese, cabbage, and sauerkraut fillings, both at lunch and for taking home and freezing. However, the pierogi are the only things that members of the congregation no longer make themselves. “We just couldn’t make enough,” Driscoll says. “Now we get them from a group of sister churches in Pennsylvania that have pierogi machines that can make them faster.”

They’ll sell a hundred dozen pierogi at lunch. And then dozens more because people like to stock up and freeze them. It’s like the native North Carolinian who stockpiles pounds of frozen barbecue at the holidays to take back to a distant home. Every mouthful of vinegar-soaked (or tomato-doused) pork helps him transcend time and space until he’s home in North Carolina. What a great gift.