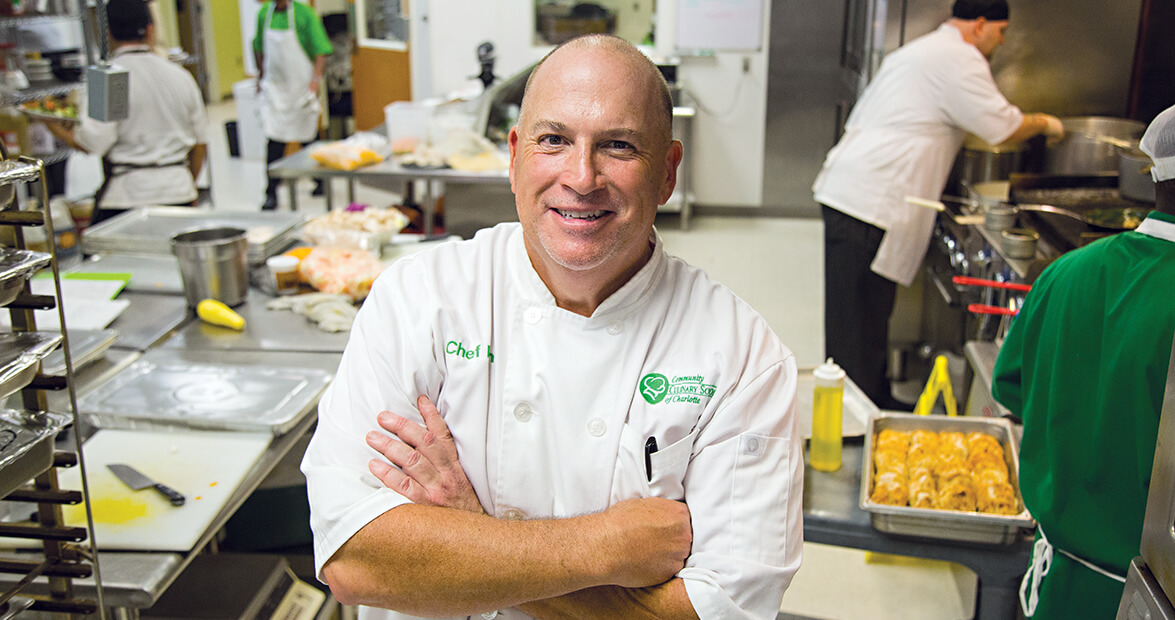 When lunchtime arrives, most of us are just looking for a simple meal, something to fill our bellies, pass our time, and get us through until the end of the day. It’s a plus when a meal comes with an extra helping of helping. But the real bonus is when the food is really, really good, like blackened salmon over pasta with lobster cream sauce, or a slice of roasted vegetable quiche.

The café and bakery of the Community Culinary School of Charlotte (CCSC) is a spot of warmth and welcome in an unexpected place. Located in a small office park on busy Monroe Road, where most people zip by on their way to the businesses and apartments that dot the east side of Charlotte, it’s not the place you’d go looking for a breakfast or lunch that doesn’t involve a drive-thru lane and food in a paper bag.

But if you stop in for breakfast, the executive director, Ron Ahlert, will offer you a cup of very strong coffee and point you toward a bakery case stocked with cookies and pastries. The cream horns, he promises, are a must-try.

Ahlert, a bear-size guy with a big personality and an even bigger heart, is generally known around Charlotte just as “Chef Ron,” no last name needed. He loves to do two things: brag about CCSC’s food, like shrimp in that lobster cream sauce for $9.99  — “You can’t beat that; you’d get that downtown for 23, 24 bucks,” he says — and preach about what’s really going on behind the café. 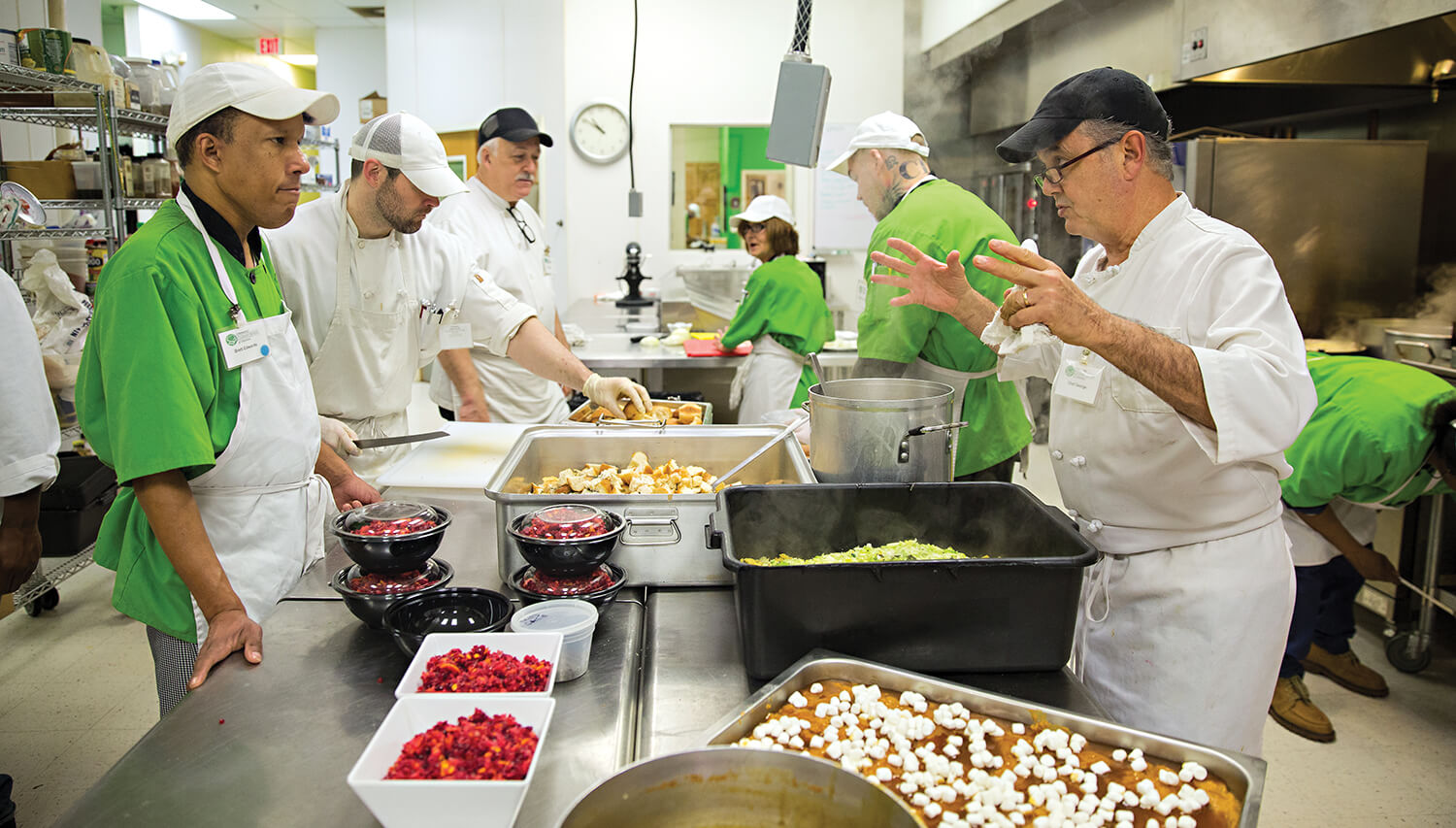 In the CCSC kitchen, Chef George DiPaolo (right) helps Brett Edwards and other students prepare dishes for the café. The menu includes classics, like a bacon cheeseburger (below), and a few surprises. photograph by Peter Taylor

Step behind the bakery case, and you’re in the new location of a school with a very special mission. The spacious kitchen, outfitted with the latest culinary equipment, is really a classroom, where Ahlert’s faculty transforms people who’ve had trouble getting jobs into fully trained food-service workers.

“We’re in the business of putting out a product, and that product is a culinary professional,” Ahlert says.

The school graduates three classes a year filled with people who are trying to lift themselves out of joblessness. CCSC graduates are in kitchens all over Charlotte, from Quail Hollow Club to the uptown burger bistro Cowbell.

When it opened in 1997, CCSC shared labor and a building on Distribution Street — a warehouse district in Charlotte’s South End — with Friendship Trays, an organization that delivers meals to shut-ins. It was a smart partnership: Assisting with the cooking for Friendship Trays gave CCSC a way to train people facing challenges ranging from a lack of skills to prison records and addiction recovery. But by 2014, the school’s expanding businesses had outgrown the original building.

“Stove space, oven space, was at a premium,” Ahlert says. Something had to give. So the school moved into a space in Greylyn Business Park on Monroe Road.

After working his way around the local food scene, from The Peculiar Rabbit to Sur La Table, Charlotte chef Geoff Bragg joined the school to run the team of students who cook for the café every day. Under his guidance, along with chefs Rick Dudley and George DiPaolo, students make everything from scratch, including breads, pastas, and the lobster sauce that Bragg learned to make as chef at the popular but now defunct Plaza Midwood restaurant Lulu. 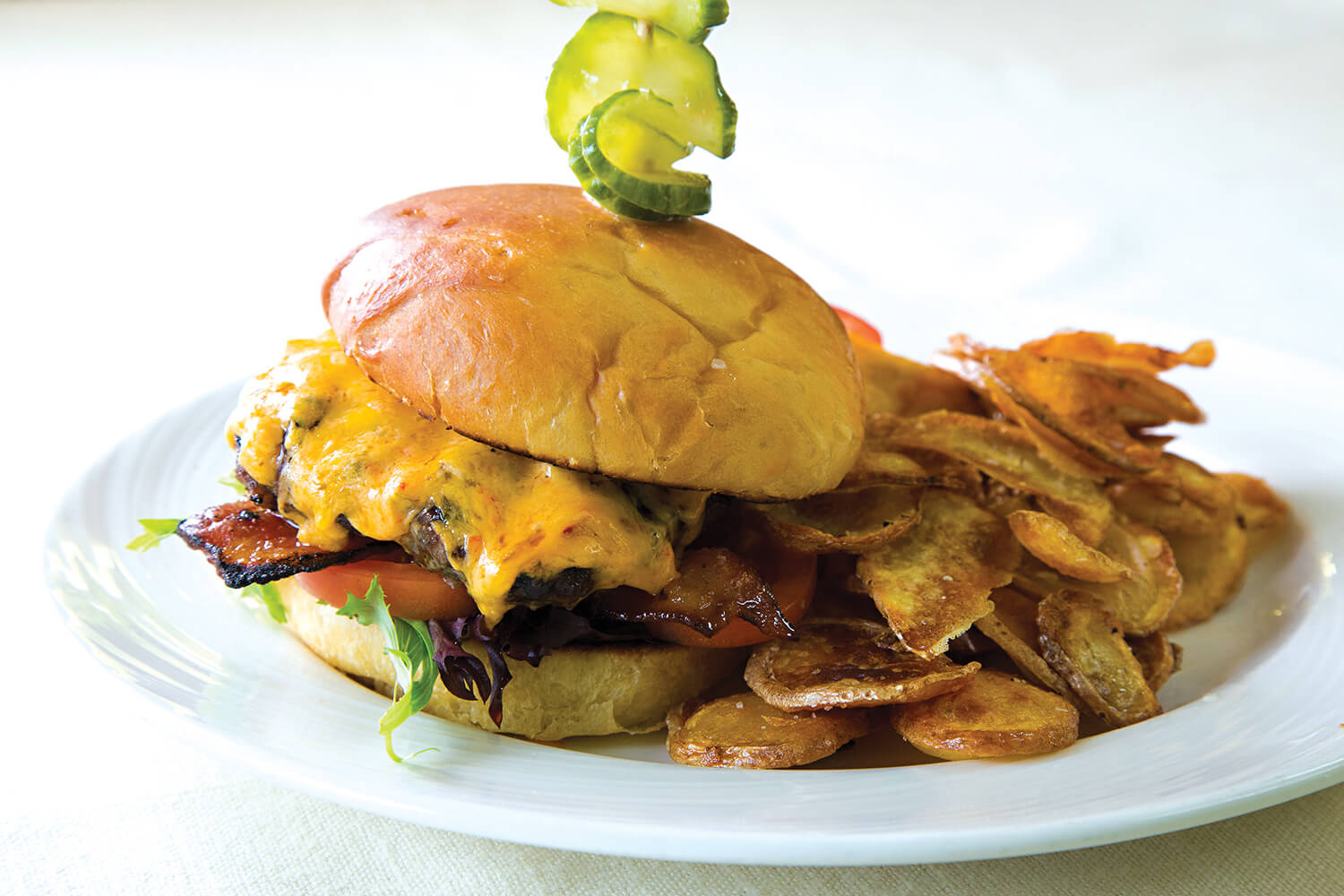 “I love to teach,” Bragg says. “This is an endearing section of society. It’s the best platform.”

As a nonprofit, the school tracks its graduates: 90 percent have jobs as soon as they graduate. To make it into the program, students have to pass drug screenings and either be off alcohol or in a treatment program. In exchange, they get free tuition, bus passes, and kitchen uniforms. If students make it through the rigorous training at CCSC, they get a chef’s coat with their name and the school stitched over the pocket, plus help with job placement. If they’re still working after six months, they get a fully stocked knife roll to use on the job.

Some students don’t make it through, Ahlert admits. The training is tough and includes all the chores they’ll encounter in a real restaurant kitchen.

Still, enough stay that CCSC has grown into a Charlotte institution, with more than 800 graduates to date. The school is constantly finding ways to branch out and add to student experience, from its full-service catering company, Encore, to its weekday café and bakery.

Community Culinary School of Charlotte has grown into an institution, with more than 800 graduates working in kitchens all over town.

Open since November 2014, the café has attracted a following among older customers, often people who come out with their garden clubs or book clubs to get a good lunch at a good price and do a little something to help. The café usually serves 30 to 50 people a day.

Ahlert and his crew take pride in featuring elements you’d expect at a high-end restaurant, like the chef’s table — come with a group, and you get a table with a kitchen view and a full lunch with drinks and dessert for $11 a person. The café is counter-service, with a cozy feel: There are bookcases filled with donated cookbooks that people can borrow or sit and study with coffee and a Danish or a scone. Ahlert is hoping to get more space to expand and add a sit-down restaurant, which would give students more training in restaurant service.

Since the beginning, the school has been about finding ways to combine its mission with smart business angles. And as great as that mission might be, it doesn’t work unless the food meets the same standards diners expect at any other restaurant in town.

“If they buy a meal,” Ahlert says, “they’re supporting our mission.”