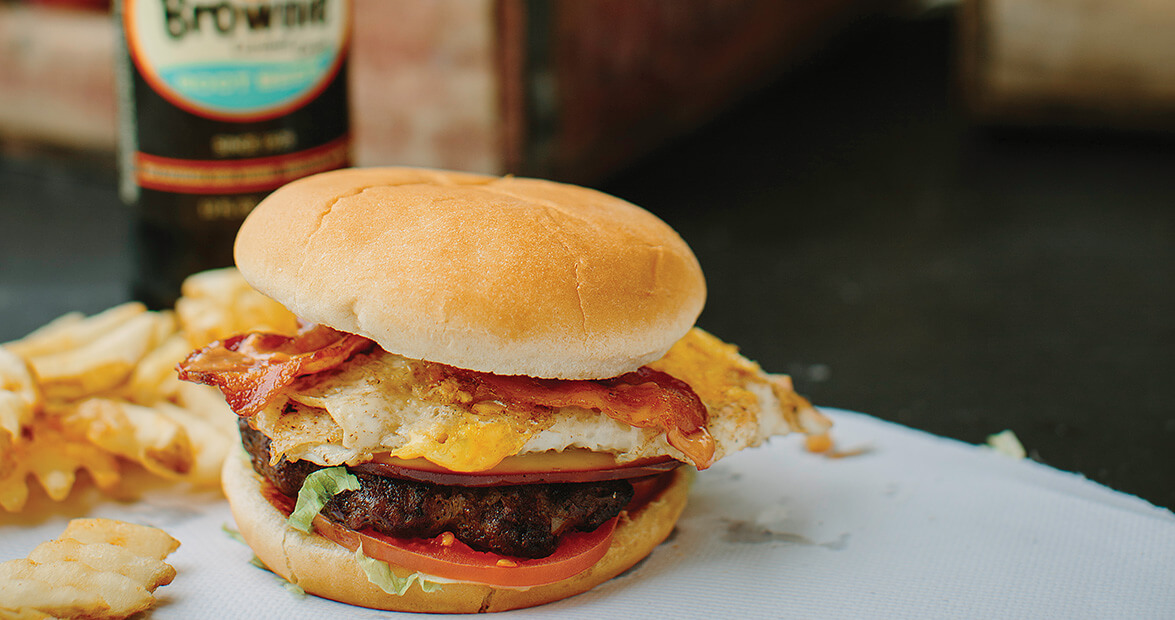 Corbett Shope remembers drinking sodas as a boy growing up on his grandfather’s farm in Harnett County. But that fact alone can’t explain why Shope opened a restaurant where one of the first things you notice is a row of drink coolers containing some 250 varieties of bottled sodas.

Nor does it explain why the place is decorated with other soda wares, like photographs of former drink fountains, old beverage crates, and a wooden barrel, items that Shope acquired through eBay and antiques markets. There are also bar stools shaped like bottle caps and, in the bathroom, soda bottles that have been repurposed as soap dispensers.

Then again, Shope did inherit his great-grandmother’s bottle collection, including vintage Coca-Cola and NuGrape containers, so maybe soda-bottle fanaticism just runs in his family.

Shope himself can’t really explain how he accumulated so many sodas, other than that he just kept buying them. When he opened his restaurant, Corbett’s Burgers & Soda Bar, in Cary this past summer, he only offered seven bottled sodas to choose from. Soon he found himself saying, “Never heard of this one, never heard of that one,” before ordering more drinks to try from bottlers and distributors across the country.

Inspect the coolers, and you’ll spot some classics: deep red Cheerwine (from Salisbury), rich brown Pepsi (born in New Bern), and dark purple NeHi grape (not from here, y’all, sorry). There are other big-name brands, too, like Coca-Cola, 7UP, and Dr Pepper. There are varieties including cola, cream soda, ginger ale, and root beer (41 different brands of it alone). And then there is a novelty lot — clear ranch, syrupy bacon, and yellow sweet-corn sodas among them. 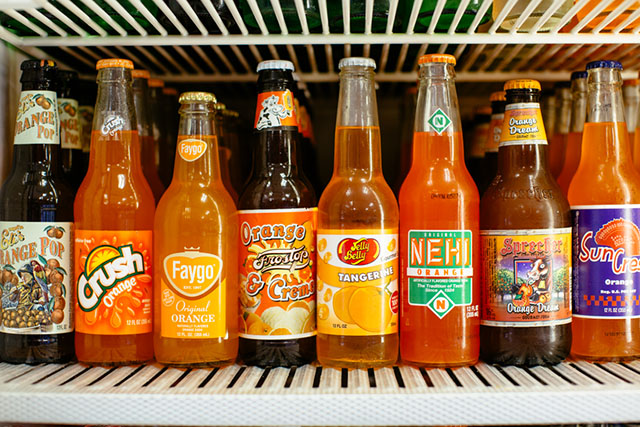 Burgers and dogs, too

Before opening Corbett’s in an old strip mall in Cary, Shope and his wife, Mary, once operated record shops in Atlantic Beach and Havelock. Later, he worked at a fried-chicken chain as a general manager. That job, he says, drove him to his current career. “I’d done chicken for five years,” he says. “No more chicken.”

He decided on a menu of burgers, hot dogs, and soda. A simple menu, with simple choices, right? After all, there are just two varieties of hot dogs available at Corbett’s: Bright Leaf and Nathan’s.

“The original menu was real simple — design your own hot dog,” Shope says. “But then I saw all the variations [that were possible]. Kind of like the sodas, it just ballooned.”

You can choose a “Southern Dog” with house-made chili and slaw; or a “New York Dog” with spicy brown mustard, grilled onions, and sauerkraut; or a “BBQ Soda Dog,” which is wrapped in bacon and topped with A&W Root Beer barbecue sauce and grilled onions.

As for the burgers, a butcher in Apex grinds the beef, which Shope then forms into patties and grills over an open flame.

Dress up your burger with the restaurant’s homemade pimento cheese, or browse the collection of bottled hot sauces — each one numbered according to its level of heat. You’ll find the hot sauce next to the drink fountain (yes, in addition to hundreds of bottled sodas there are several Coke products available on tap). 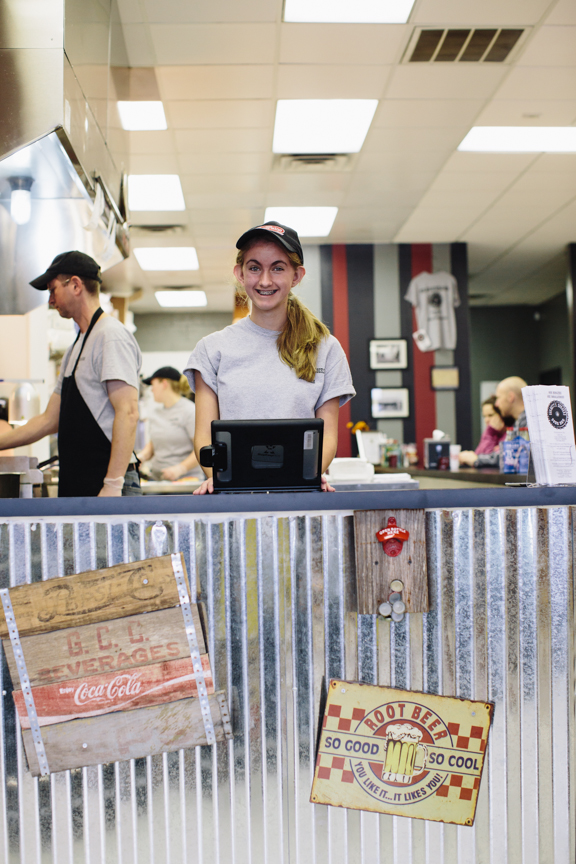 Place your order with Sarah Shope. Then, while her father, Corbette Shope, cooks your meal, use the mounted bottle opener at the counter to pop open a soda. photograph by Geoff Wood

If you can’t choose between a burger and a hot dog, there’s also The Combo: a single burger decked with a grilled hot dog, plus chili and American cheese.

For dessert, there’s banana pudding, milkshakes, and floats — for which any of the 250 sodas are game.

Shope believes the restaurant’s many choices are a reason for its quick success. The place tends to pack a crowd of families on Friday and Saturday evenings.

There may be another reason, too. “Cary and this area has folks from all over, and I thought they’d enjoy something from back home,” he says, citing regional favorites like New York hot dogs and Michigan sodas. The latter state’s popular Faygo-brand soda is available at Corbett’s.

Make no mistake, though, North Carolina’s own Cheerwine is the restaurant’s best-selling soda. The drink is one of Shope’s favorites, too. He often wears a black ball cap with the brand’s logo emblazoned on the front as he grills burgers for hungry customers. He wears it just in case anyone fails to notice that Shope thinks sodas are something special.