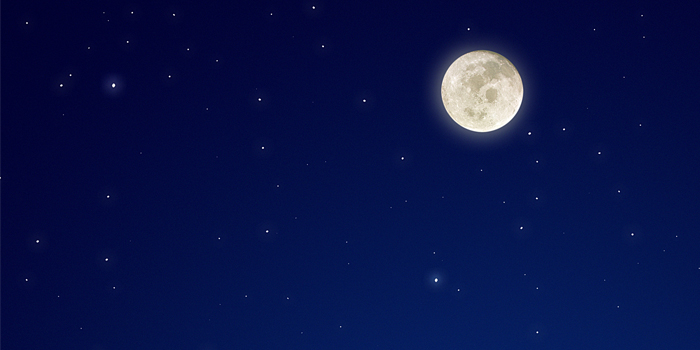 So every morning, although it looks like evening when I go out to get my newspaper, I look up.

I take a few deliberate minutes, before I skitter back into the house, to look up at the sky and find the stars. To anchor my gaze on the moon.

My house faces due east. When I go to bed, I often see the moon high above my front yard; by the early morning, the moon has migrated to the western sky, where eventually it sets, behind my house.

Every morning, when I’m standing outside in my slippered feet in the dark, I’m comforted by the constancy of the moon and the stars up there in their rightful place, by the knowledge that these celestial bodies have inhabited their positions in the sky for a long, long time. When I look up, I can find what I’m looking for.

The thing has some years on it — it was manufactured in the early 1960s, a tribute to the space race and our collective dream of exploring beyond our terrestrial borders. It’s got some wear on it, too. It’s made of tin, and there are a few cratered dents and pockmarks. Kind of like the actual moon, I suppose. Nothing stays new forever.

Two months ago, my parents sold their house, the one they’ve lived in nearly all my life, the home where I grew up. They moved to a small townhome about a half-mile from me.

Think of it. So many years spent in one place. And then, in the span of one day, movers came and backed a 26-foot truck into the driveway and filled the truck with furniture and mattresses and lamps and boxes full of dishes and clothing and photos, and then the movers drove away, and that was that.

My parents woke up one morning in the house they’ve known for a long, long time; they went to sleep that night somewhere entirely different. Overnight, their view changed.

They’re getting settled now in their new place. On their third night, I took them out to eat. My dad doesn’t drive anymore, and my mother doesn’t drive at night. Back at their old place in Asheboro, they never went out to eat in the evening because they would’ve had to drive home in the dark.

We headed down Elm Street toward downtown Greensboro, and my mother craned her neck to look up through the windshield. “Phil!” she said to my dad. “Look at these big buildings!” She kept saying it over and over. The tallest building in downtown Greensboro is the old Jefferson Standard building, Lincoln Financial now. At a little more than 200 feet, it’s no match for skyscrapers these days. But that night, it was beautiful, nearly every window glowing with so much warm light from within.

Back in their new place, my parents are still unpacking. I watch as they pull familiar things from the boxes — my mom’s pottery dishes; wooden whirligigs; an antique tin horse, three feet tall, that stood, as long as I can remember, in the den in the old house.