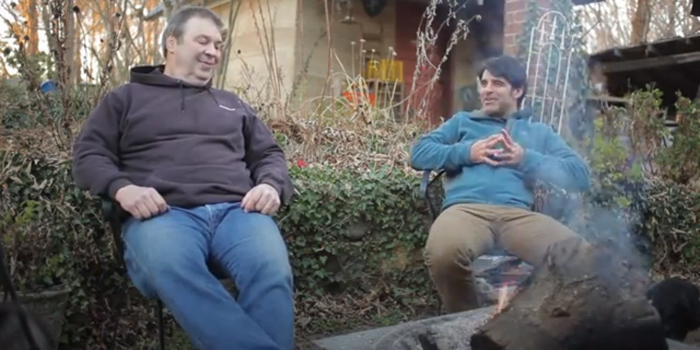 David Childers was featured in the May 2010 issue of Our State magazine. Below is an excerpt from that story written by Grant Britt.

Not only did he sing about it in his last album, Burning In Hell, but he feels that his experience with the music business over the last several years was like being a resident of Satan’s kingdom. “It just physically and mentally crushed me,” Childers says from his Mount Holly home. “I had hoped that I would be able to make a living playing music, but it became pretty apparent to me about 2007 that nothing was going to come out of it. It was kinda hard to accept, but I’m glad I did.”

Childers and his band, the Modern Don Juans, got plenty of critical acclaim, but keeping the band going was a struggle. “A lot of critics liked it, [but that] doesn’t turn into money,” Childers says.

Disillusioned with the business, Childers never lost his love for creating and performing music. Even as he was planning his exit, an ’07 Cleveland gig with Avett Brothers bassist Bob Crawford sitting in provided the impetus for his next musical project, Overmountain Men.

Impressed with Childers’s writing and vocal talents, Crawford stayed in touch throughout the next year, encouraging Childers to keep writing. “Bob was just very persistent with me,” Childers says, “which I don’t think was an easy thing to do at that time and actually got me to believing maybe I could at least write some decent lyrics.”

The Overmountain Men’s second album, “The Next Best Thing,” is out now on iTunes and elsewhere.