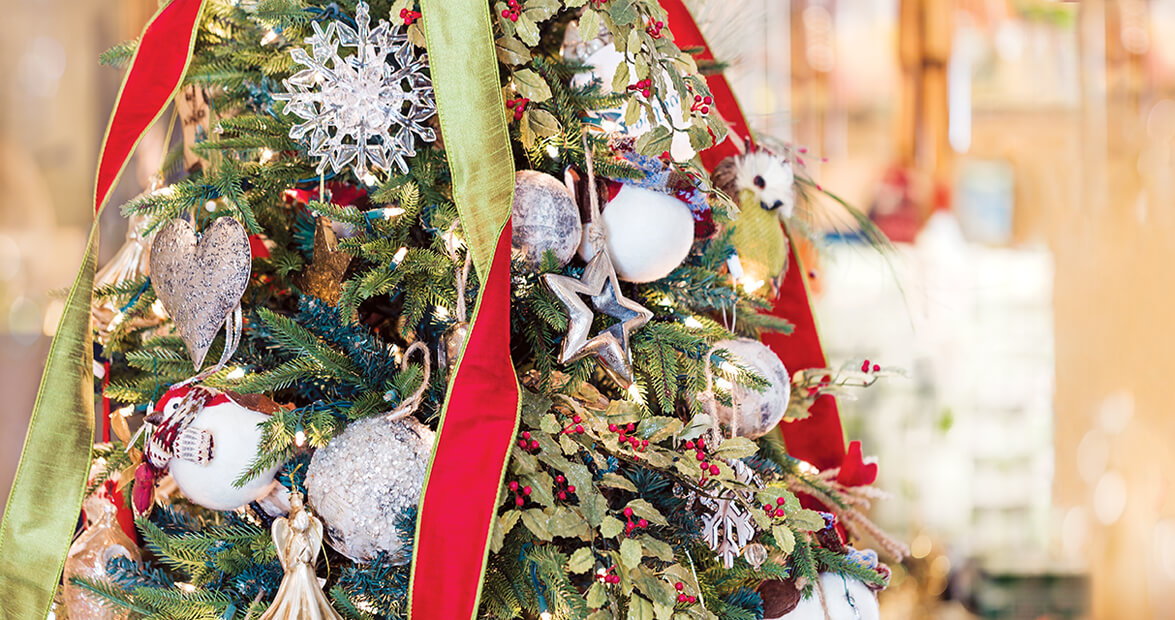 Got an ornery orchid, a frustrated fern, a sad spath? Family-owned New Garden Landscaping and Nursery makes houseplant house calls, one of its many services for too-busy customers. They’ll switch your outdoor pots from spring pansies to summer geraniums and then to mums in the fall, or stuff them with parsley, sage, rosemary, and thyme. Even when it’s not Christmas, you’ll feel like the elves have been there.

But at Christmastime, it’s the shop itself that really shines. Walk through the door in December and expect to be stopped cold by the gorgeous scenes created by full-time buyer and designer Meda Woods. Trees are trimmed with motifs in mind: A woodland-themed tree is festooned with feathers, a seaside tree sparkles with sea-glass hues and glitter. This year there will be 12 tree themes, from wintertime sweet treats to garden gnomes. 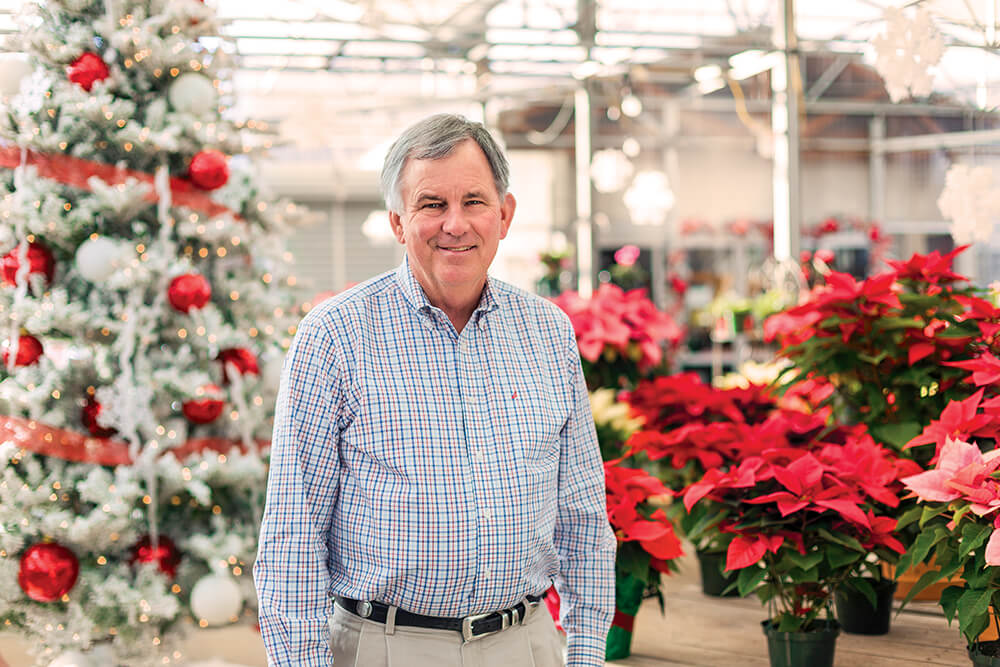 Cultivating a sense of wonder has been at the heart of New Garden almost since it started in Jim Newlin’s backyard. His garden on New Garden Road grew, as they do, and became a backyard nursery in the late 1960s. A decade later, Newlin’s son James Morris launched New Garden Landscaping and Nursery, an offshoot of his father’s small operation. Two years after that, James Morris moved his business to a commercial location in Summerfield. After three additional moves and various expansions — including services in Winston-Salem — the business remains a family operation, and if it involves something that grows, they can handle it.

Take the current craze for terrariums: The greenhouse offers a variety of wee plants that can fit inside that trendy glass “house” on your coffee table. Or, if you want, a designer will compose and plant a miniature garden for you. New Garden’s designers also can plan your whole yard — your vegetable and perennial beds, your roses and shrubs. They can install a fountain and the wavy plants that inhabit it, and do all the chores you keep postponing: raking, pruning, mulching. 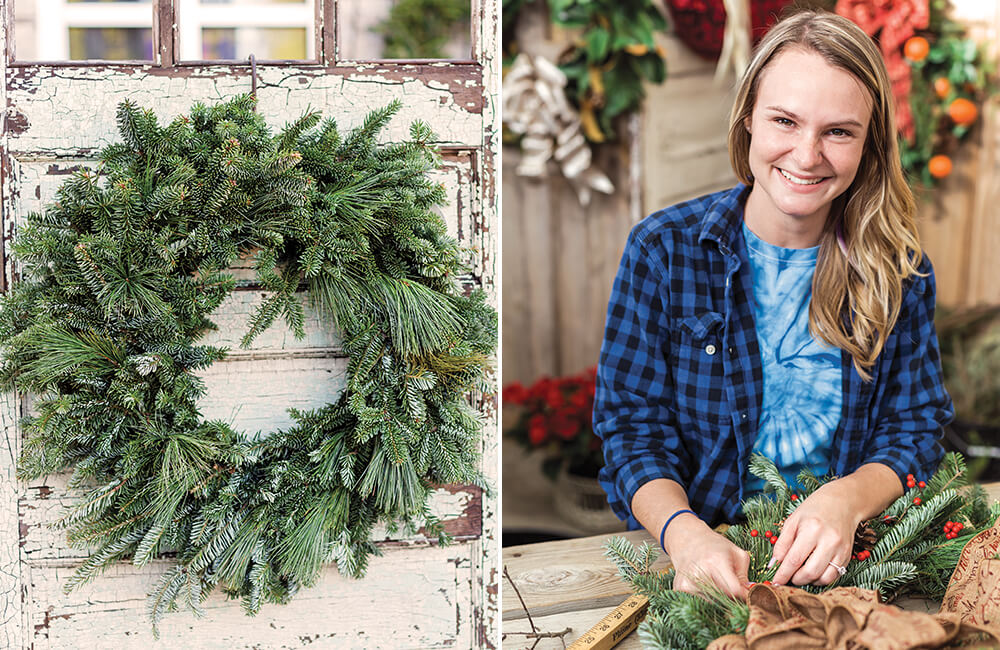 To keep wreaths fresh, New Garden employee Victoria Clapp mists them with water. Your natural wreath will last longer if you hang it in a shady spot. photograph by Eric Waters

Still, retail is about 30 percent of New Garden’s business, and to spark the shopping spirit, Woods and her elves plan an in-store display for every season — Valentine’s Day, Father’s Day, Easter, Fourth of July, Halloween, and, of course, Christmas. Along with live greenery for trimming, customers can buy fully decorated trees. Jerry Hilton, the general manager and a 26-year employee, both laughs and sighs when he says, yes, that does mean the customer has to take off every ornament, garland, light, and doodad-what-have-you, one by one, when January rolls around. Which might be, come to think of it, the only seasonal task New Garden Landscaping and Nursery doesn’t offer: untrimming.

Want to learn how to make a wreath for yourself with the help of nursery manager Jeremey Warren? Check out our DIY guide.