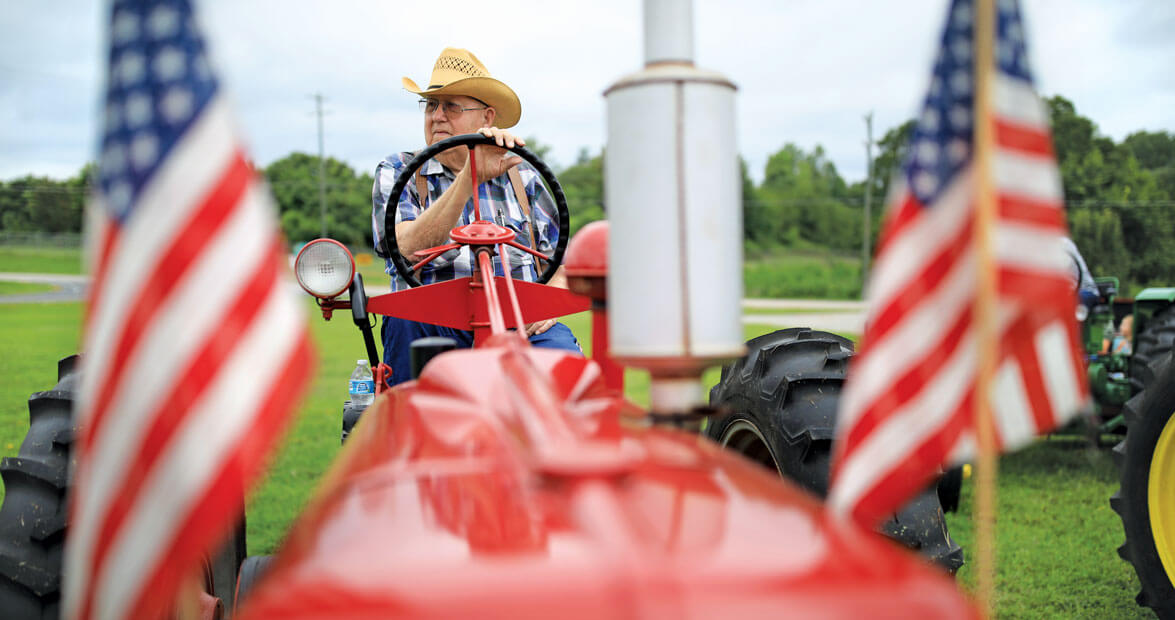 Patti Safrit and Libby Watson are everywhere at once. At the tomato sandwich stand, the two volunteers wield plastic knives, spreading globs of mayonnaise from industrial-size jars onto slices of white bread, and topping it with fat, red tomato slices. At 9:30 a.m., they hurry away from the stand to join the parade, where they dance in felt tomato costumes on a flatbed truck bearing a 10-foot inflatable tomato — dubbed “Big Tomato.” Later, during a particularly tense tie at the cherry tomato-eating contest, Safrit dashes off to weigh the pints. And she and Watson both help out with the three pageants — Little Miss ’Mater, Little ’Mater Sprout, and Little Tommy Toe — where judges vote on which tomato-costumed children best represent the spirit of the Woodleaf Tomato Festival.

The annual festival is an all-day smorgasbord of local traditions celebrating the town’s most lucrative crop. Safrit, who cofounded the festival, doesn’t even live in Woodleaf anymore. But she makes the five-hour drive from the coast a few times a month, maintaining her connection to the community. And she always returns for the festival.

The community of Woodleaf clusters along NC Highway 801 northwest of Salisbury, deep in the tomato land of Rowan County, where locals say the soil is as rich as brown sugar. Just before the turn of the 20th century, brothers Hubbard and Radford Bailey pulled Woodleaf’s first crop of tomatoes, and as the decades wore on, more and more farmers followed suit. In the 1950s, the Correll family was primarily in dairy, but 15-year-old Sam Correll needed spending money, so his dad told him to add tomatoes to their crop. (Correll didn’t even like tomatoes. At 76, he still doesn’t.) In the 1980s, the Wetmores — Libby Watson’s family — were growing corn, soybeans, and peaches, but those didn’t pay the bills. So they planted tomatoes, too. Today, the Corrells, the Wetmores, and a third family, the Flemings, sell tomatoes all over the state and even into Virginia. 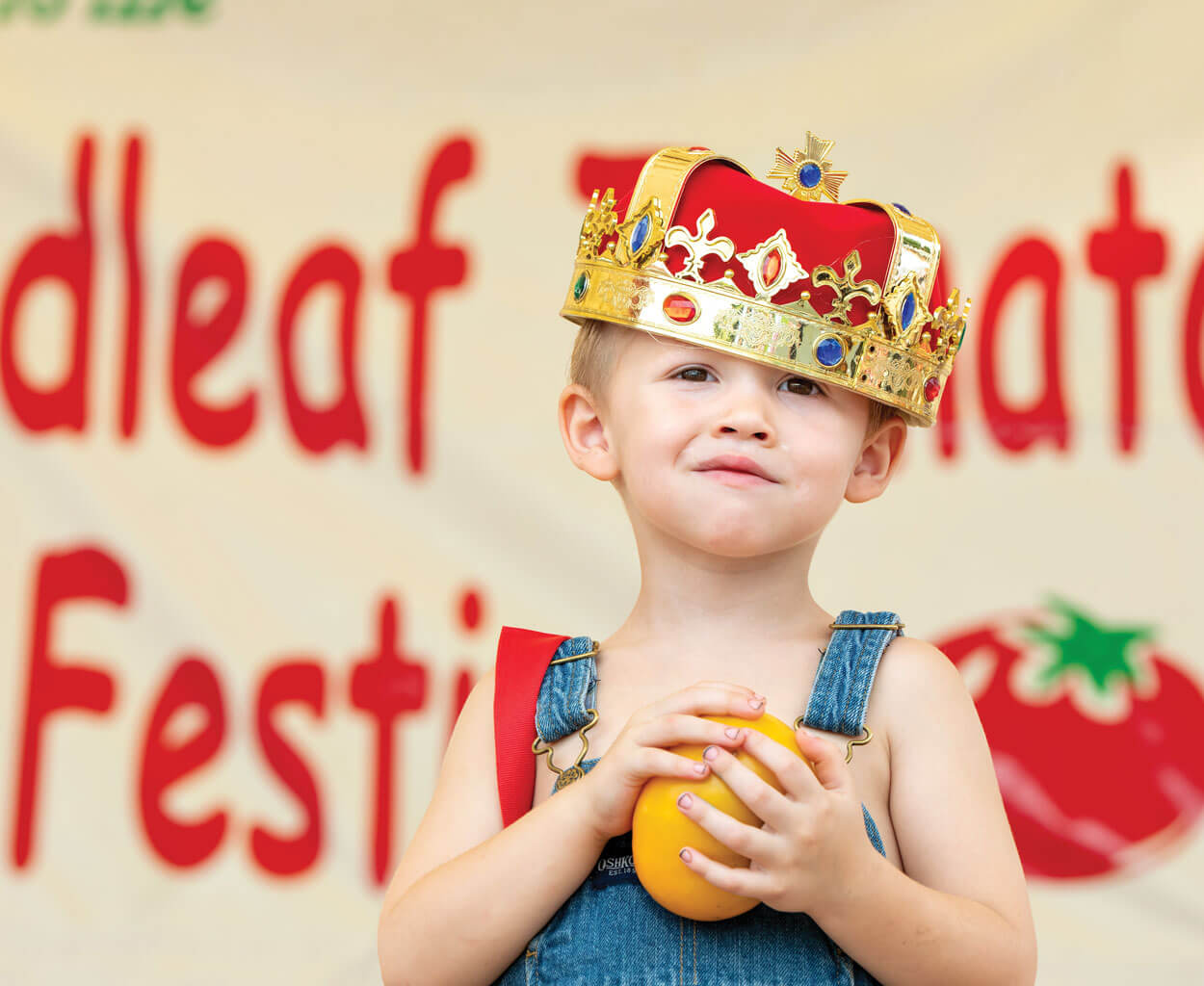 The Woodleaf Tomato Festival started 13 years ago at Unity Presbyterian, where the three families worship. The church needed a new fellowship hall, and Safrit, who was then youth director at the church, suggested a tomato festival to raise money.

“I remember the first year,” Sam Wetmore says, reminiscing with his cousin Tom in the church meeting hall. “Nobody thought it was going to be anything.” But the festival smashed all expectations. “Every person in church was smiling the day after,” Safrit says. And so the festival became a tradition.

The church paid off the fellowship hall in 2014, so now, proceeds from the festival go to mission and community work. And it’s not just Unity Presbyterian parishioners who attend: Members of other local churches take selfies with tomato sandwiches, too. In fact, as the years go by, the festival has become less about Unity Presbyterian, and less about tomatoes, even, and more about the town itself.

The festival has become less about tomatoes and more about the town itself.

Perhaps that’s why Woodleafers with one foot elsewhere, like Safrit, make it a point to return home every August. Even Christmas doesn’t see this kind of homecoming, although one New Year’s Eve, the community did bring out Big Tomato and drop it like the Times Square ball. But even that was nothing compared to the festival. People come from up and down the East Coast, shaking hands with old classmates, hugging relatives, and inhaling those beloved tomato sandwiches. They’re all there on the day of the festival: the people who left and the people who will never leave — the Wetmores, the Corrells, the Flemings, and their descendants, all together to celebrate the crop and the community.

“Here, farmers love farming, people love people, and this is the time of year when everyone stops and gets together,” Safrit says. “You get to see farming at its best, and people sharing hugs and eating tomato sandwiches. This festival really represents what Woodleaf is.”