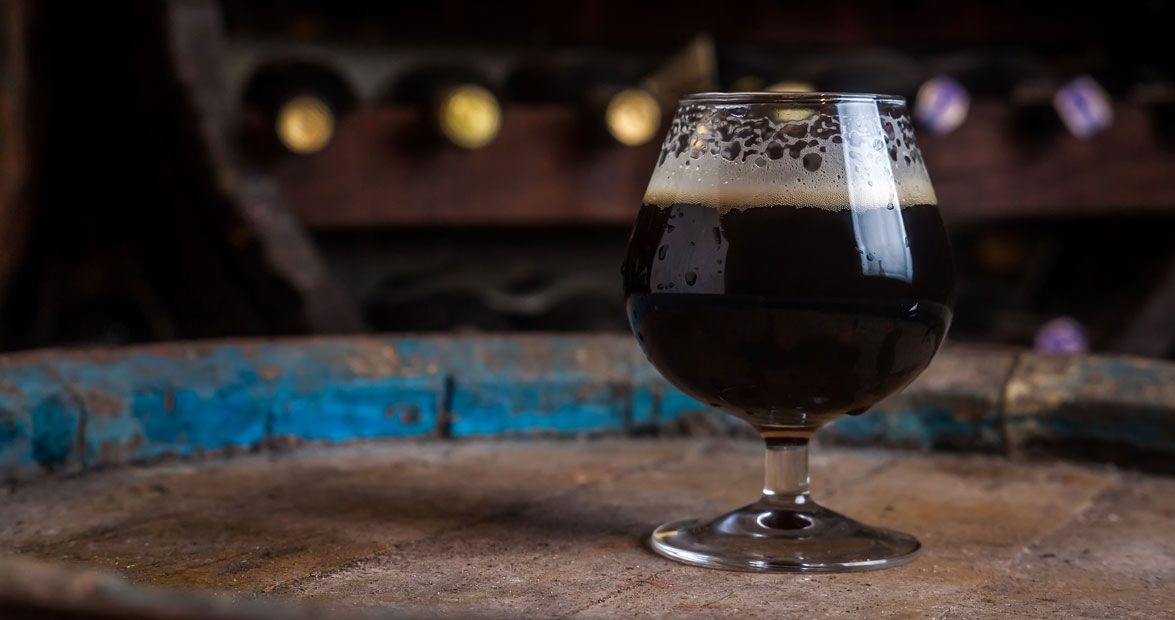 According to Sir Walter Wally, North Carolina’s own weather-forecasting groundhog, spring will be here … eventually.

Novice beer drinkers have a tendency to be intimidated by dark beers, due to the perceived complexity associated with the color. While dark beers tend to be heavier than their lighter counterparts, they’re no less accessible. And dark beer can offer some of the smoothest and most enjoyable drinking experiences around.

Take advantage of some of the great dark beers North Carolina has to offer while we’re still at the peak of dark beer weather.

Stouts/Porters
When you think of “dark beer,” chances are you’re thinking of a stout or porter, the darkest ales. Historically, “stout” referred to particularly strong porters, but nowadays there really isn’t a distinction. The color of these beers — which can range from an intense black to a rich dark brown — comes from the use of roasted malt or barley in the brewing process.

Stouts are known for being full-bodied, filling beers. When drinking stouts, you may taste coffee, chocolate, or toffee. Specific flavors often come from the direct addition of these ingredients, but they can also naturally occur when the sugars in the roasted malt caramelize.

Stouts can range from being low in Alcohol By Volume (AVB) and sessionable to some of the highest-gravity beers available. Stouts and porters have a tendency to lack a noticeable “hoppy” flavor. Bitterness in stouts comes from roasted barley, so beers without it will tend to have lower International Bitterness Units (IBU).

Foothills People’s Porter
This porter stays true to the English roots of the style — strong, flavorful, and approachable.

Duck-Rabbit Milk Stout
The addition of lactose, a milk-derived sugar, adds sweetness and smoothness to this iconic beer.

Pisgah Nitro Stout
With a creamy head and velvety body, Nitro Stout is truly an homage to British beer.

Brown Ales
Brown ales can be found at the lighter end of the spectrum. They tend to make use of chocolate malt, a widely useful malt that has been toasted to a medium-brown color. Brown ales differ from stouts or porters because they rarely, if ever, contain roasted barley, which adds the more bitter, coffee-like tastes of their darker cousins.

Instead, when drinking brown ales, look for nuttiness, sweetness, or breadiness, all of which come from the malt-intensive brewing process. The subtle, bready flavors of brown ales make it an ideal beer to serve with food — the maltiness can cut through spicy dishes or complement milder dishes.

Hi-Wire Bed of Nails Brown Ale
Bed of Nails is a classic, accessible English-style brown ale. Note the taste for dark fruits instead of a bitter flavor.

Oak & Dagger Coole Beans
Coole Beans is a rare example of a coffee-flavored beer that isn’t a stout. The brewers chose the style because the subdued malt flavors allow the natural acidic flavors of coffee to stand out.

Big Boss Bad Penny
Bad Penny uses a variety of malts — including pale, crystal, and chocolate — to create a complex but mild profile that pairs well with meat and cheese.

Dark Lagers
If you’re in the mood for something even lighter than stouts or brown ales, North Carolina breweries produce quite a few dark lagers that can satisfy your craving.

The fundamental difference between lagers and ales is the strain of yeast used. As a result, lagers tend to be crisper and less fruity than ales. But while certain malts might be associated with either lagers or ales, there are several styles of lagers that use darker varieties or malts.

Dark lagers may seem intimidating to some, but they can actually be some of the easiest to drink. Dark lagers are smooth and quaffable, and offer a similar complexity to what you would get from comparably colored ales.

New Belgium 1554 Black Lager
1554 is light-bodied and malty — the beer starts and ends as a crisp lager, but features a complex and chocolate-like middle.

Mother Earth Dark Cloud
Dark Cloud is a dunkel, a German term for dark, that the brewery describes as a “mild lager that just happens to be dark.” The beer ferments for twice as long as the rest of the brewery’s beers due to less active yeast.

Black Radish Schwarzbier
Black Radish is a lightly hopped lager that relies heavily on its roasted-malt flavor. In fact, the American Beer Judging Guide lists this beer as a standard for the style.