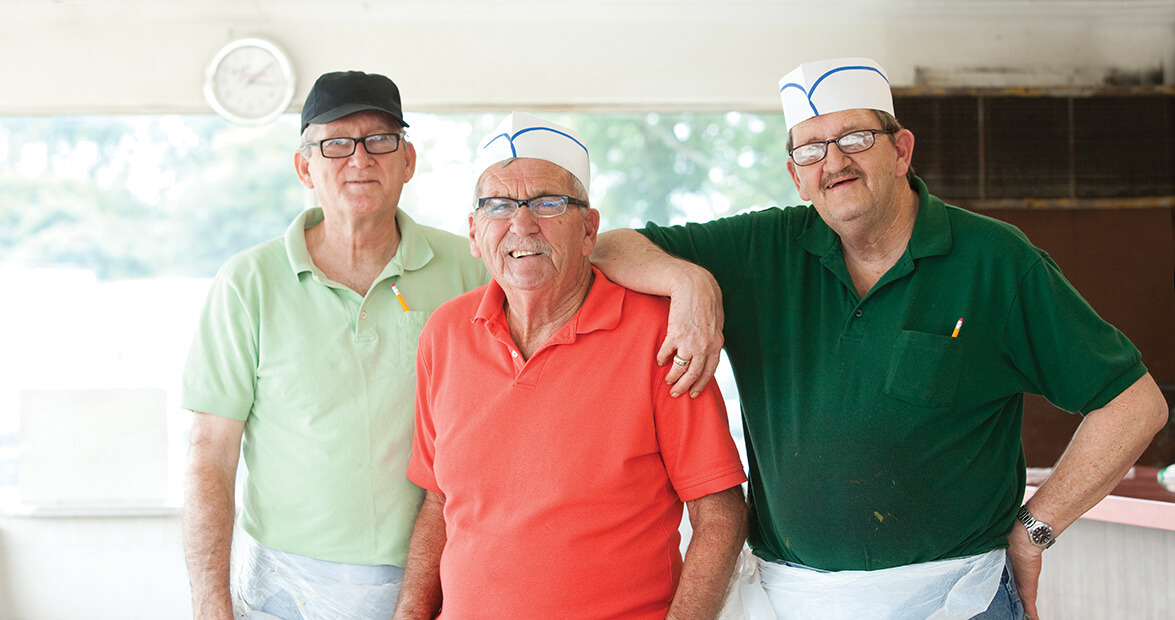 If you want to know the story of the Dixie Drive-In in Lumberton, it’s best to ask George Stevens before burgers hit the flat-top grill and carhops hustle the day’s first orders out a stubborn front door.

George stands at the cash register; his hair is tucked under a white paper hat, his eyes peer behind a pair of black frame glasses.

He says there won’t be a minute to talk once the lunch rush starts, so the 71-year-old ambles toward a booth and slides in. Morning light hits his face through a strip of windows. He repeats Dixie’s dogma.

“Basically, we do the same thing like we did in the ’60s. We peel our own potatoes, roll out our own burgers, cut our own fries, cook our barbecue, make our slaw, cook our chili,” he says. “My father started that way and we haven’t changed.”

By “we” George means his two younger brothers, Steve and Tony. Together they’ve worked side by side in the same building, through the same shifts, for the better part of 50 years.

The Dixie is everything to them.

By mid-morning, cars and trucks idle outside in the gravel parking lot.

Inside, paper orders hang in a line above the grill, where Steve and Tony prepare the day’s first hot dogs (always red) and ground beef patties. The sound of the sizzling grill brings the place to life. But not a word passes among the brothers. They just work.

“I’ve been coming here 50 years, and I’ve never seen them have a conversation in back of that counter,” says Kermit Wright, leaning out of his van.

There’s no need to talk because the Stevenses know what they’re doing.

They don’t worry that the Dixie, a brick shoebox of a building, can go unnoticed to passersby on East Fifth Street in Lumberton. Or that the building’s signage, a weatherworn marquee, only hides it even more. Because the brothers know that by noon vehicles will crowd the parking lot anyway.

The drive-in is like an anchor in the heart of Robeson County, where once-reliable job creators — farming and factories — are now in flux. Amid changes in how people make a living, the Dixie reminds them that good food is part of a good life.

“Ever since I was a kid I’ve been coming here,” says Robert Bass, 37, a longtime carhop, as he exchanges cash for a tray of burgers and fries. “This is the only place I’ve known like this.” 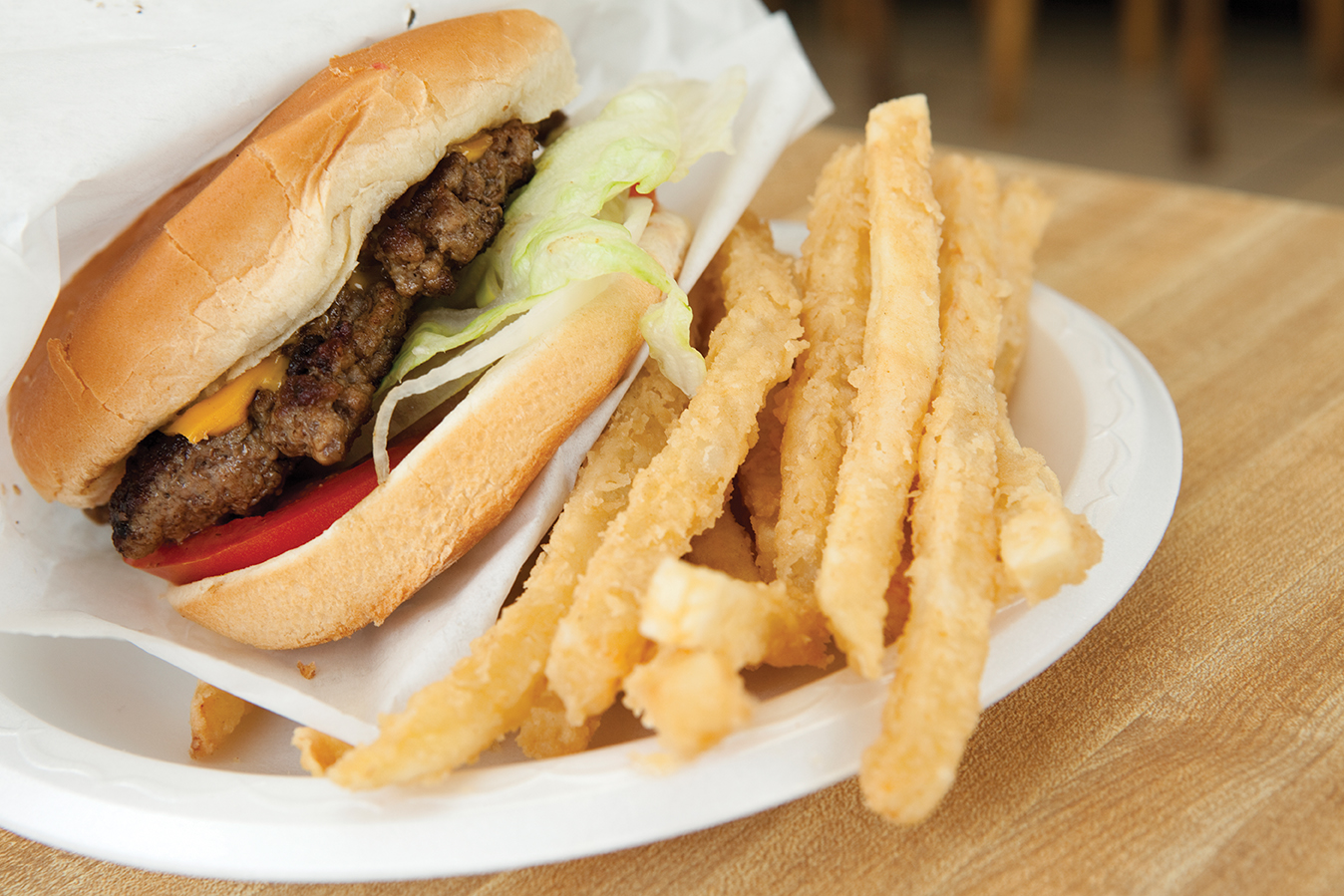 Breaded and cooked in lard, the fries at the Dixie Drive-In seem more Southern than French. photograph by Joshua Curry

Practically speaking, the Dixie has to be a drive-in. With just six booths, 15 stools, and a bathroom around back, the building is too small for many diners to eat inside.

This is the way Howard and Edith Stevens, the Dixie’s founders, imagined the place. Howard had worked nights on the short-order line at a drive-in after spending the day laboring on the family farm outside Whiteville. When he and Edith decided to sell the farm and open the Dixie in 1963, their sons — George, Steve, and Tony — were nearly grown.

Older patrons can tell you how they remember the husband-and-wife team: Edith cooking fries while Howard worked the grill in a long-sleeve shirt and dress shoes. They claim they never saw a stain of mustard or ketchup on Howard.

They also remember how the sons came in after school and worked shifts. Now those shifts have turned into careers: George has never worked anywhere else; Steve came back after serving in the Air Force; and Tony, a Baptist preacher on the side, found his way home after attending Bible college.

“You do what your daddy says,” Steve says with a laugh. “I pretty much knew I was going to come back.”

Generations of customers — the children and grandchildren of the mechanics and lawyers and farmhands in Robeson County — come back, too. They come back for the same burger, fixed the same way. It only costs a little more than it used to.

The Stevens brothers say they don’t think about milestones. The Dixie is 50 years old this year, but the brothers say the decades run together. They’re more concerned with the daily operation of the drive-in, where they plan to cook and serve meals until they can’t anymore.

“Four families survived out of here,” Tony says. “This is it. If we close up, we’re gone.”

As the lunch rush slows, Tony’s granddaughter Brooke Seate, a waitress, hints of her plans to keep the Dixie open for coming generations.

She’s heading off for college in the fall, away from Lumberton. But she’s already thinking about coming back home with a business degree and using it to run the drive-in.

She sees a future here as long as hungry customers are drawn to the Dixie. That future looks a lot like the past.