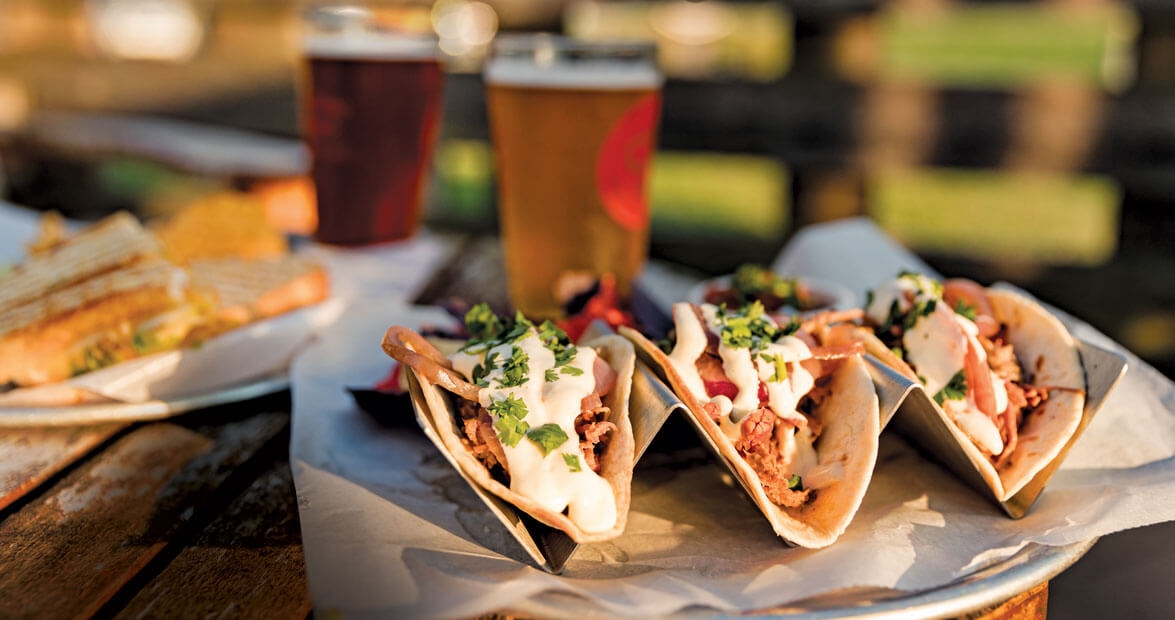 Just outside the Double Barley Brewing taproom, in the open-air beer garden, tonight’s band — Gypsy Railroad, from Clayton — is unloading gear and tuning guitars. They run through the set list, a blend of originals and acoustic covers of rock songs from the ’70s to the ’90s. At the bar, people order craft beers and smoked brisket tacos, made with local beef and house-made pico de gallo, before taking a seat around low, black spool tables.

The guitarist strums a few chords, and the beer garden settles. The crowd tonight is like the set list: eclectic. Local regulars mingle with people just passing through town (Double Barley stands right off I-95) and those who have driven more than an hour solely for the brewery’s scene.

The music floats over the space, and immediately, everyone’s relaxed, smiling, and sipping beer that was likely named after someone who helped make this brewery possible. “It all started with a home-brew kit, so we decided to name the beers after our family and close friends,” says owner Cheryl Lane, who opened Double Barley with her husband, Larry, in 2013. Abby’s Amber Ale was named for their then-9-year-old goddaughter — she’s talented with a guitar, so the bottle label features an illustration of her playing. “All of the beers with history have their stories printed on the bottles,” Cheryl says. 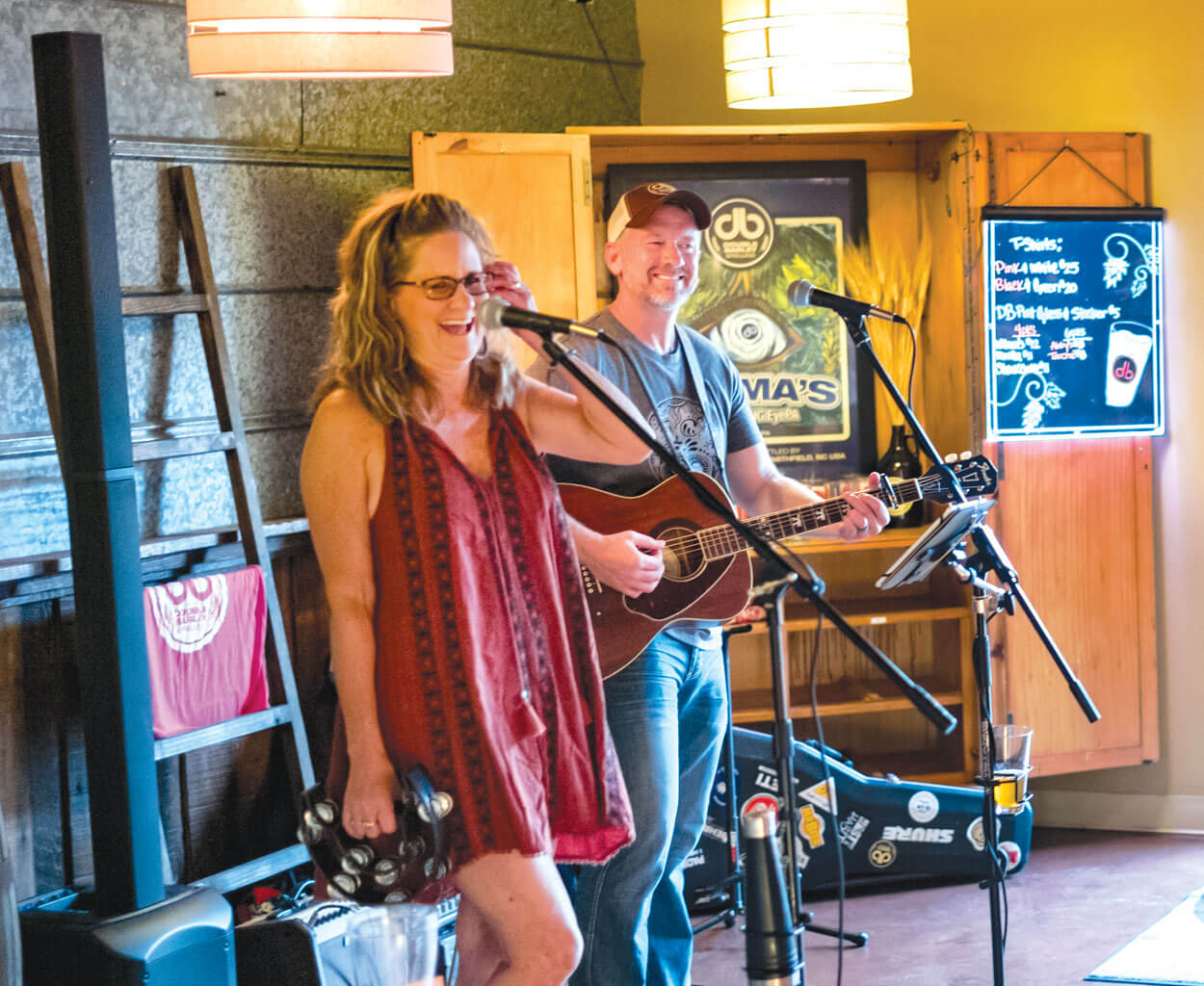 As the sun sets, the beer garden is a living picture of the Lanes’ vision for their brewery: “We wanted a place for the community to gather and hang out,” Cheryl says. Together, folks share the simple pleasures of a warm Saturday night, in worn Adirondack chairs and across picnic tables, with a drink in hand and one foot tapping to the beat.