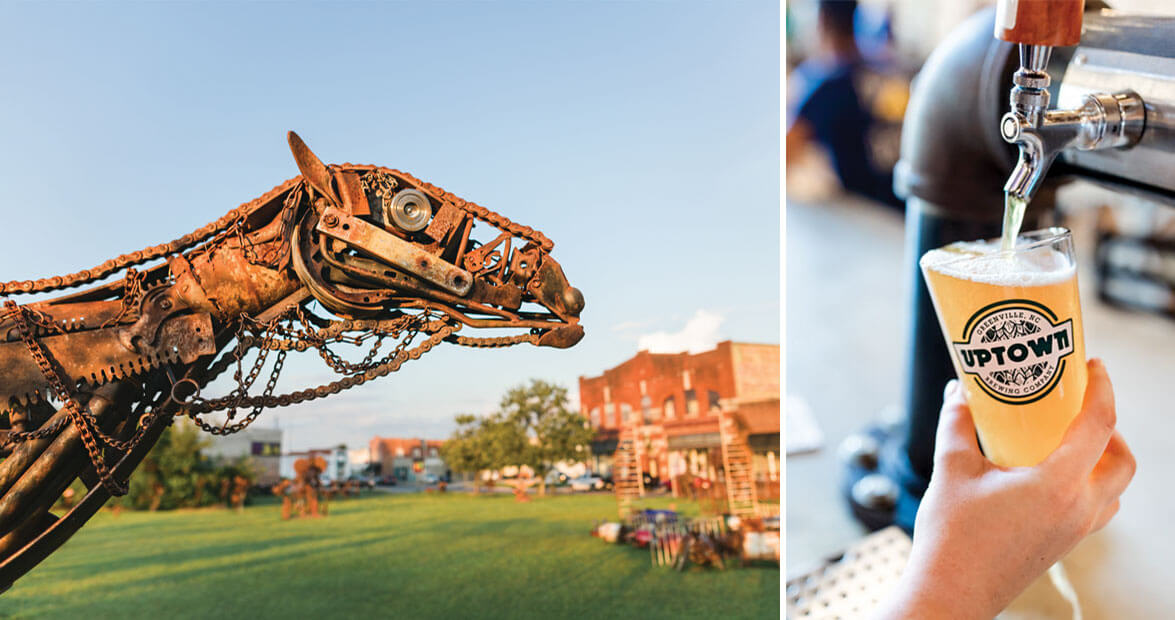 When P.J. Connelly and his family walk through Uptown Greenville, they pass storefronts and restaurants full of life. It’s a far cry from the Uptown that Connelly saw 15 years ago, when he left Wisconsin to play baseball at East Carolina University. After graduating, Connelly went on to pitch in the Los Angeles Angels organization. But something about Greenville stuck with him. Not quite a college town, not quite a metropolitan city, it has small-town comforts with the luxuries of an urban environment. “It was a community where I always knew I wanted to not only start a business, but also raise a family,” Connelly says. In 2007, he did just that.

By then, Uptown Greenville was in the midst of a transformation. No longer just a college hangout, Uptown has become a thriving destination in its own right. It’s a community that Connelly has embraced, and one that has embraced him, too — so much so that he was elected mayor in 2017. “One of the reasons I decided I wanted to come back and make Greenville my home was the fact that I love the people here,” he says. “For somebody that came here from Wisconsin, I feel like I’m at home.” 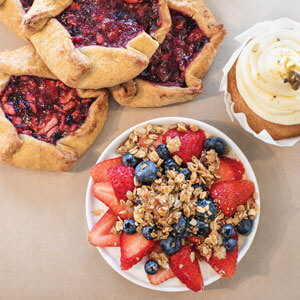 Coastal Fog. Part home decor store, part casual restaurant, Coastal Fog was created with good design in mind: Much of the art and the tasteful room layouts in The Shop were created by co-owner and interior designer Jordan Vainright Proctor. At The Market, wine, charcuterie, and homemade paninis and pastries draw a daytime crowd. 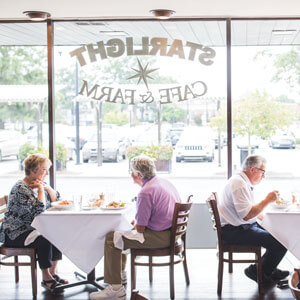 Starlight Cafe. Starlight Farm, run by the same family who owns the café, provides many of the ingredients for the restaurant’s high-end brunch and dinner menus — from huevos a la mexicana to braised pork shank — as well as gorgeous craft cocktails like the Waterloo, made with gin, campari, and watermelon. 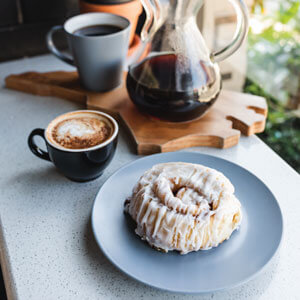 Blackbeard Coffee Roasters. The black beard at this coffee shop doesn’t belong to Blackbeard the pirate, but rather co-owner Mike Fox. He and head roaster Matt Sterling serve hand-roasted, small-batch coffee alongside cinnamon rolls (left), coffee cake, and biscuits, and offer weekly live music and yoga classes on the back patio.

Ford + Shep. In the restaurant named for his two sons, Redford and Shepherd, Chef Brandon Qualls crafts local, seasonal fare for an ever-changing menu. A winding blue hallway leads to an intimate dining room and airy sunroom, where diners feast on swordfish or filet mignon and sip original cocktails or house-made sodas. 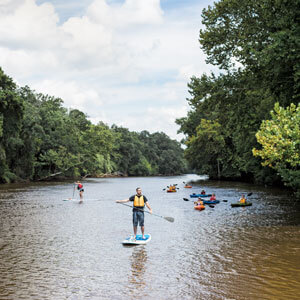 Knee Deep Adventures. An outdoor adventure is never far away when you’re in Uptown. Just beyond the Town Common, on the scenic Tar River, Knee Deep Adventures offers kayak and stand-up paddleboard rentals — plus guided tours and even SUP yoga. 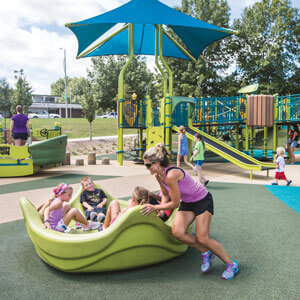 Town Common. Along the Tar River, 21 acres of green space include a riverwalk, an amphitheater, a kayak and canoe launch, and Trillium Park, one of the largest inclusive playgrounds in the Southeast. From concerts to movie nights to festivals, events take place here almost every week. 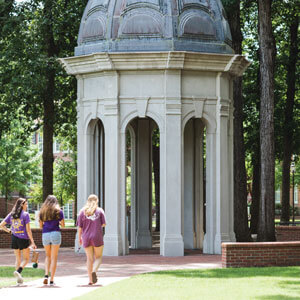 East Carolina University. You don’t have to look hard to see ECU’s influence on Greenville — here, school spirit transcends the school itself. From pirate-inspired business names to statues to the annual PirateFest, pirate culture permeates Uptown, just steps from campus. Originally a teaching college established in 1907, ECU has grown into the fourth-largest university in the state, drawing students from across the country.