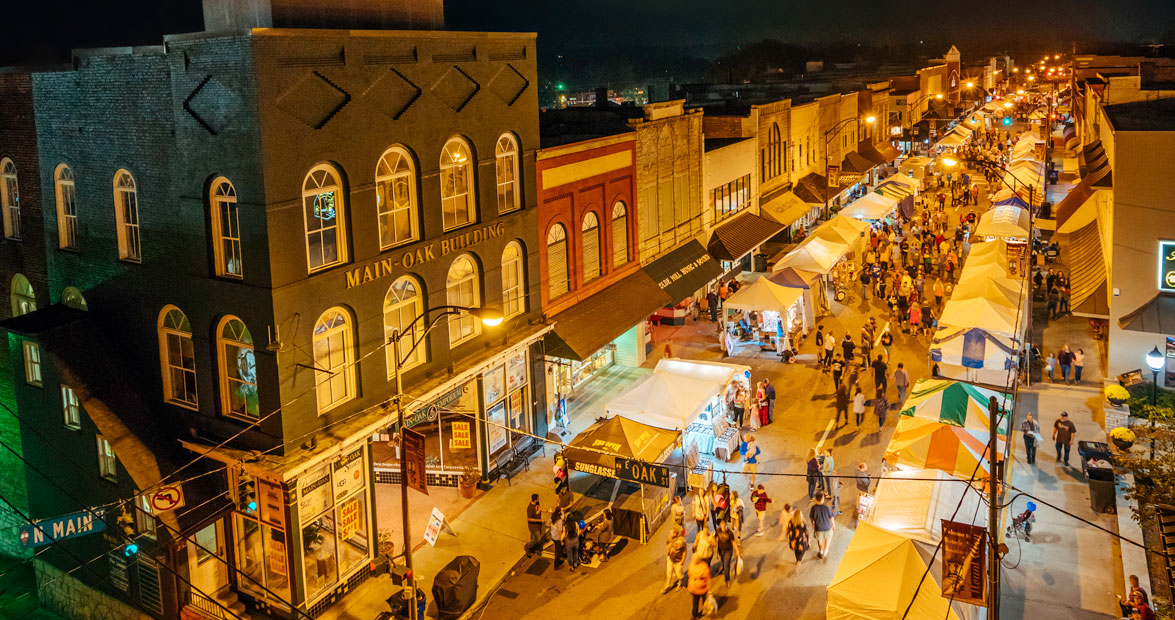 Visitors come from all over the world looking for Mayberry. In a quaint downtown flanked by the Sauratown and Blue Ridge mountains, they find it. Well, sort of. While many come to Mount Airy to pay homage to hometown hero Andy Griffith, they soon find out that there’s plenty to love in the real-life town, too. A former stagecoach stop along the Ararat River, Mount Airy found its fortune when mining took off at the nearby granite quarry in 1889. Later, local music legends like Tommy Jarrell and Benton Flippen helped bring attention to a beloved regional sound, and the town became a bluegrass and old-time music hot spot. Today, one of the nation’s longest-running radio shows still plays old-time and bluegrass music from the historic Earle Theatre. In October, the Autumn Leaves Festival brings thousands of visitors to Main Street to celebrate the area’s rich music traditions — plus crafts, art, and delicious food. People often come searching for a warm, familiar time that feels lost and long ago, but in Mount Airy, they find that it isn’t so lost after all. 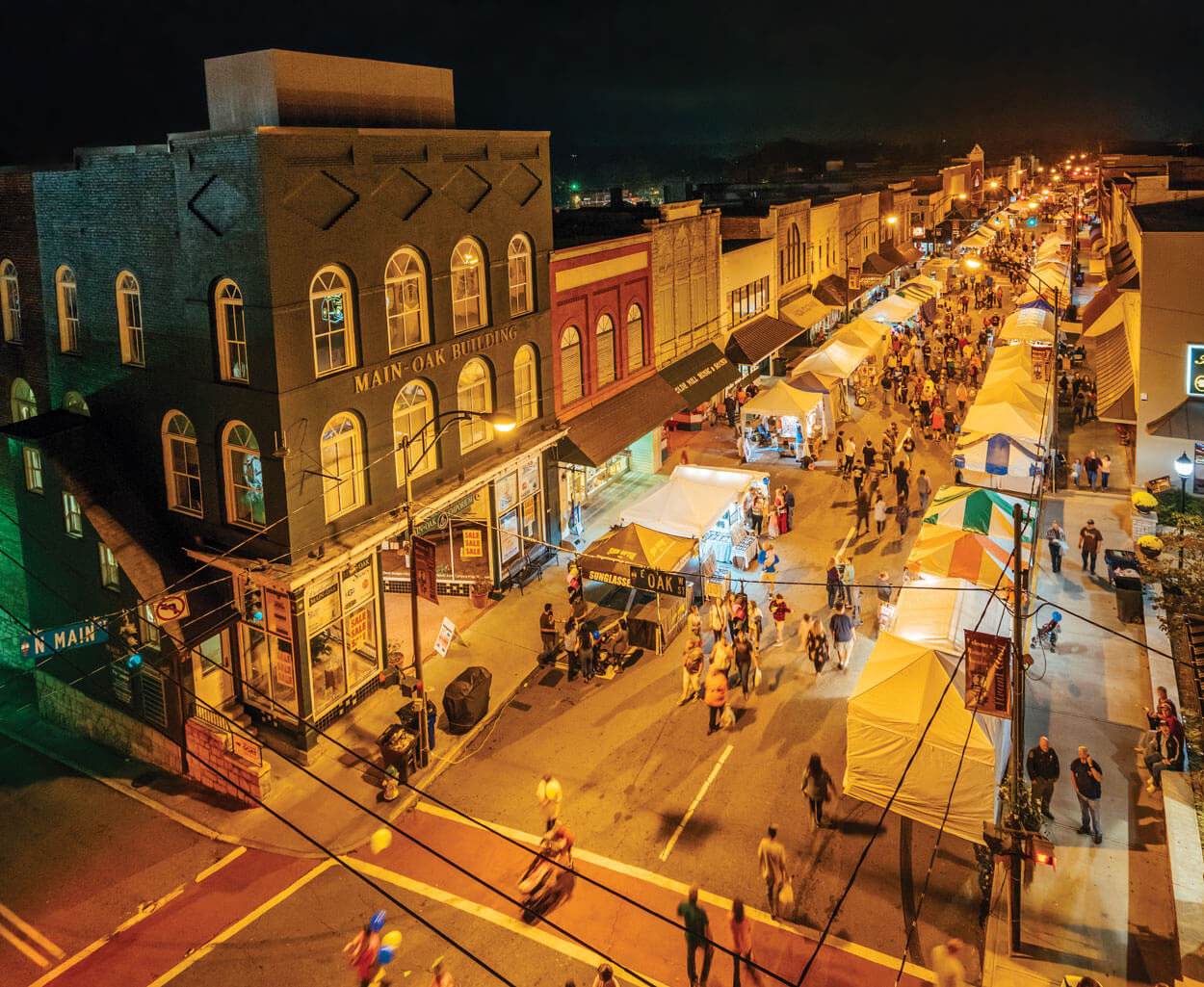 For a bird’s-eye view of Main Street, climb the clock tower at the Mount Airy Museum of Regional History. photograph by Adam Mowery 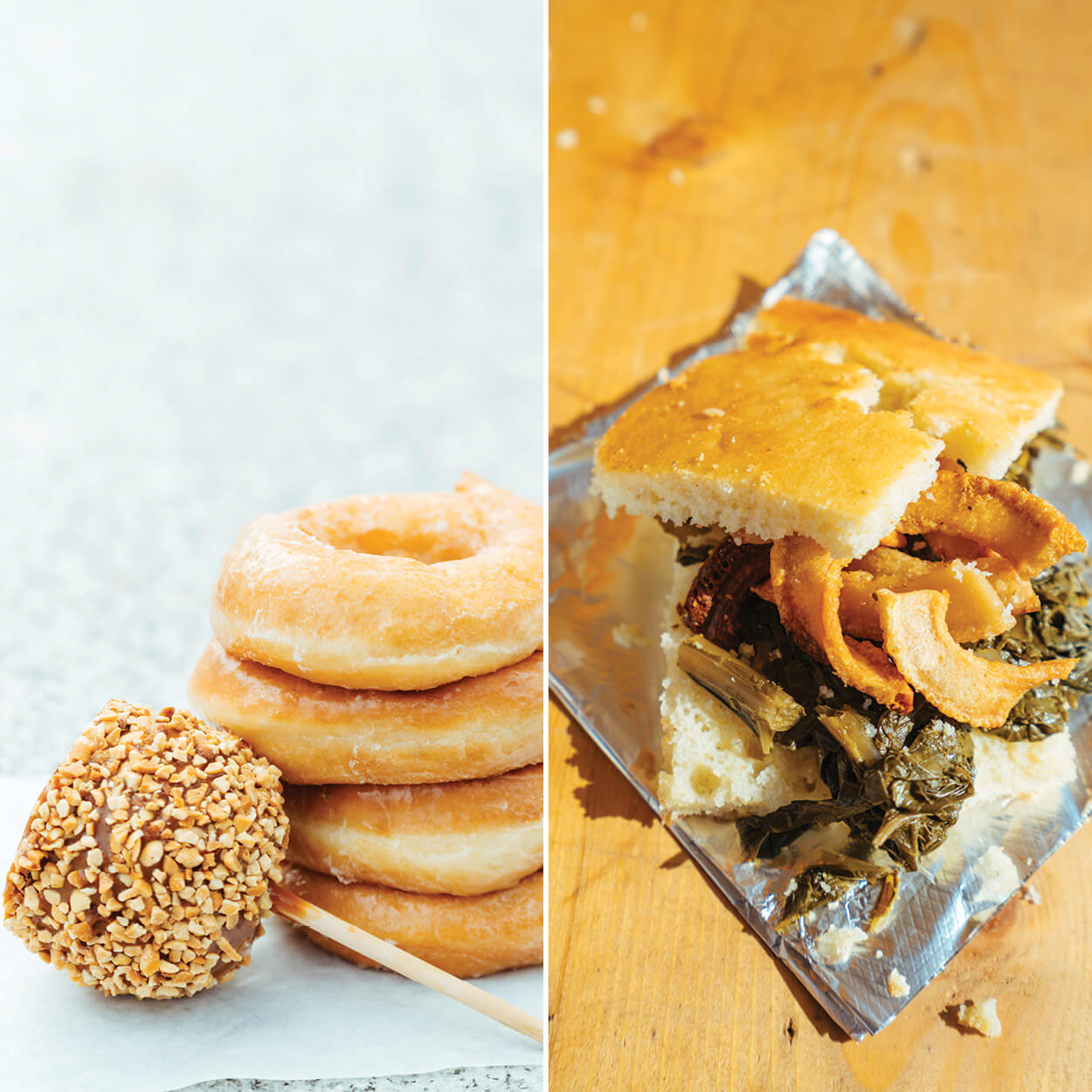 At Mount Airy’s Autumn Leaves Festival, held this October 12 to 14, attendees line up for treats like freshly made doughnuts and caramel apples coated in peanuts. But no food is more beloved than the collard green sandwich at the Sandy Level Community Council tent. photographs by Adam Mowery 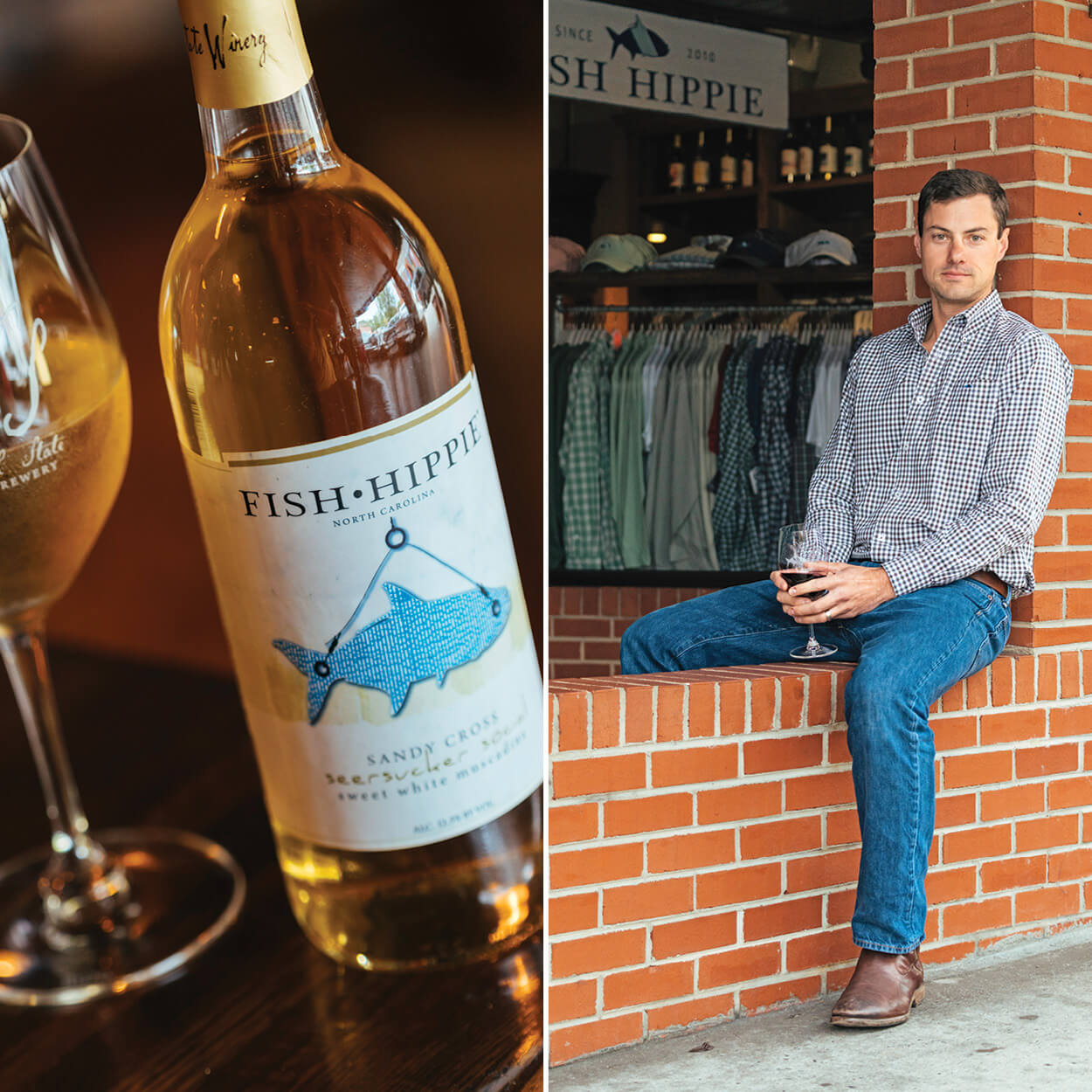 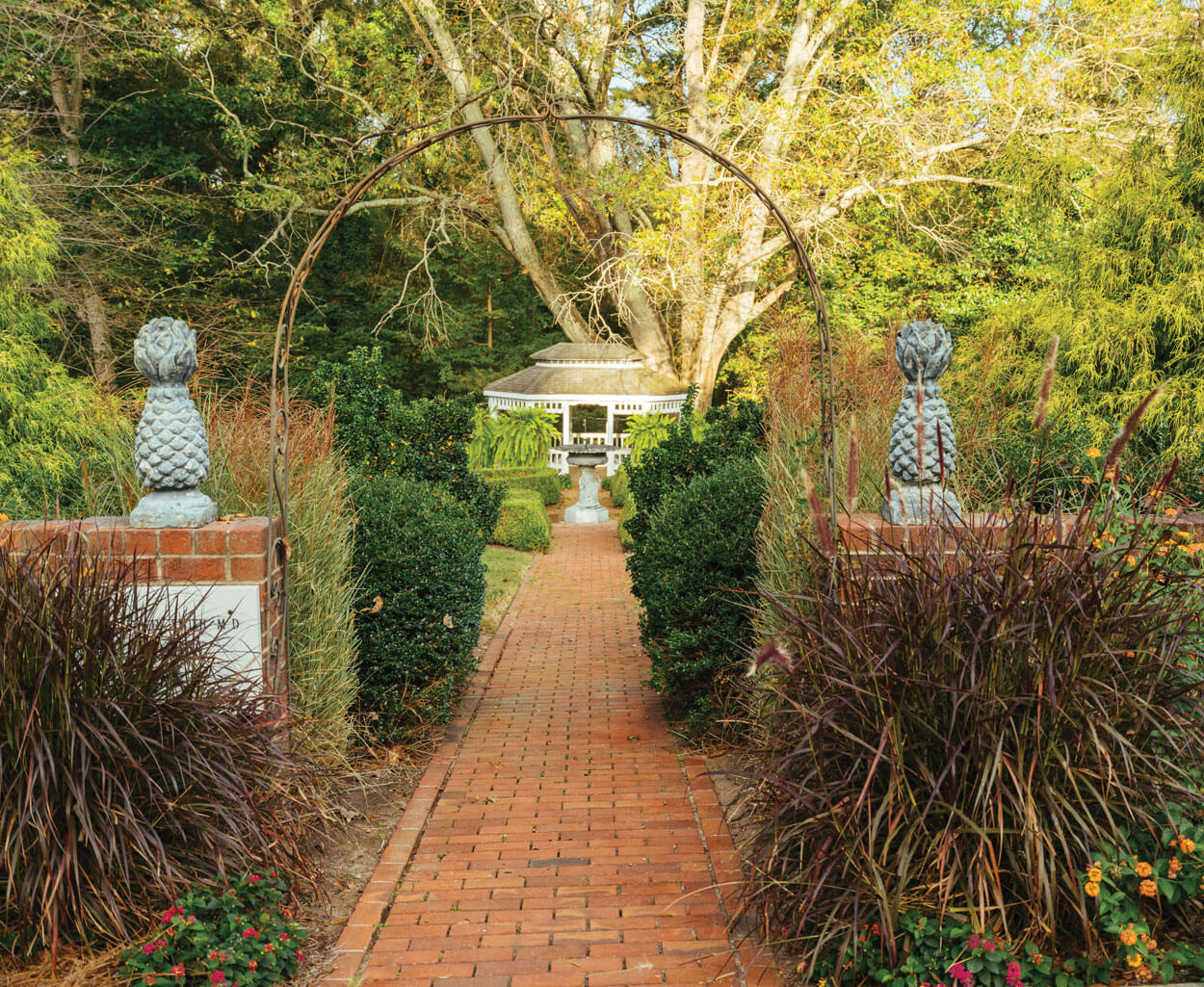 Two blocks away is one of the town’s best-kept secrets: The Blue House grounds, a quiet park where locals picnic and do yoga on the lawn. photograph by Adam Mowery 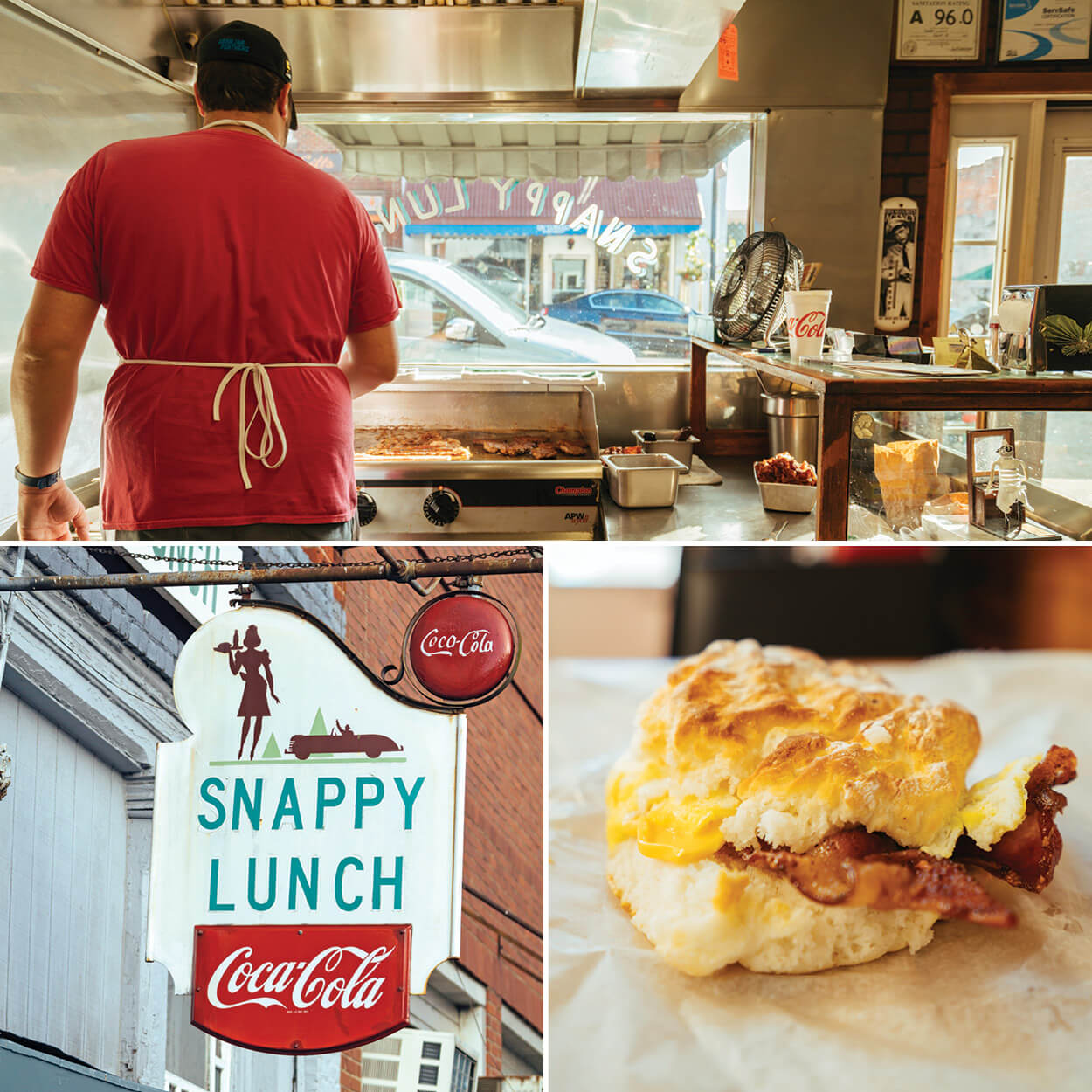 The only Mount Airy business ever mentioned during the eight-year run of The Andy Griffith Show, Snappy Lunch rose to fame with the help of owner Charles Dowell and his famous pork chop sandwich. Charles died in 2012 at the age of 84, and his son-in-law Seth Dowell-Young (above) now mans the grill, but people still come from near and far for a taste. And while Snappy’s pork chop sandwiches are storied, the bacon, egg, and cheese biscuits are worth a try, too. 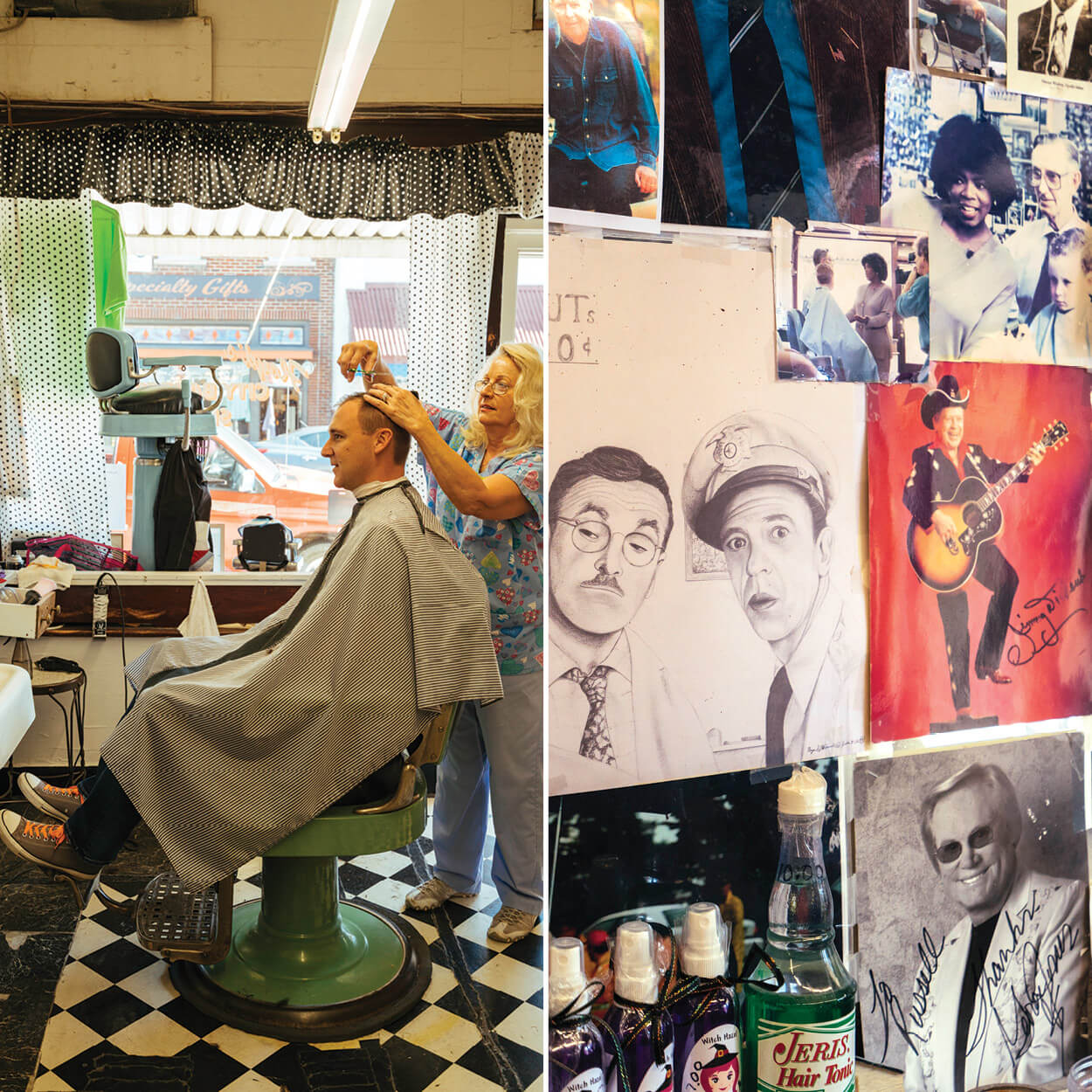 Next door, Floyd’s City Barber Shop also attracts its fair share of fans. Owner Russell Hiatt was the inspiration for the character of Floyd Lawson on The Andy Griffith Show, and he cut hair for almost 70 years until he died in 2016 at the age of 92. Today, a “wall of fame” showcases memorabilia and photos of famous visitors like Oprah Winfrey, and the spirit of “the real Floyd” lives on. photographs by Adam Mowery