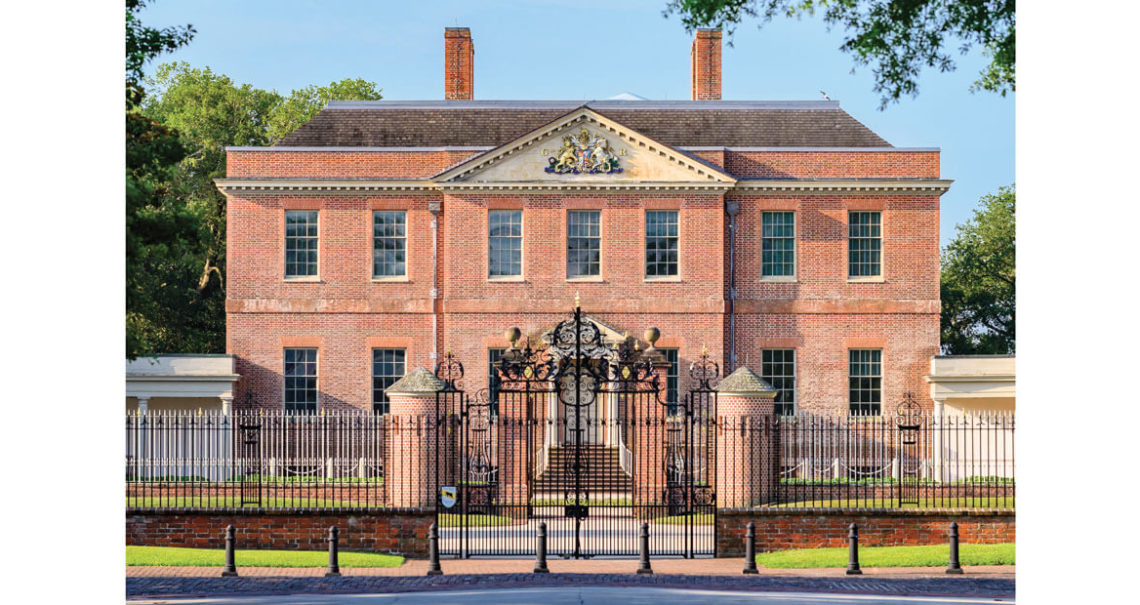 Less than 24 hours after arriving in New Bern for a birthday party at a historic home in 2017, Michael and Denise Gleason were talking about trading in their careers to open a bed and breakfast in the riverfront town.

Six months later, the couple moved from suburban Apex to downtown New Bern and started transforming a neglected 1903 mansion into The Jarvis at 220. In between trips to the hardware store, the Gleasons took advantage of opportunities to explore their new surroundings — and eventually encouraged their guests to do the same. “New Bern has a vibe; it’s a place where people have a spirit of wanting to connect,” Michael says. “The downtown district has this attitude that we’re all in this together and working to make it better. We joined this fun and historic culture, and our goal is to keep that ball rolling.”

The Jarvis at 220. The historic mansion that the Gleasons bought in 2018 has undergone a total transformation. The result is a four-room inn featuring a combination of historic details, modern touches, and luxe appointments. 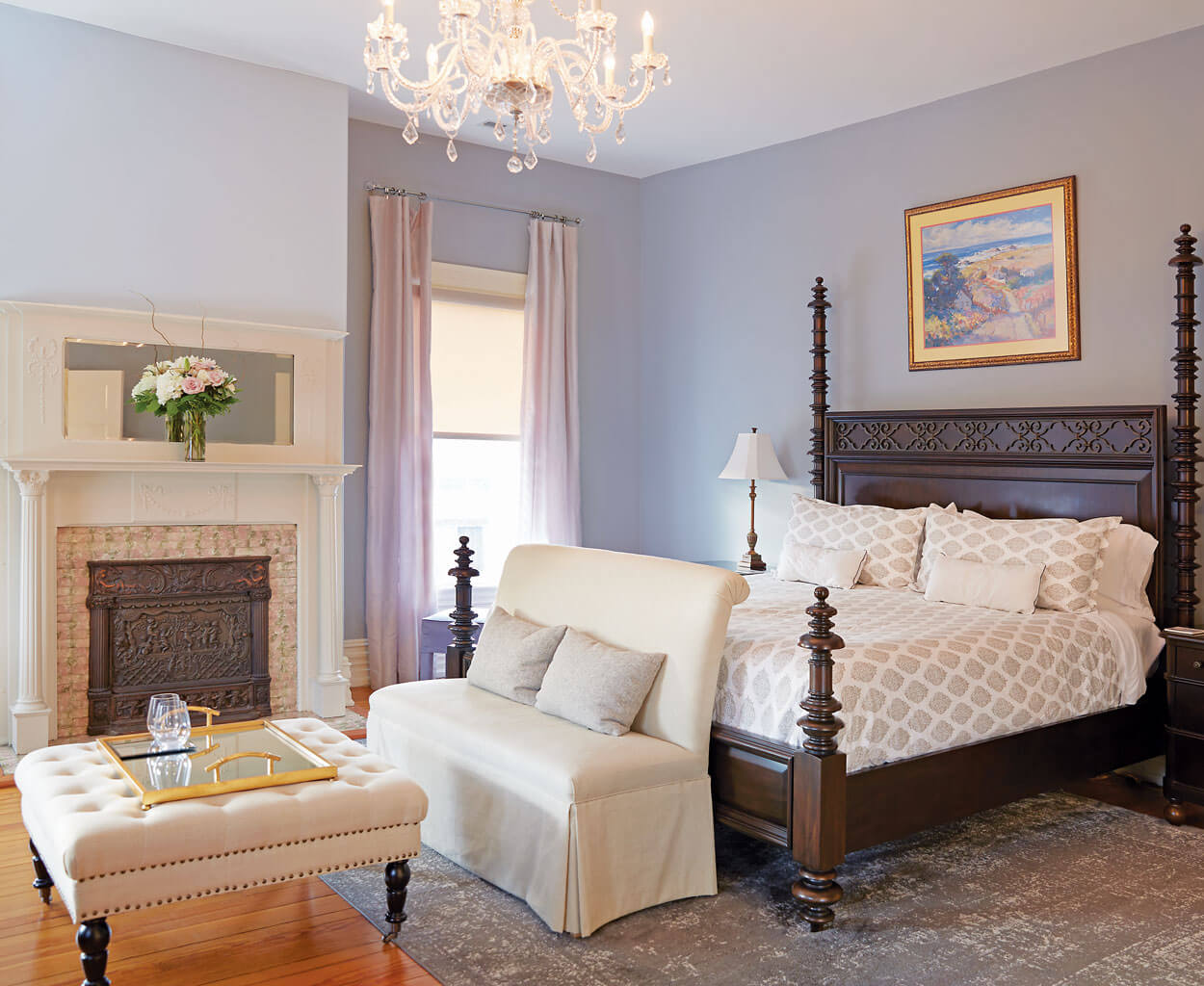 Enjoy a luxurious stay at The Jarvis at 220.

Blue Magnolia. From furniture and artwork to scarves, bags, and artisan-made jewelry, “you can spend hours shopping, and you never know what you might find,” Denise says. 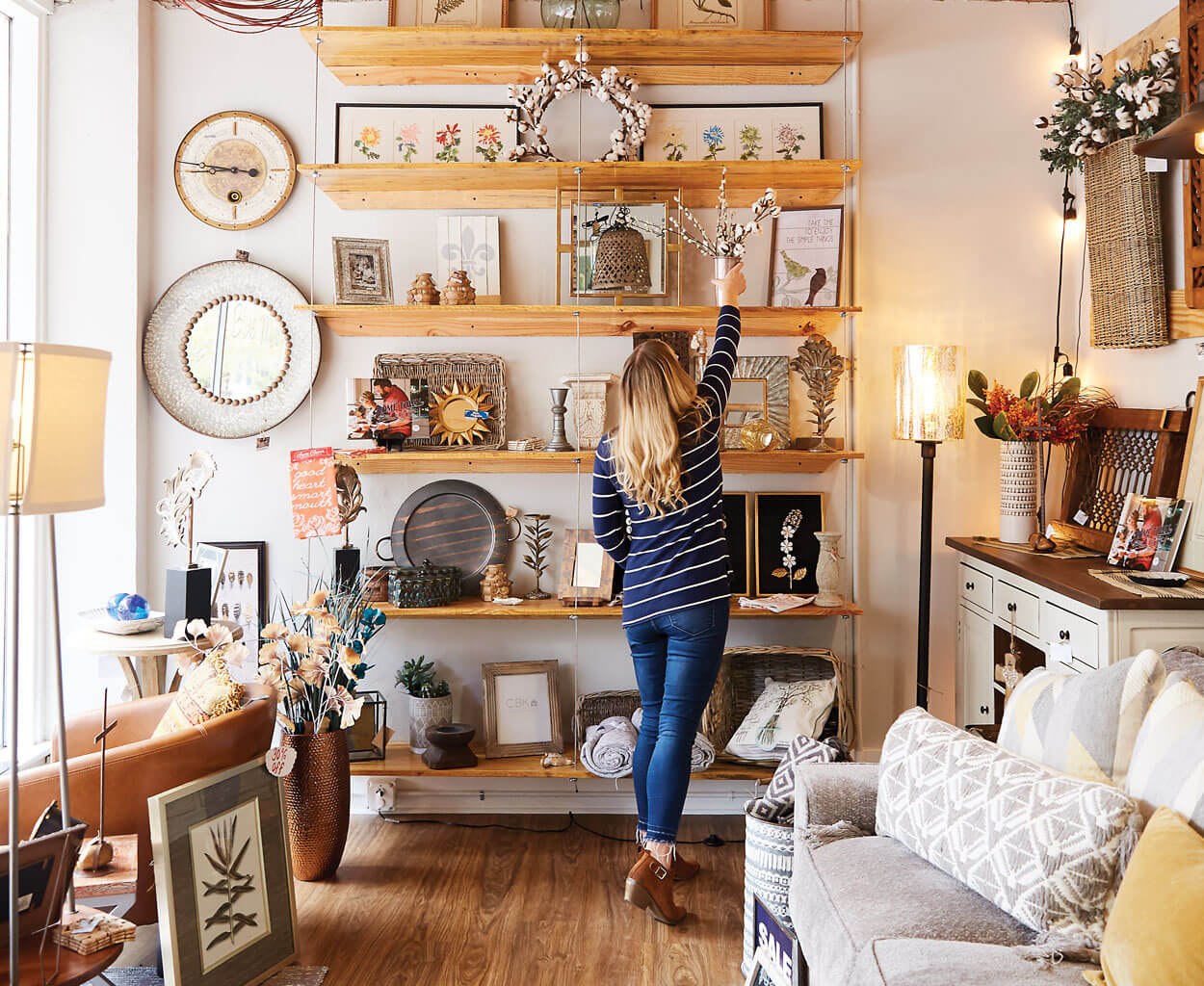 Browse the curated shelves of Blue Magnolia for a new addition for your home.

Small Batch Gallery + Goods. Denise calls Small Batch her go-to spot for great gifts, including lotions, candles, and high-end textiles. She even puts the handcrafted soaps in all of her guest rooms.

Carolina Creations. This downtown gallery features original jewelry, paintings, pottery, and more, all made by local artists. A rotating collection of artwork from the gallery hangs on the walls of The Jarvis.

Surf, Wind and Fire. This outfitter stocks all of the camping and hiking gear, surfboards and kayaks, and New Bern-branded apparel you need for outdoor adventures. Grab a North Carolina craft beer from the in-store bar (called the Surfing Pig Tap Room) and sip while you shop. 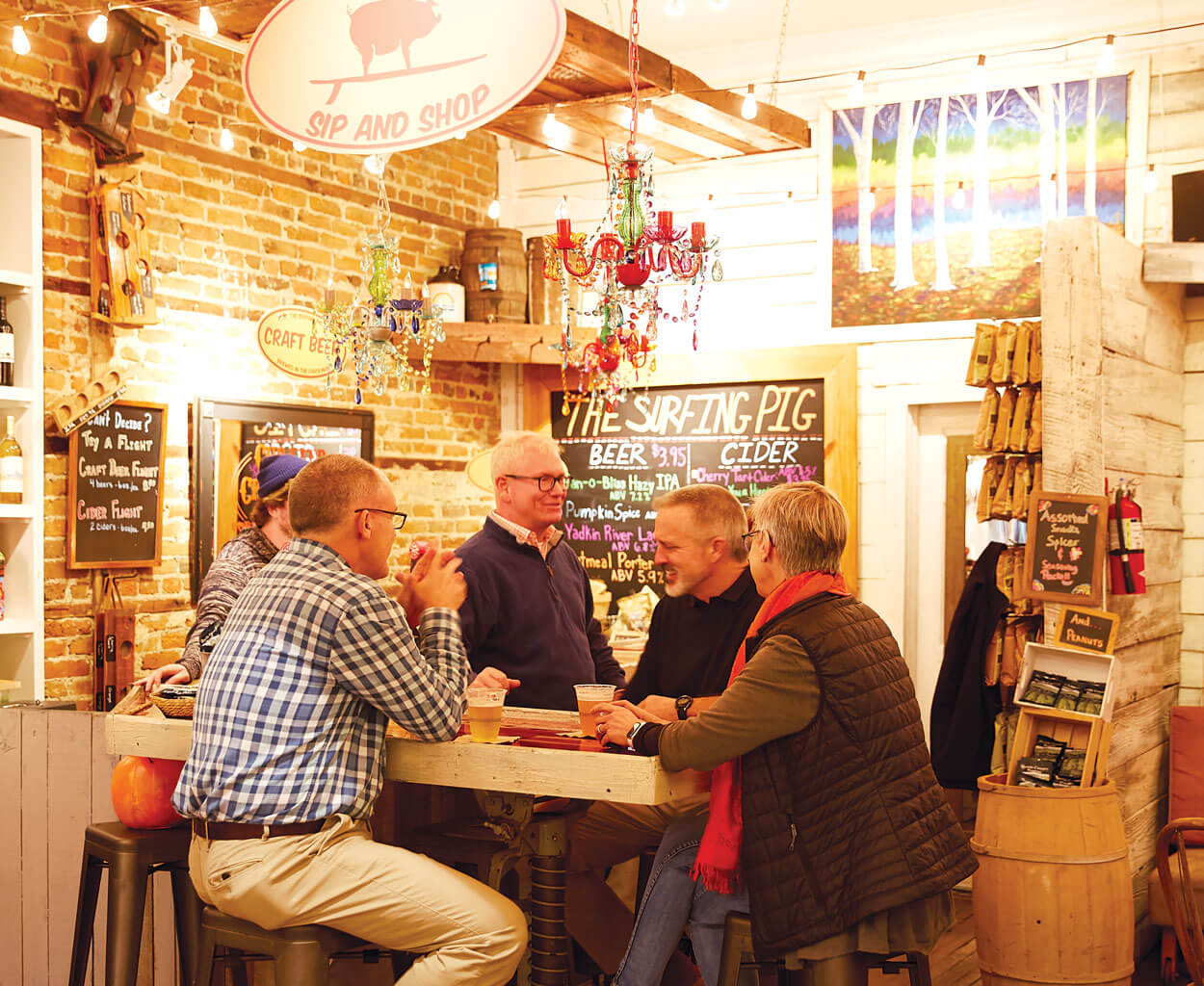 If you’re an outdoor enthusiast or a craft beer lover, this shop is the perfect pit stop.

Bear City Fudge Company. The pastry case is always stocked with dozens of flavors of fudge, but Michael believes that the ice cream, which comes from Simply Natural Creamery in nearby Ayden, deserves the spotlight. “Kids take field trips there, and it’s known for the best ice cream around,” he says. Order a scoop and a piece of the butternut fudge. 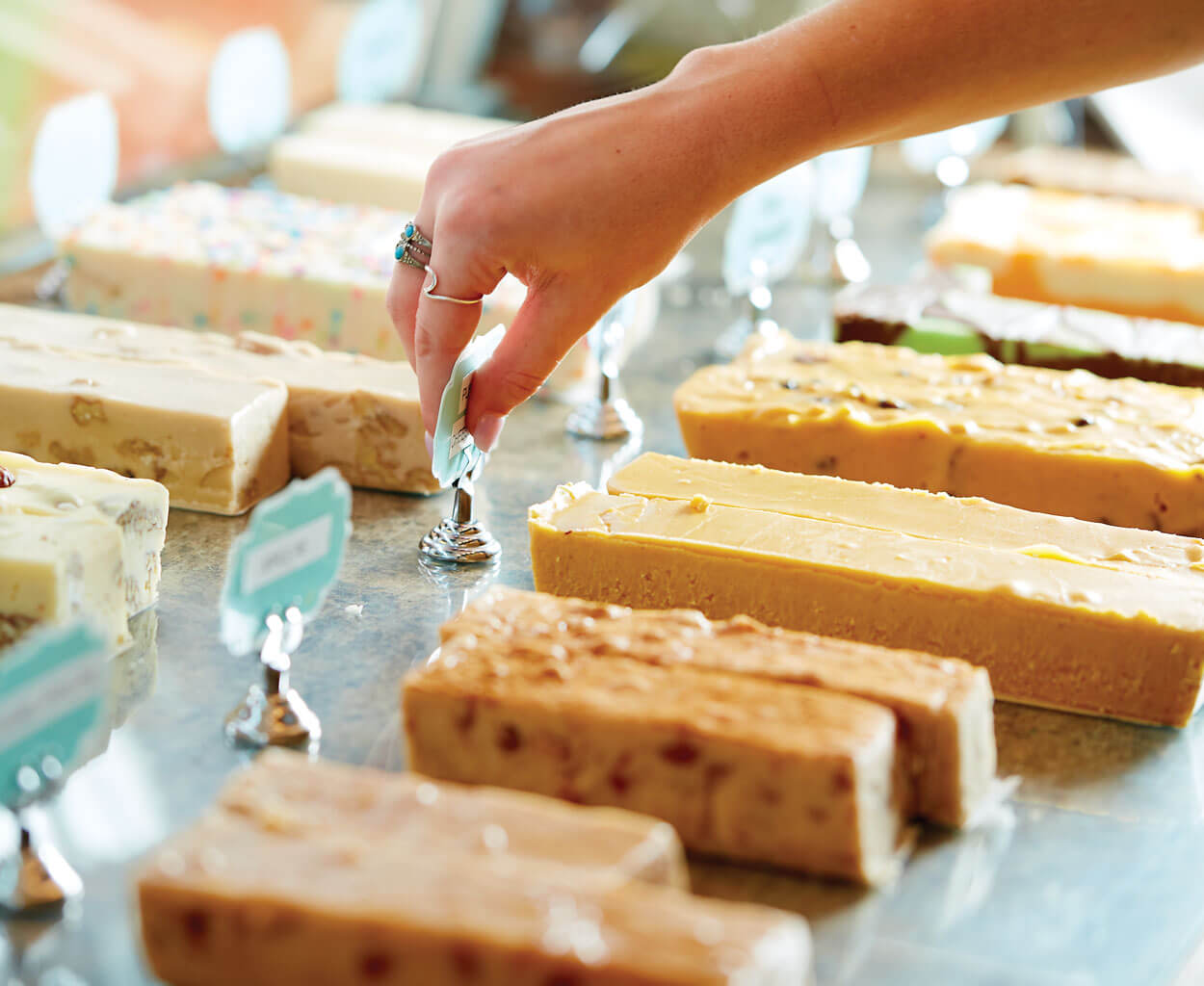 MJ’s Raw Bar & Grille. Tuck into steamed crawfish, fried flounder, and peel-and-eat shrimp at this casual downtown eatery. Michael calls the daily specials “the freshest seafood you can get in town.”

Cypress Hall Kitchen + Bar. “The menu is so different from anything [else] we have in New Bern,” Michael says of Cypress Hall’s creative dishes, including the duck pastrami pizza. The restaurant’s design is a standout, too, complete with exposed brick and hallways lined in the cypress wood that gives the restaurant its name. 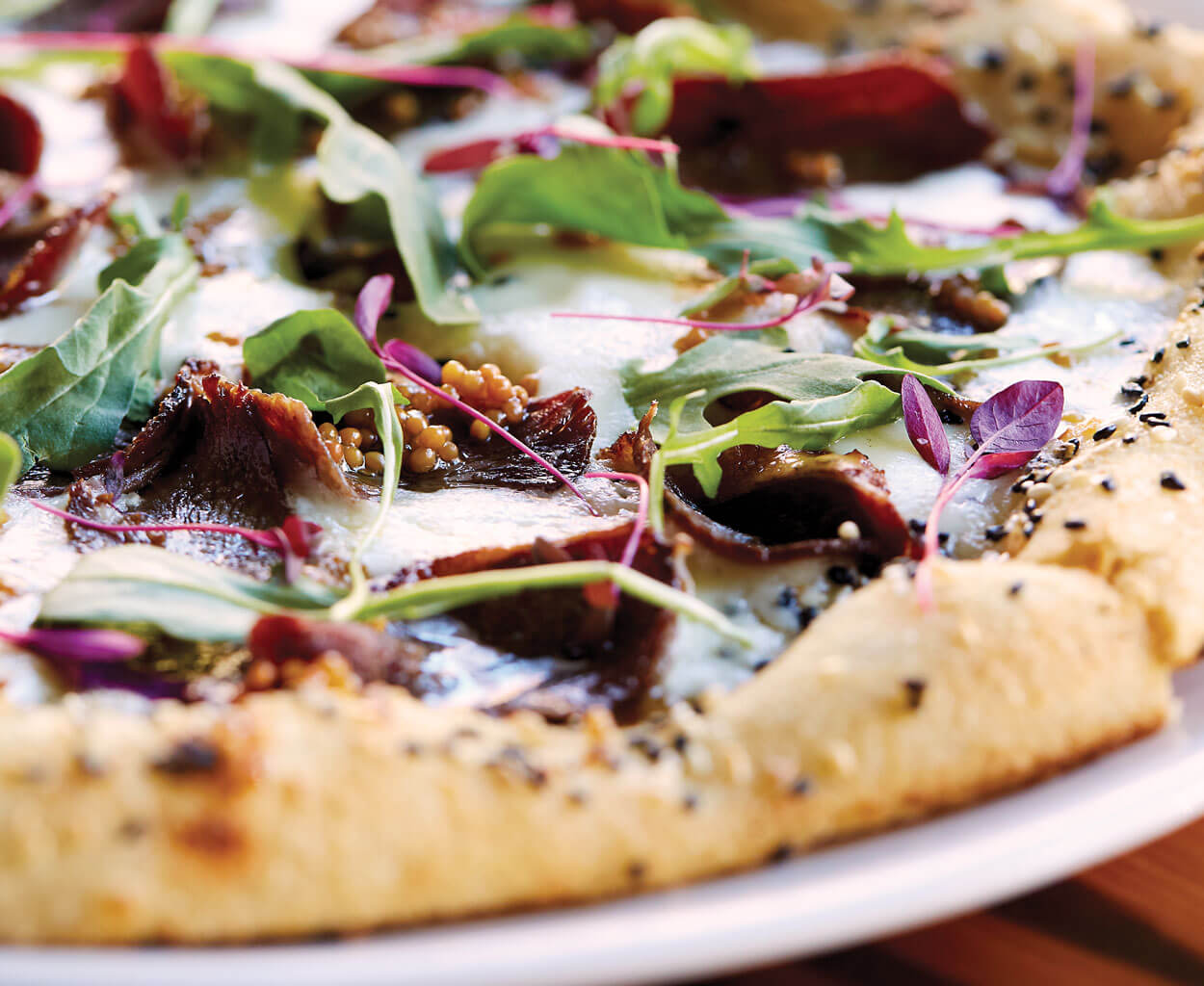 The duck pastrami pizza is a must-try at Cypress Hall Kitchen + Bar.

Brewery 99. This microbrewery — housed in a nondescript cinder-block building with the number 99 painted above the door — has just five beers on tap, but it’s a popular watering hole. “The locals use it as a rallying point,” Michael says. “When we’re going out for the evening, we start at 99.”

Firemen’s Museum. The Great Fire of 1922 destroyed more than 1,000 buildings in New Bern, and relics from the tragic event — along with an impressive collection of historic firefighting equipment and artifacts — are on display in the former firehouse. “Every single guest we’ve ever sent there has said it was the best tour ever,” Michael says. 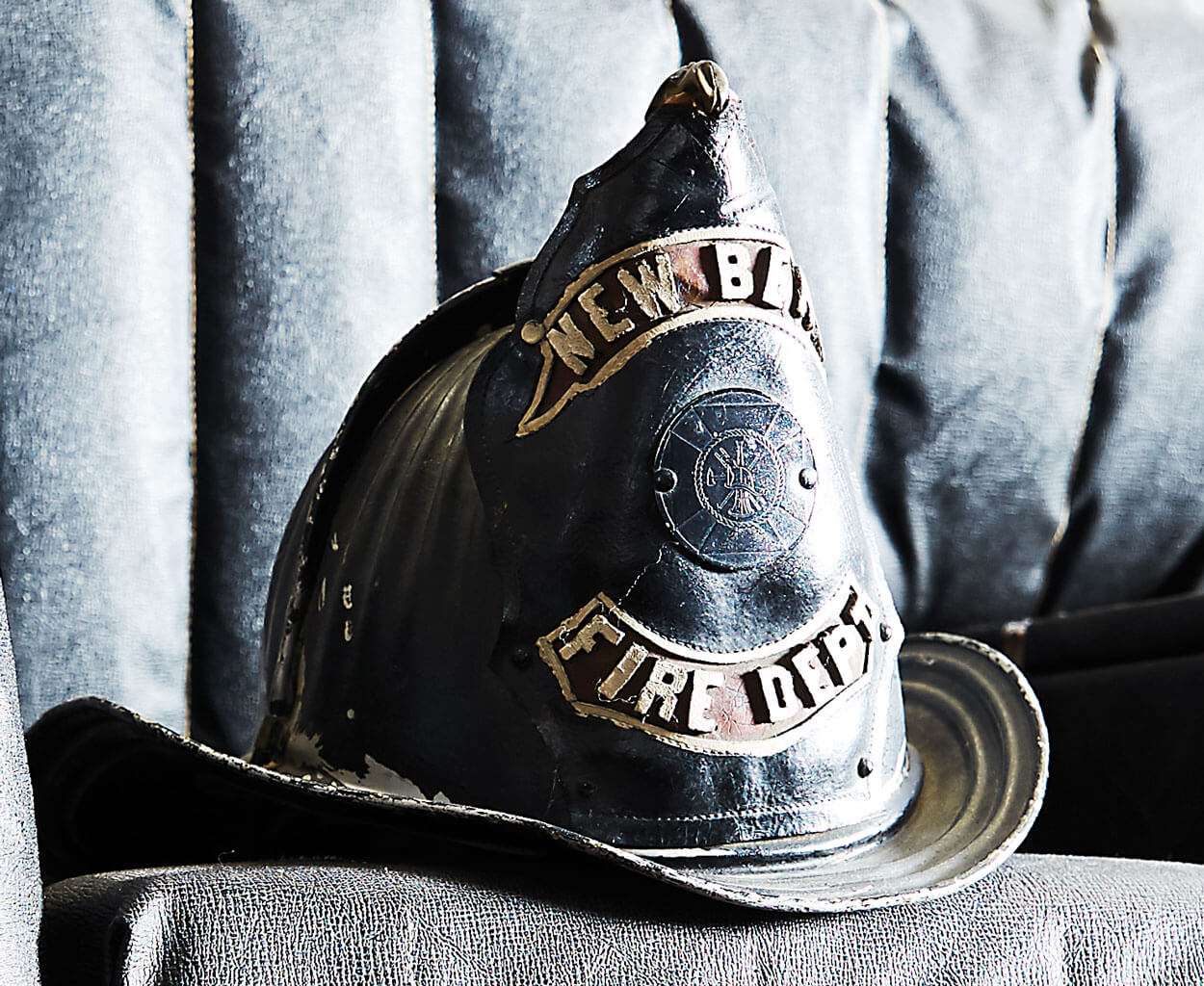 Explore what remained following The Great Fire of 1922 in New Bern.

Bank of the Arts. The Craven Arts Council operates a gallery in a former bank building to showcase local artists and host special events like plein air painting groups and live music.

The Birthplace of Pepsi-Cola. The former pharmacy where Caleb Bradham created Pepsi in 1898 is now a soda fountain, museum, and gift shop.

Persimmons. The view from the deck of this riverfront restaurant cannot be beat. Stop in for Sunday brunch or enjoy dinner and live entertainment.

Tryon Palace. This home served as the governor’s residence from 1770 to 1775, when New Bern was the state capital. Tour the palace, gardens, and historic buildings.