Featured Image: Stand-up paddleboard rentals from Pogie’s Fishing Center provide a unique perspective of the “Friendly City by the Sea.”

In downtown Swansboro, you can see the water from almost anywhere. As you drive into town, the sun reflects off of it like diamonds. As you eat lunch, kayakers glide by on their way to Hammocks Beach State Park. As you wander Front Street, it peeks out between red-brick buildings.

And in this historic port town, that’s the point. At the mouth of the White Oak River, located along the Intracoastal Waterway, and minutes from Atlantic Beach, Swansboro is, and always has been, sustained by the water. It was the site of an Algonquin Indian village long before it became a busy colonial port. Famed for shipbuilding in the 18th and 19th centuries, Swansboro was largely a fishing village by the 1900s. These days, Front Street bustles with more tourists than fishmongers and sailors. But, at every turn, the water beckons and beauty abounds, just as it always has. 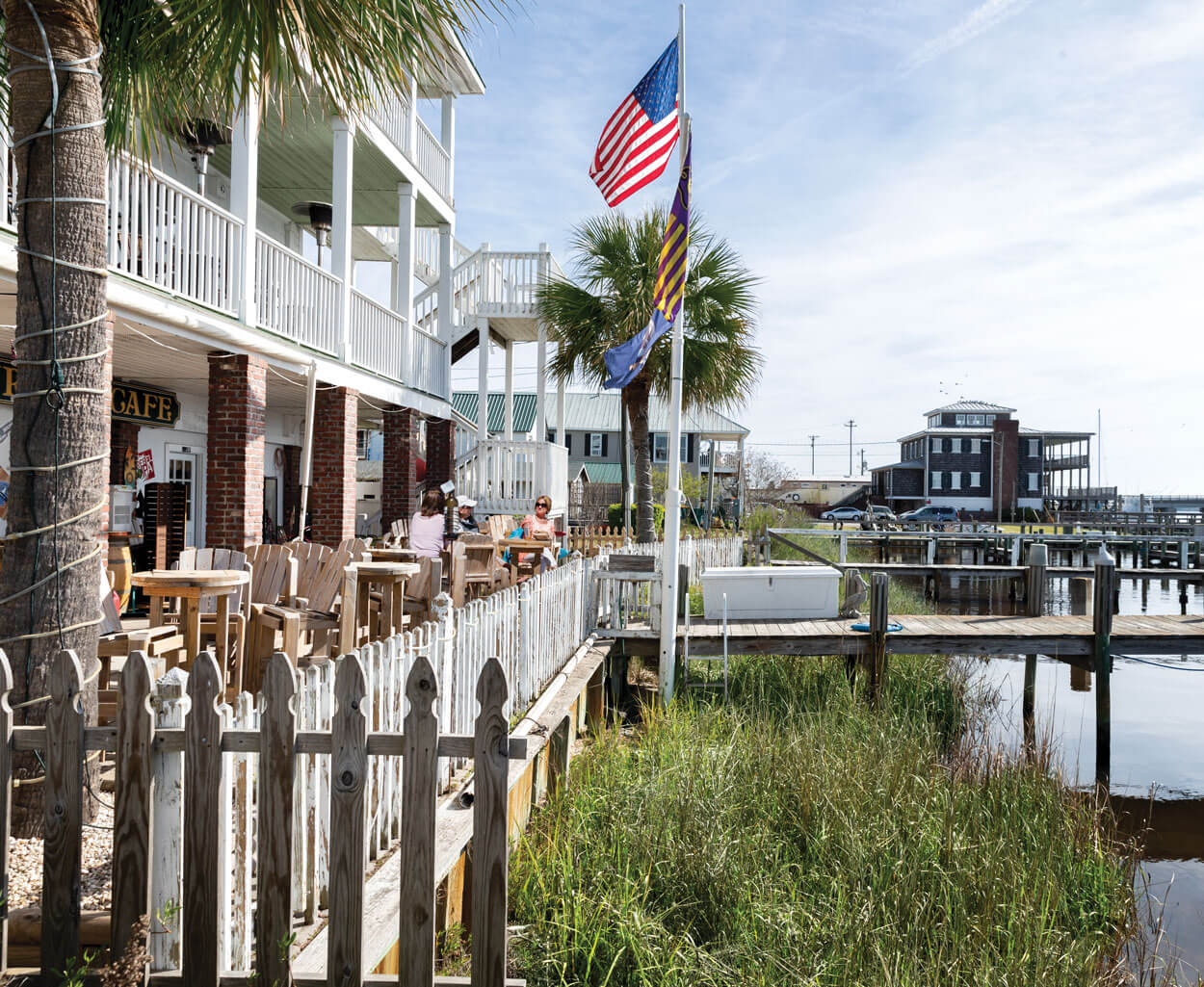 At Bake, Bottle & Brew, grab a cup of coffee or enjoy a cold drink waterside. If you’re lucky, you might spot a pod of dolphins. photograph by Charles Harris 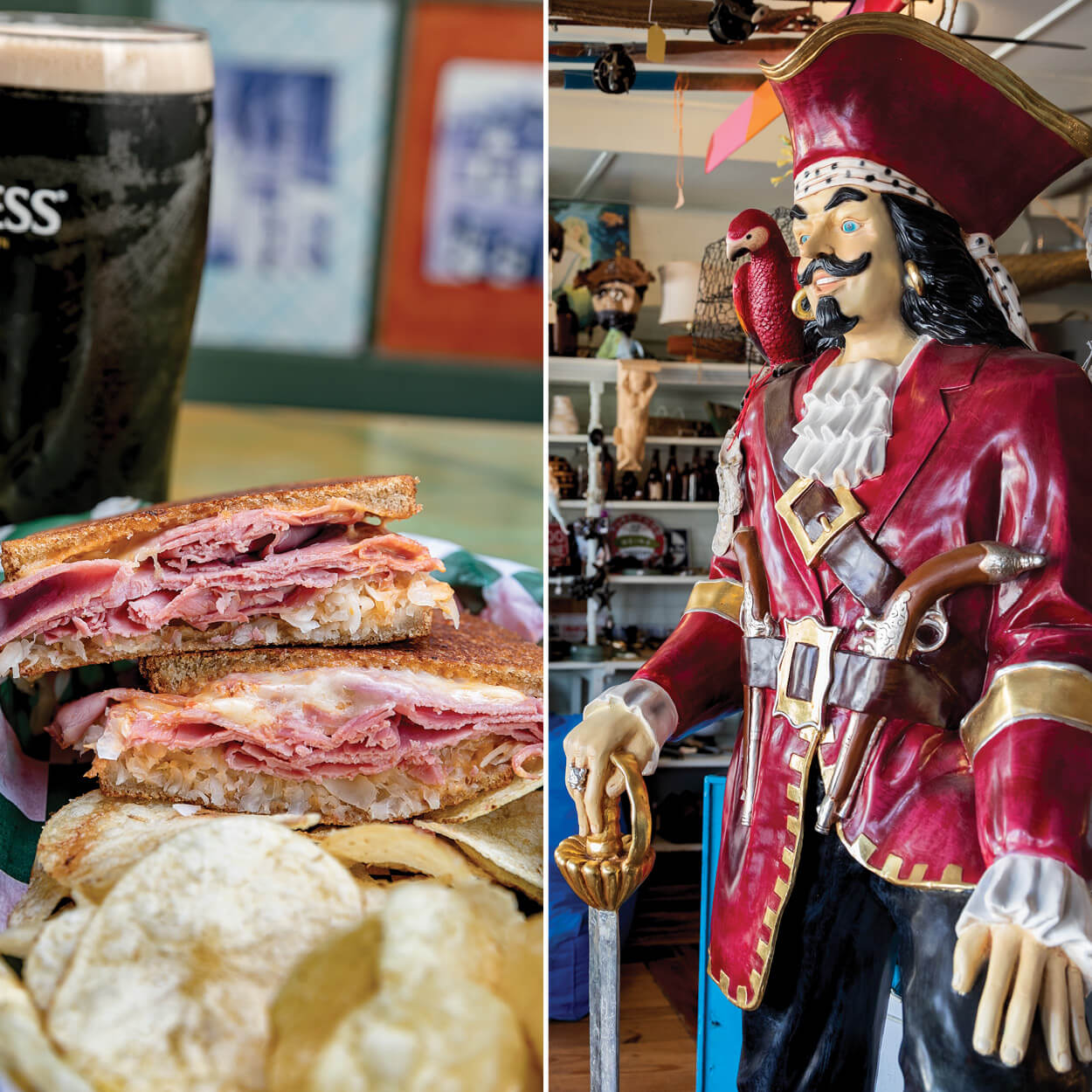 Just one block from the water, at Church Street Deli and Pub, order the famous grilled Reuben. After lunch, search for coastal antiques at Poor Man’s Hole. photographs by Charles Harris 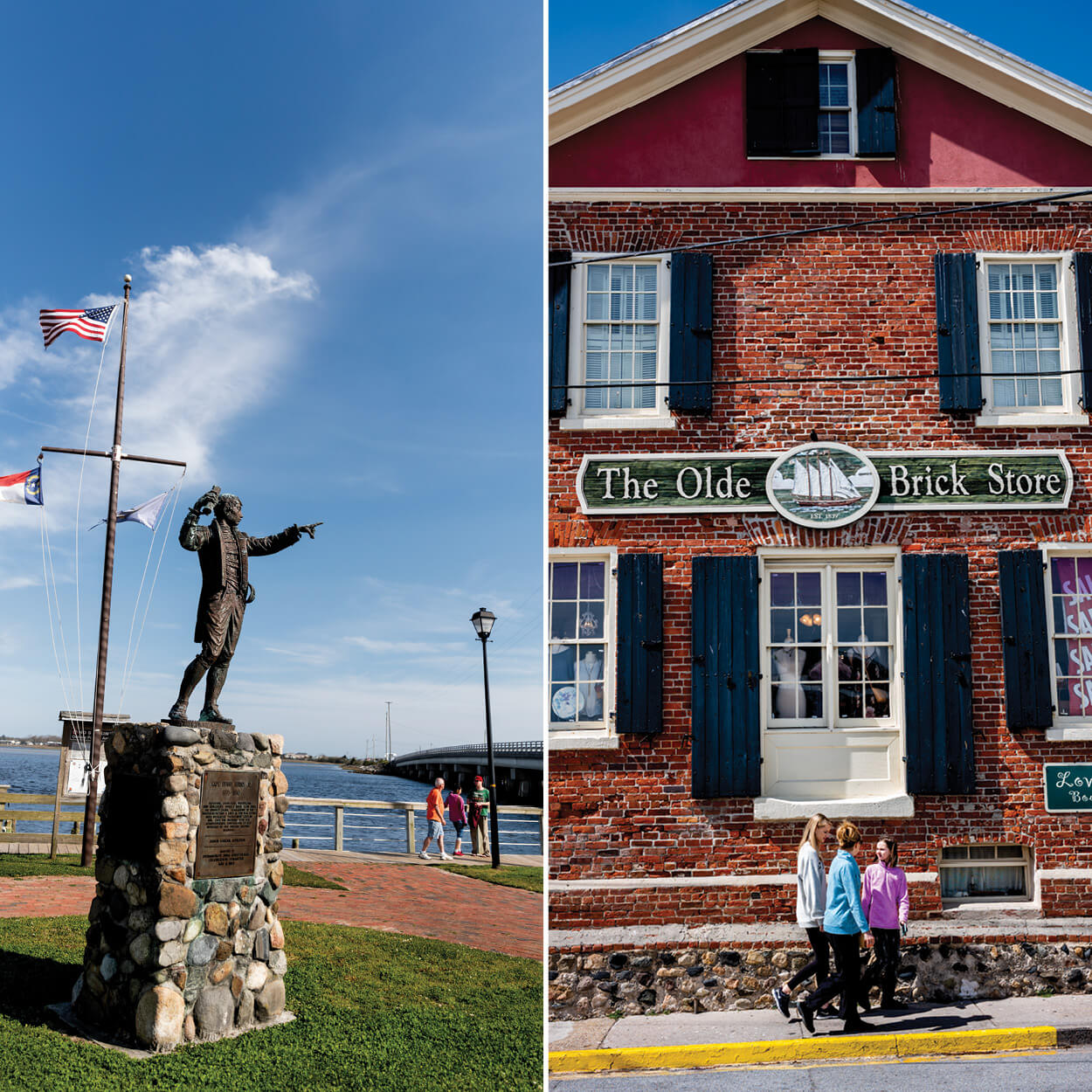 Then, check out Swansboro’s oldest building, The Olde Brick Store, built in 1839 on a lot once owned by legendary shipbuilder Capt. Otway Burns, who is memorialized in Bicentennial Park. photographs by Charles Harris 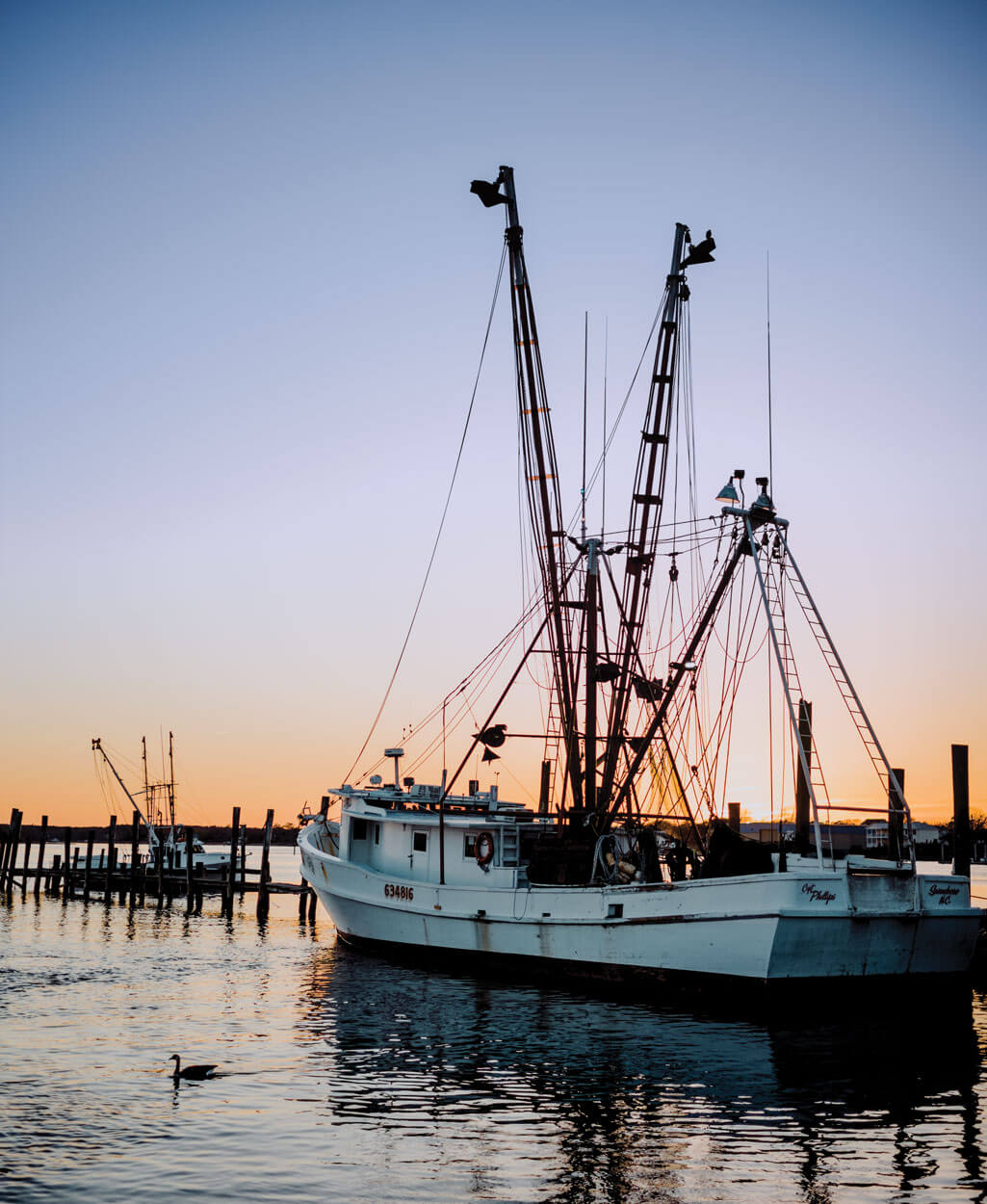 Along the bridge that connects Swansboro to Bogue Sound and Emerald Isle stands a veritable legend on the Carolina coast: Clyde Phillips Seafood Market. Vacationing beachgoers and residents alike have been buying Phillips’s seafood since 1962, but at sunset, the view of the Captain Phillips shrimp boat docked outside the market on the White Oak River is nearly as impressive as the local shrimp themselves. photograph by Charles Harris