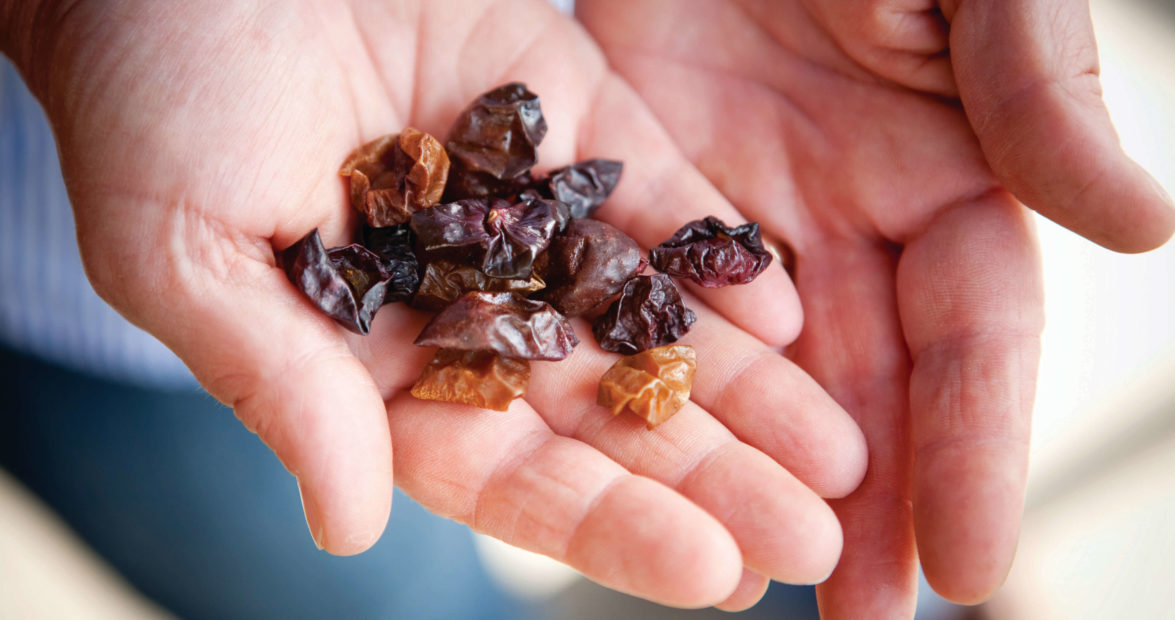 EDITOR’S NOTE: This story originally appeared in the June 2010 issue.

After nearly 30 years of serious gardening in western North Carolina, my husband and I were ready to quit working so hard. For decades, we had spent our time tending the grand sweep of countryside we owned — and unceasingly groomed — in Boone.

So when Saul and I got the chance to build a new house on a tiny lot in Asheville, we grabbed it. Once the house was built and the driveway and sidewalks were installed, only about 2,000 square feet of arable land remained. Goodbye, sore muscles; hello, leisure time.

The only problem was that Saul and I enjoyed growing our own food. We’d been doing it since 1981, when we owned land in Alleghany County. Our Boone place had apple, pear, and even peach trees; berries galore, nuts, and herbs; and room for green beans, tomatoes, lettuce, kale, and more. Pawpaws, persimmons, crabapples, quince, yucca, even the medieval medlar. How in the world could we grow even a fraction of all that goodness in our roughly 40-by-50-foot plot of rock-hard clay soil?

After two growing seasons on our downsized lot, I have figured out ways to “create” space for an edible landscape. I plant things closer together than is customary. I have plants in constant rotation or arrange them at the edges of the yard. Some of my plants are up off the ground on trellises, fences, and railings, and some billow over retaining walls.

Even the clay hardpan has responded well to organic conditioning; the soil is surprisingly fertile and holds moisture well in drought conditions. Some plants love the tough clay — including asparagus and sunflowers — and their roots help break it up. In one corner, the soil was too tough to penetrate, so I tried planting on top of straw bales there; the phenomenal yield of tomatoes kept me in the kitchen, canning spaghetti sauce, for weeks.

While there isn’t quite the time I’d imagined for putting my feet up, the compact edible landscape takes just minutes to maintain, instead of hours.

Starting with a plan

The first step in the miniaturization process was to look back at the Boone yard. We didn’t really need all those big trees, and we didn’t need so much lawn. We started over with small trees that would quickly grow to provide shade in Asheville’s sunny climate: dwarf apples and pears, naturally petite crabapples, two pawpaw trees, and pomegranate bushes.

After analyzing microclimates around the house, I put closely spaced rows of raspberry canes, asparagus, and globe artichokes along the hot western side; a row of blueberry bushes in shade thrown by a neighbors’ house; and grape vines along the south-facing front porch railing.

Some crops do double duty: roses are ornamental and also provide nutritious hips; okra has entrancing flowers along with food value; and herbs like lavender, thyme, and rosemary add to garden and kitchen all year. I hide greens like chard, baby bok choi, and savoy cabbage among the flowers. Wildflowers like Jerusalem artichoke and yucca attract birds and butterflies.

There’s a dizziness to this garden, a sensation of constant motion from the wind and the wildlife. I can reach out and touch it and feel right at home.