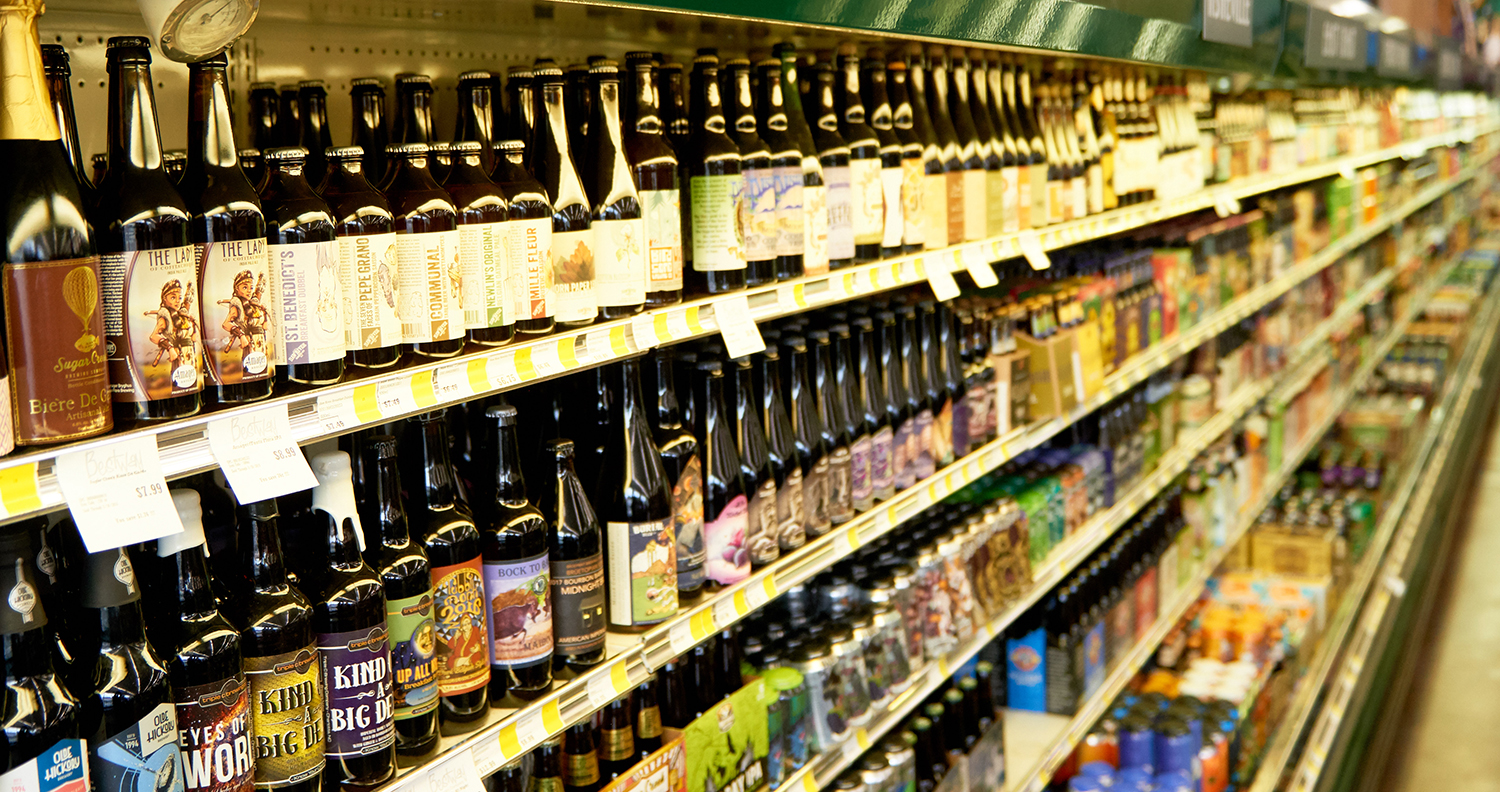 You could shop Greensboro’s Bestway Grocery for the fairly serious variety of Pop-Tarts or hot sauces or artisan cheeses it stocks. You could shop there because, like the excellent neighborhood grocery stores of your youth or mine, it carries just enough baking items to see you through nearly any mid-level coffee-cake-style Saturday-morning project you’d care to undertake. You could pop in for some laundry soap or the odd first aid need. You might wander the back of the store, browsing the meat case, admiring the country ham, the North Carolina grouper, the well-sourced beef and pork. An enthusiastic neighbor of mine says her kids love the “Willy-Wonka-size candy selection.” But let’s be honest: No one in this town or any other — pilgrims come from all over the state, and all over the country — shops here for those reasons first. People come to Bestway for the beer.

The Wall of Beer is famous among enthusiasts and hobbyists alike: Running along the far left-hand side of the store, the huge cooler is arranged largely geographically, with West Coast beers paradoxically in the far-right back corner. As you work your way toward the sunny front of the store, you move through the eastern United States and finally to North Carolina, which gets its own geographical distinctions: Asheville, Piedmont, etcetera. Between the cooler and the shelves of singles from all over — Japan, Denmark, Norway — there are maybe 2,000 different beers here, says Brian Garner, a manager who’s worked at Bestway for about four years.

“You look for things that are fun,” Garner tells me. He’s in charge of ordering beers. “Interesting stuff that nobody’s seen.” And one does get the feeling that it’s not just volume here: There’s a curated feel, like a good bookstore. “It’s also become a lot of whales that you’re searching for,” he says. Whales? I ask him, and I spell out the word to make sure I’ve heard right. He nods. “Whales. Moby-Dicks. I had one guy come in and all he knew was that the beer he wanted was Trappist, and he’d had it maybe a decade ago. We looked for that beer for more than a year.”

Did they find it?

I ask Garner if most customers are Ahabs, searching for the impossible, or if most folks are more like me: just smart enough to know the difference between good and really good. He says it’s a little of both, but that you can’t make a bad choice here. “My work is people’s pastime,” he says. “Nobody’s forced to come in here and buy nice beer, you know? We make people happy.”

I ask him for a recommendation, and he points me to a saison from Zebulon Ales out of Weaverville. “That one’s pretty delicious,” he says. “Hard not to like that.” It’s in a wine bottle, and though I’m a pretty happy imbiber, I’ve never purchased such a thing before. Still, one does not go to the mountaintop only to discard the advice received there. I wander the aisles once more and find some chicken, a few Roma tomatoes, some black olives, a handful of potatoes. At home, we roast all of that on a sheet pan, and pop the cork from the beer like it’s champagne. We pour it into the best glasses we have, and it’s even better than Garner said. I love a meal like this: a sort of found thing, precisely what you get when you walk into a great market with no plan. This is what Bestway can give you: a beer, a meal, an evening, an idea.