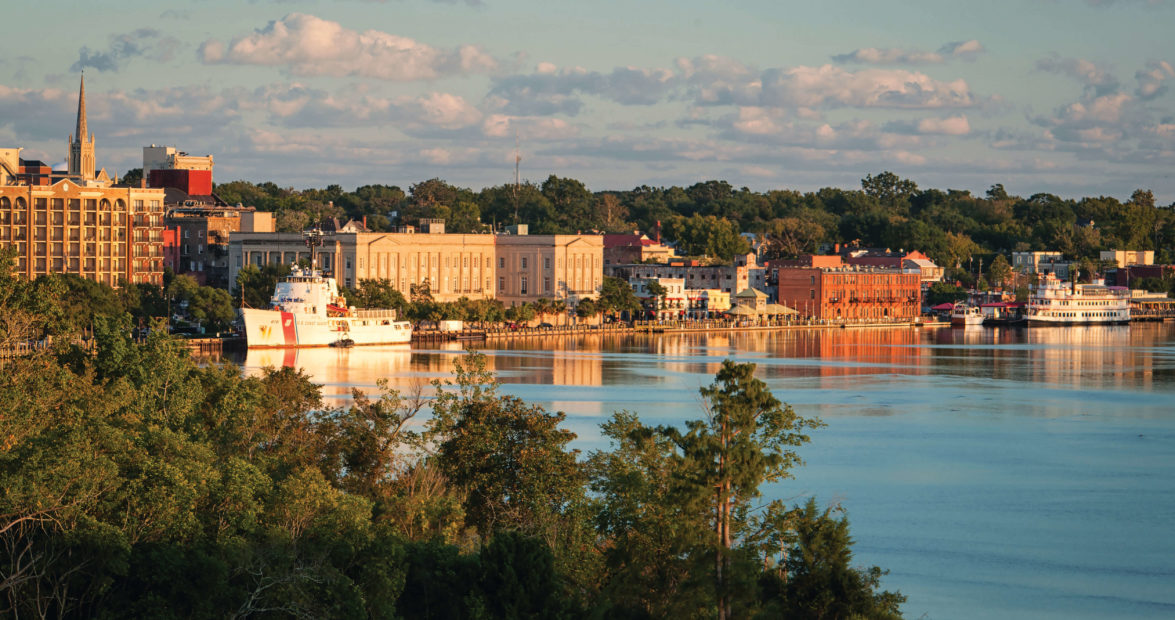 It’s very clear, if you don’t have a reason to be “on the lot” at EUE / Screen Gems Studios, you’re not getting on the lot. Security guards in white shirts man the gatehouse, which is the only way in or out of the property.

About eight years ago, however, studio officials decided to open those gates to visitors each weekend.

“It’s goodwill to the community,” says Bill Vassar. “The community is proud of the fact there’s a studio here. … It’s locals who bring visitors from out of town to show them the studio.”

Vassar is the executive vice president of EUE/Screen Gems’ Wilmington campus. The company is based in New York, where studios host shows including “Rachel Ray.” But you have to go to Wilmington to walk in the same footsteps as stars such as Julia Roberts, Dennis Hopper, Dakota
Fanning, and John Travolta.

On a tour, about 40 people gather with tickets in hand to see what gives Wilmington the nickname “Hollywood East.” Some even hope to glimpse a favorite TV star.

More than 500 feature films, television shows, commercials, and music videos have filmed in Wilmington since 1984. Today, only the TV drama “One Tree Hill” is in production here, but more business is expected since the state General Assembly approved a film incentives bill this past fall. At any one time, as many as five productions might be shooting on the lot.

Six guides take turns leading the group from the front of the property toward the massive nondescript metal warehouses called sound stages. All the guides are in their 20s. Vassar says they’re usually film or theater students from the University of North Carolina at Wilmington. As they rattle off the names of movies created here — Divine Secrets of the Ya-Ya Sisterhood, Blue Velvet, Secret Life of Bees, Domestic Disturbance, Black Knight — it’s easy to imagine you’re being led by the next great cinematographer or lead actress.

All 40 pairs of feet come to a halt as one guide stops in front of a small door leading into Sound Stage 7. She tells the group they are about to see a set for “One Tree Hill.” A teenage girl wearing a “One Tree Hill” T-shirt beams.

The door swings open to reveal what looks like a construction site, unfinished two-by-fours, and electrical wiring. But just beyond that appears to be the interior of a home. There’s a living room with couches, books on the shelves, a kitchen with food in the cupboard, and even what looks like broccoli remnants in the sink.

The obvious difference is that this is all inside another huge building. And as massive as this soundstage seems, it’s not nearly as cavernous as the newly built Stage 10, a 37,500-square-foot building, the largest soundstage in North America east of Los Angeles.

But even this “smaller” building, at 20,000 square feet, houses plenty of movie magic.

The guide explains that for water to come out of the sink, a garden hose is run to the faucet. After each “take,” a special effects worker has to empty a bucket from a cabinet below the sink.

Visitors are free to peruse the “house” but are warned not to touch anything. Photos are not allowed throughout the tour because visitors are seeing sets that no one else has seen. Whole plots could be spoiled.

A toddler pulls at his mom’s hand and says he wants to go upstairs.

“No, baby. It doesn’t go anywhere. It just looks like it does. See?” she says, and points up to steps that go nowhere. The set for the second floor is at a separate part of the soundstage.

At Stage 5, the tour group learns that fans can keep film crews on their toes. The guide opens a refrigerator and pulls out a bottle of ketchup that expired in 2004 and a jar of peanut butter that expired in 2005. These props will never be eaten. But the guide says crew members are careful about rearranging the fridge every so often.

“When ‘Dawson’s Creek’ filmed here, someone actually called and asked why Dawson’s fridge never changed in six years,” she says.

It does make you wonder how many other ways your favorite movies have fooled you.

A screening room is the last stop. Visitors are treated to a short film outlining some productions that called EUE/Screen Gems home. Iconic images of Firestarter, Maximum Overdrive, Teenage Mutant Ninja Turtles, Muppets from Space, and countless others flash across the screen.

And as the group is ushered back out of the gate under the watchful eyes of the security guards, an older man turns to his companion and says, “Well, I had no idea all that was filmed here.”