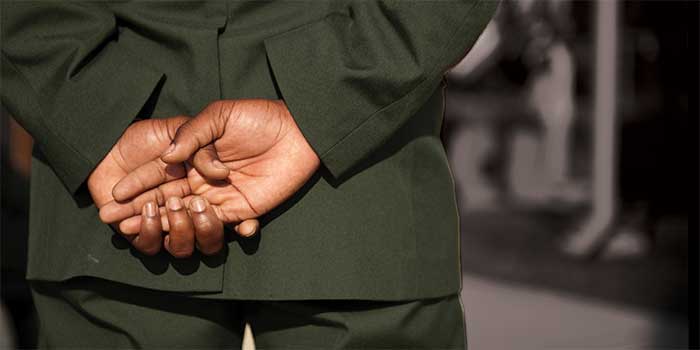 A few years ago, the son — I’ll call him Gary — of a good friend of mine knocked on my office door in the English department at Appalachian State University. Gary had just returned from Iraq, where he had been a medic, and had enrolled in the university. He was struggling mightily with all he had experienced while deployed — in truth, crumbling under it — yet he was bent on writing a memoir about war.

Wrought up, brooding, shy, thoroughly a gentleman, Gary was in his 20s, though I’ve come to realize the trauma of combat ages even very young people — in their eyes, especially. Perhaps because their eyes, like cameras, record and document unimaginable atrocities, then cache them in their memory banks like horror films that surface, unbidden, to play across the backdrop of their dreams. Gary’s eyes were dark as caves. He had come to my office to see if I’d direct an independent study with him, the ultimate goal of which was his memoir. I instantly agreed, though I knew that what I was about to lurch into would be wrenching.

That night, contemplating how I’d proceed with Gary, it struck me that if I were to shepherd him through his war memoir, then why not generalize that opportunity to other veterans across campus? At the time, the United States was still heavily engaged in Iraq, as well as Afghanistan, and I had begun to notice, through their writing, students in my classes who had been deployed to those fronts. A few women, but mostly men. Those combat veterans — “ardent for some desperate glory,” as Wilfred Owen puts it in his withering World War I poem “Dulce et Decorum Est” — were boys and girls. And those children ­— yes, teachers even at the college level still think affectionately of their students as children — appeared on the surface no different than the others boxed into their little school desks.

I teach creative writing, a discipline that inevitably relies on autobiography through the murky lens of memory salted heavily with imagination. By necessity, students get around to writing and talking, often in explosively candid, breathtaking ways, about themselves, in ways other academic disciplines simply don’t afford them.

The personal, though potentially volatile, remains sacred in the creative writing classroom. The poet Richard Hugo — a World War II bombardier who flew 35 combat missions — states in his book The Triggering Town: “A creative writing class may be one of the last places you can go where your life still matters.” As opposed to a battlefield where, moment to moment, one’s life is fragile to the point of ephemeral, “loosed from its dream of life,” to quote another poet, Randall Jarrell, who served in the Army Air Corps during World War II, and his masterpiece, “The Death of the Ball Turret Gunner.”

Over time, writers from Homer to Shakespeare to Seamus Heaney have worked out on paper their central store of preoccupations. One thing seems certain: A young man (or woman), recently returned from war and enrolled in a creative writing class, when casting about for something to write about, will inevitably zero in on combat experience — recent, dramatic, terrifying, trussed in his psyche by razored perimeter wire, and, most important, a narrative he can render with unforgettable eyewitness authenticity.

Thus, I determined I’d offer a creative writing class not just to Gary, but also to other returning veterans attending ASU. However, my good intentions stalled: Gary never returned for help with his memoir nor did the class come to fruition.

In late spring of 2012, I, along with a number of other poets across North Carolina, was nominated to be the state’s seventh poet laureate. The North Carolina Arts Council requested that nominees declare a signature project — some concentrated attention to a particular cause for the entirety of our tenures — apart from the usual service to public schools and libraries, colleges, civic clubs, hospitals, prisons, etc. My conversation with Gary had remained close to the surface of my consciousness. Therefore, I pledged, were I appointed, “to launch a statewide project with military veterans — those returning from combat and others — and involve their families whenever possible, to tell their stories through poetry.”

I ended up being appointed poet laureate — a profound honor impossible to bargain for — and was faced with making good on my promise.

I knew absolutely nothing about combat, and I knew about war and the military only what I had gleaned from books and movies, though my father and other relatives were veterans. I had taught novels and poetry about war — I consider Tim O’Brien’s The Things They Carried one of the great books of the 20th century as well as a canny primer on writing. And I am obsessed with the Vietnam War, which I narrowly escaped. But, in essence, I was an empty vessel.

So, upon my appointment, I wrote to Ron Capps, the founder and director of the Veterans Writing Project in Washington, D.C. Capps, now a solid friend, served 25 years in the Army and Army Reserve; is a combat veteran who has been to five wars; and possesses a Master of Arts degree in writing from Johns Hopkins University. I shared with him my proposed project and then confided:

I have never taught vets, though I know plenty and have had in my classes over the years, plenty of them. I’ve read and taught much of the literature. I was in the last draft lottery during the Vietnam War. I was one of those kids grasping at straws to stay out of war. I realize and understand perfectly that the most effective teachers in this area are vets, often combat vets. I’m neither of these.

Capps replied with the following caution:

Your target audience will be found in every imaginable venue in the state. You’ll find them and reach them in schools, hospitals, and Veterans Services Organizations … old folks homes, on and around military bases of course. Everywhere. N.C. has, as I’m sure you’re aware, one of the highest veteran populations in the nation. You’ll need a vast communications network to reach them all. And even then, don’t be surprised at how hard it is to get people to come in the door to your events.

Since those first few emails to Capps, a year has blown by. I’m a little smarter about veterans, but my apprenticeship is still in its infancy. I’ve taught at Walter Reed National Military Medical Center, The National Intrepid Center of Excellence, and the Veterans Writing Project summer workshops at George Washington University.

Far and away, however, the majority of my time spent with veterans has been in North Carolina and, like Capps predicted, they are everywhere. Not only in the state’s VA hospitals and North Carolina’s various offices of veterans affairs and departments of social services — in every North Carolina community, large and small — but also in our community colleges, universities, public libraries, shelters, and even prisons. Among them, all wars are represented, even a few World War II veterans, whom I’ve met at the VA hospitals in Salisbury and Durham.

Less than 1 percent of Americans during the first decade of this century have seen active military duty. Ninety-nine percent of us remain shielded from the enormity of war, blessedly ignorant of its devastating realities. I’ve now spent a year teaching writing to veterans — and, of course, what I really mean is being taught by veterans. I’m nothing more than a glorified listener — a role that I take very seriously.

I’m tempted to say that I’ve heard it all — though such a statement would be just another measure of my ignorance — yet I’ve seen nothing. None of the things Gary described that afternoon in my office — haunting, horrifying, yet ultimately unfathomable. I wasn’t there.

I’ve now sat across workshop tables from any number of veterans, peered deeply into the caverns of their eyes, and listened to their stories. I’ll never forget these stories, but it seems wrong, like theft, to recount them in detail here.

Share your story of service, or salute a veteran, at ourstate.com/salute-a-veteran.

What astonishes me most when I’m teaching a workshop among veterans is how good the writing is, period. In fact, there’s reason to believe that an entire wave of a wholly new genre of literature, borne of our 21st-century wars, is being minted by this hybrid generation of combat veterans.

And, yes, it is therapeutic: Empirical scholarship shows that writing about trauma is instrumental in overcoming trauma.

I often hear the injunction in veterans’ writing workshops: Either you control the memory or the memory controls you. Harnessing memory, creating cosmos — true art — out of its characteristic chaos, has always been the anxious aim of the autobiographical writer, regardless of pedigree and past — though the experience of combat stands alone, I’d wager, as the single most traumatic and disorienting ritual experience since the beginning of time.

I met a soldier in his 50s, older maybe. He couldn’t say enough about how writing had helped him get better. He read a poem about the army-issue boots he had on his feet that very evening in Bethesda — his friend’s blood was on them, still visible, though faded. A marble hush fell across the room. I “[felt] physically as if the top of my head [had been] taken off” — Emily Dickinson’s testimony on the power of poetry to evangelize. Deployed nine times, wounded inside and out, that soldier was the last person in the universe you would have pegged for a writer, much less a poet.

North Carolina Poet Laureate Joseph Bathanti, in conjunction with the North Carolina Arts Council and the Touring Theatre of North Carolina, is bringing veterans’ prose and poetry to the stage with readings by actors in a production titled “Deployed.”