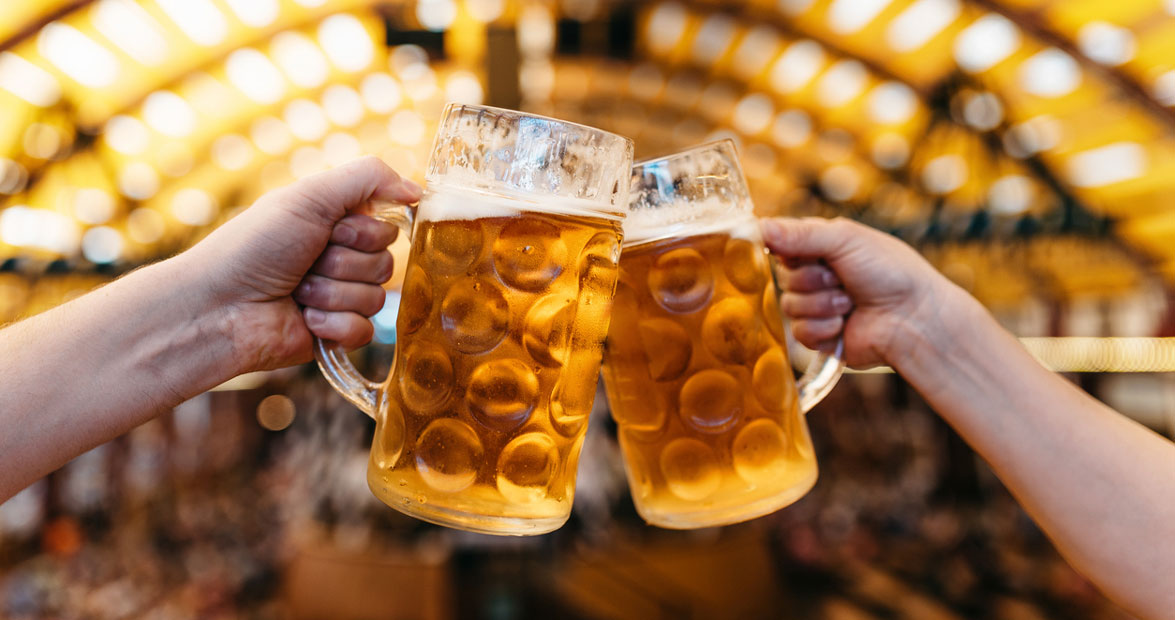 Celebrate Oktoberfest with unlimited beverage samples — served in commemorative stein tasting glasses — from a selection of regional and national breweries.

Don your most festive attire and head to Sugar Mountain Resort to partake in the fun of this Bavarian-themed event, now in its 28th year.

Plan ahead and purchase your ticket by November 2 to receive $5 off admission to this seventh annual event. There will be unlimited wine and beer samples, as well as German food available for purchase.

Head to Cabarrus Brewing Company to celebrate fall with a traditional German brass band, a food truck gathering, and steins of Bavarian-style beer.

With authentic German food and nearly 40 German beers on its menu, Waldhorn restaurant is the perfect place to celebrate Oktoberfest — complete with polka dancing.

More than 75 breweries and cideries have signed up to pour at this Queen City festival, now in its 19th year.

Food and drink samples are included in the admission price to this inaugural festival at Fearrington Village. A portion of the proceeds will go to charities CORA Food Pantry and No Kid Hungry. In addition to tasty German-inspired food created by local chefs, there will also be breweries on hand from both North Carolina and Munich, Germany.

Take to the streets of downtown for dancing, games, and shopping while sipping on Four Saints Brewing Company beers and eating Bavarian food.

Admission to this German-themed beer and food sampling includes a ticket for a self-guided tour of Körner’s Folly, redeemable on that Saturday or Sunday.

Find a petting zoo, climbing wall, harvest games, and more at the afternoon portion of this event. When evening falls, adults are welcome to stay for the German food, beer, and music.

Flex your muscles in the stein-hoisting contest or lend your voice to the yodeling portion of this festival. A wiener dog race, parade, and polka band will also provide entertainment.

Bring your whole family along for crafts, face painting, and a Halloween costume contest during Kinderfest from 4-6 p.m., then enjoy stein-related games, German music, and more until 9 p.m.

Be sure to order a round or two of beers while listening to The Back Porch Rockers at Check Six Brewing Company — the day’s proceeds will be donated to local first responders.

Take part in a traditional stein-holding contest for a good cause — proceeds will support the New Bern Breakfast Rotary Club’s Kicks for Kids fund-raising program.

Enjoy food, beer, live entertainment, and a craft fair at this fund-raising event for Meals on Wheels. Purchase a lunch ticket and you’ll also provide two home-delivered lunches for seniors.

Pre-order a commemorative stein and T-shirt online, or bring your own stein to fill with freshly tapped beer during this family-friendly festival.

Receive a free glass when you order a pint of Salty Turtle Beer Company’s Oktoberfest beer during this two-day event.

A softball tournament, a tapping-of-the-keg ceremony, a pageant, and children’s programming are all on the schedule for this weeklong celebration.

Celebrate Oktoberfest and oyster season at this unique event, which will combine an oyster roast with German food and seasonal brews.

Compete in the arm wrestling, stein-holding, and polka dancing competitions between ordering Bavarian bites and pints.