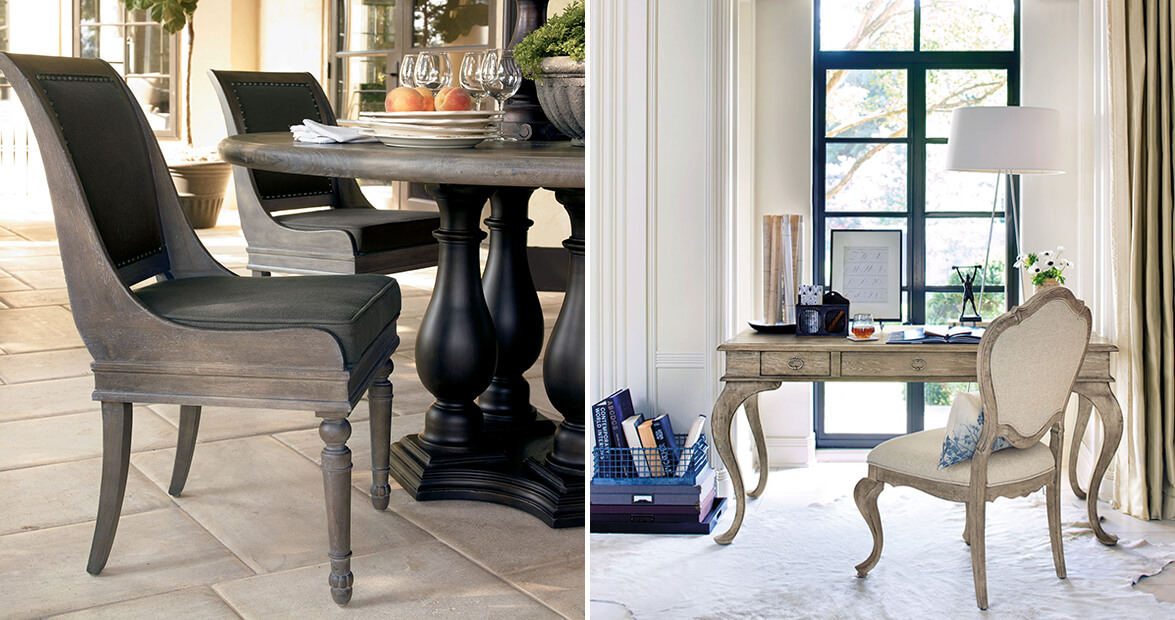 We had the wood — hickory, white oak, loblolly pine — and the skilled craftsmen to fashion it into functional art. Our North Carolina railways were more than ready to deliver. So it was only a matter of time before North Carolina became known as “The Furniture Capital of the World.” Today, the industry employs more than 35,000 people, and High Point Market, the largest furnishings industry trade show in the world, remains the center of it all. Even though the domestic furniture industry has lost some steam due to foreign competitors, generations of North Carolina family-run companies have kept their woodworking — and roots — in the state.

Bernhardt • Lenoir (1889)
Early tragedy set John Mathias Bernhardt on the path to furniture-making. Orphaned as a teenager, Bernhardt found work as a logger for a sawmill. He worked his way up the ranks to supervisor, where he pushed the lumber company to build the first railroad to Grandfather and Grandmother mountains, making it easier to bring in the timber harvest. In 1889, he started his own company to make tables and chests from native white oak. His company has survived for more than 125 years — even through a factory fire — without losing a connection to the original family. The third and fourth generations continue to lead the way.

Carolina Chair • Conover (1926)
Innovation has been the key to growing Carolina Chair. In 1926, shortly after the first railroad reached the Blue Ridge Mountains, H.D. Fry Sr. founded Hickory-Fry Furniture and began crafting upholstered sofas and loveseats. Decades later, the advent of the interstate highway system allowed the company to deliver its chairs faster and cheaper than ever before. And now, the digital age has taken this third-generation company in a new direction. In 2000, it became the first NC furniture manufacturer to sell customized, handcrafted sofas and chairs directly to customers.

Hickory Furniture Mart • Hickory (1960)
After recognizing an unmet need in Hickory’s furniture industry, J.P. Mull, his daughter Lynn Lail and her husband, Leroy, created a unique space to house the furniture of many local companies. They helped manufacturers and retailers connect with each other, and later, sell to customers directly out of their building. More than 50 years later, many of the businesses in Hickory Furniture Mart, like CR Laine and Southern Furniture, have been family-owned for generations. And HFM, too, has proven its longevity — it’s now a third-generation family business. Owned by Lynn and Leroy and run by their sons, the Lails continue a family — and state — tradition.

Century Furniture • Hickory (1947)
Best known for its line of upholstered and wooden furniture, Century focuses on design. With a vision based on craftsmanship and the use of locally sourced wood, Harley Ferguson Shuford Sr. started the company by manufacturing 18th-century-style mahogany dining sets. The tradition continues into a third generation under the leadership of Alex Shuford III, the president of its parent company, the Rock House Farm Family of Brands. Today, buyers can find dining tables, chairs, dressers, and more, choosing from 2,000 fabrics and more than 50 finishes.