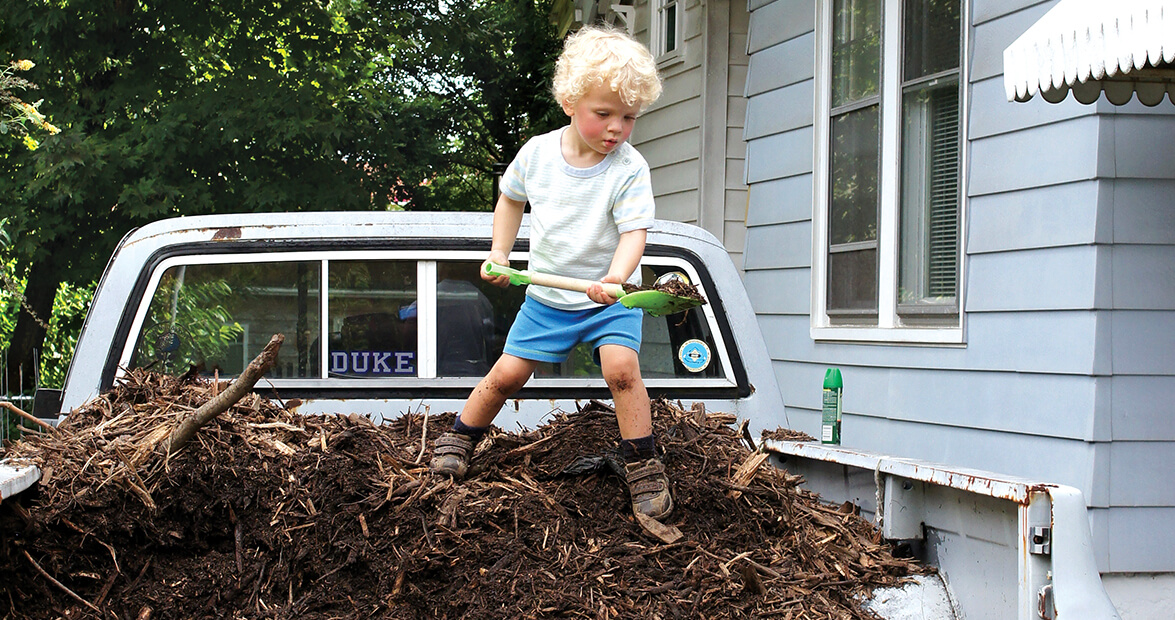 The truck in question was a 1981 Chevy C10 longbed, three on the tree. It was elephant gray. It had an amount of body rust. There were two bullet holes in the back — one in the tailgate, one in the back of the cab. The radio was a casualty of either that encounter or another. I pirated the radio from my other car, guessed at the wiring, mounted the new unit atop the cracking dash. It worked fine.

My landlord found the truck at a dealership near Black Mountain. Not much call for two-wheel drive in the mountains, he said. He got a good deal. He took it to Ohio to use as a farm truck, but soon enough, I bought it from him, brought it home to North Carolina. So what if mice had lived in the heater core, and every time I ran the air, the truck smelled strongly of … mice? I once drove the novelist Jill McCorkle to the Raleigh airport in that truck, and she said the smell made her feel like she was home.

I hauled compost for my tomato garden from High Point, cedar to keep the bugs down from a pallet shop up near Browns Summit. Windows for the writing shed from Winston-Salem. Siding from down near Asheboro. I vacationed in that thing pre-marriage and pre-kids: put a cooler in the back and the dog up front, and drove well past Sparta to cabins off ever-smaller gravel roads that, if you held your tongue right, rear-wheel drive could handle well enough.

I helped a buddy of mine pick up a riding mower from Ramseur when both our wives were pregnant with our first children. Let’s raise them to be kind, we both agreed. How do you do that? Neither of us knew.

I drove that truck to Charlotte, bought a crib, hauled it back home.

I sold the pickup to two kind, capable, foolhardy kids who called me “sir.” I hadn’t driven it for a long while. The battery was dead and I didn’t want to invest in a new one, but these guys were game enough to show up with the wrong battery, one with the wrong mounts, and they held the cables on with their bare hands and got the engine to turn over. No one died. “Did you think it would start?” one of them asked me. “Sure,” I said, which was almost entirely the truth.

My older son — The Toad, now age 6 — loved that truck. I have picture upon picture of him in it, standing on stacked two-by-fours, on mountains of hardwood mulch. When he was very little, he would yell along with the roar of the engine, hold his hands over his eyes as we rattled down the road, windows open, the wind blowing his hair around. His car seat was in the dead middle of the bench. “You’re really going to let him ride in that thing?” people asked me. Of course I was, and of course I did.

I spun it around, though, in a hard rain in McLeansville, hit a mailbox. “That’s why they make antilock brakes now,” said the trooper who responded to the scene. Nobody else was in the car with me. No Toad. But still. When his brother was born, two car seats seemed even more foolish than one. I parked it, put the keys in a drawer.

When I got home from selling the truck, The Toad was on the edge of tears. We went up to his room to have a talk about it, underneath his bed. His idea. I have a kind of gentle claustrophobia — I don’t do so well with, say, the stuck-in-the-chimney scenes in The Grinch — but I held on well enough to tell him that we could haul almost whatever he wanted in the minivan. He liked that, and promptly started making plans about some kind of hill cart he wants to build out of wood. I lay on his floor, on the edge of tears myself — grieving my youth, and some cowboy life I imagined I had slightly better access to in the pickup. The Toad had little time for that, though, and neither did his brother, joining us under there, cramming in, making things much worse and much better — and soon we were on to the next thing, and the next, my bare hands, as always these days, on some very live cables.