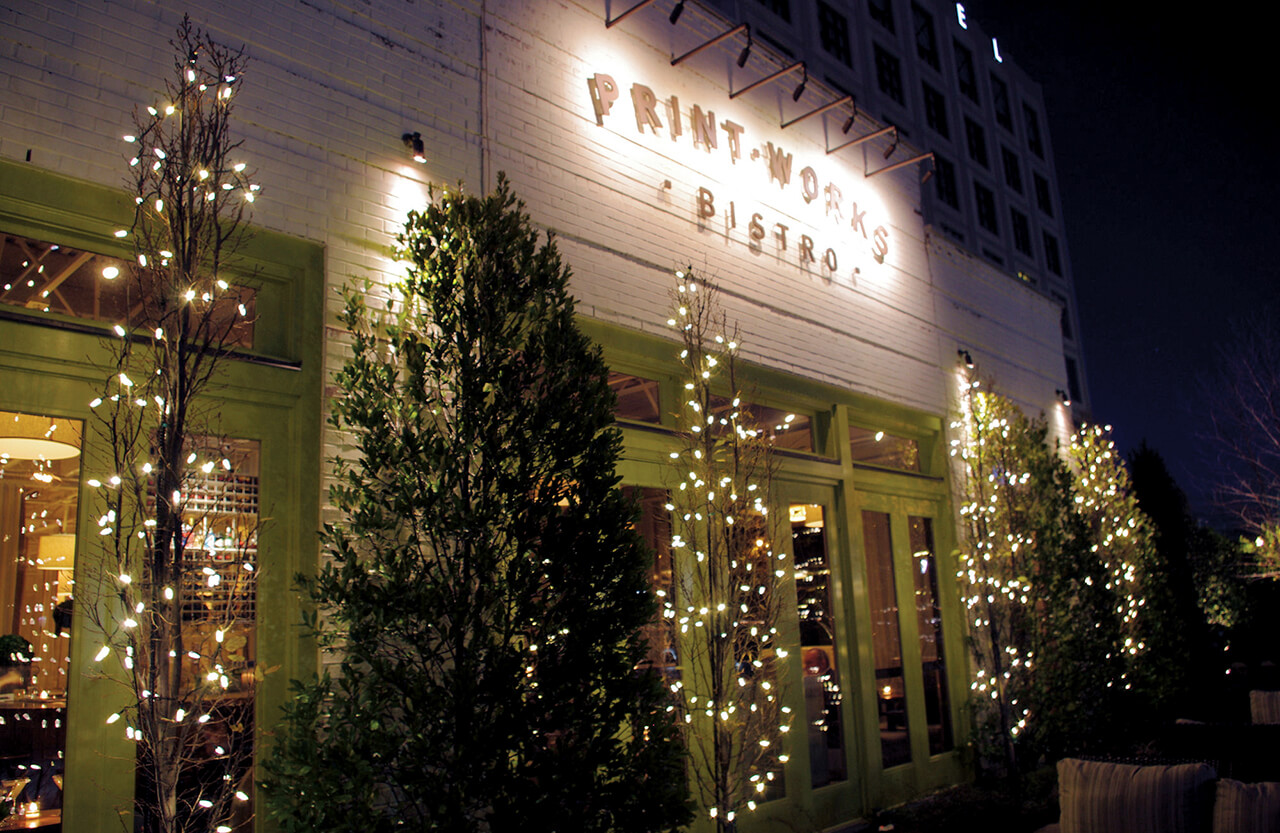 This list was originally published in December 2014. Stay up-to-date on our latest suggestions by clicking ‘Food’ in the above navigation.

When he’s not chasing a pesky rooster around his backyard, Oakleaf co-owner and chef Brendan Cox can be found in the kitchen dreaming up seasonal dishes like pumpkin agnolotti or pickled winter squash paired with duck terrine and charcuterie. But don’t expect a lot of bells and whistles on Oakleaf’s menu, which emphasizes “immediate” cuisine. The restaurant’s location in rural Chatham County puts it close to its farmers, and the quality of the ingredients is seen as the starting point, not the end point, for menu inspiration. “We don’t just buy a nice tomato and put it on the plate,” Cox says. “We consider that tomato and then put it on the plate.” 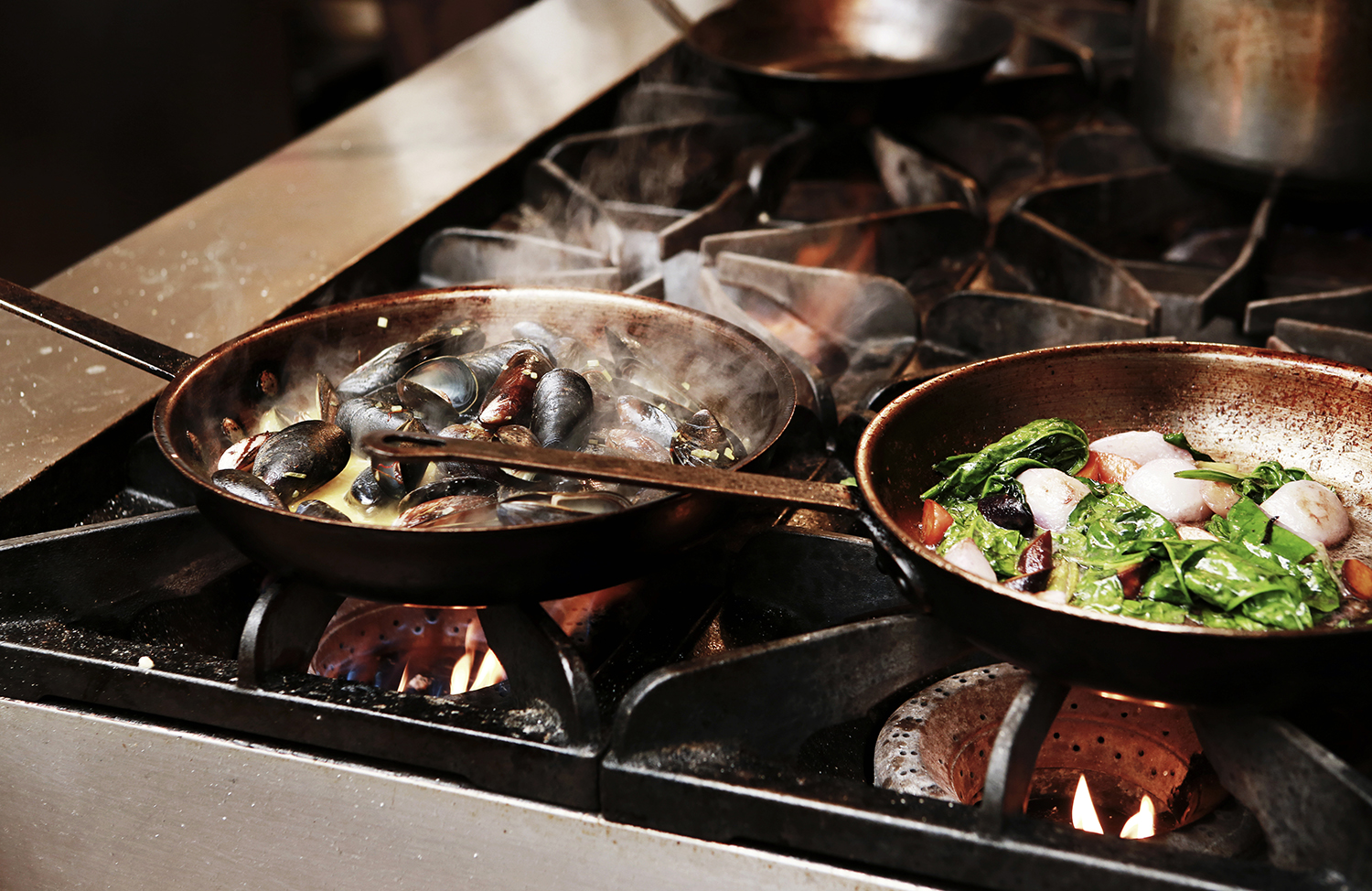 The Colington Café’s prime coastal location allows it to be not only farm-to-table, but also boat-to-table, sourcing crabs from nearby Lake Mattamuskeet and shrimp and scallops from the Atlantic Ocean. “If you know what’s in your food, you have confidence in it. If you want to ride over to that farm, you can,” says Ken Pearl, who co-owns the restaurant alongside his wife, Carlen. Though The Colington Café is primarily closed in the winter, it does open its doors for the week between Christmas and New Year’s. Seasonal produce like winter squash and brussels sprouts will be sprinkled throughout the menu, but come New Year’s Eve, expect lobster and seared rockfish to be the real show-stoppers.

Absolutely everything on Heirloom’s menu comes from within North Carolina. That is what’s key to owner and chef Clark Barlowe, whose family has lived in the state for seven generations. And to find the best ingredients, Barlowe isn’t afraid to get his hands a little dirty — he loves to spend his spare time foraging for mushrooms. But this winter, it’s the arugula Barlowe is most excited to experiment with in his dishes, given the leafy green’s versatility and depth of flavor. Goose will also make an appearance on the menu this season, and as usual, the entire animal will be used in an effort to be more environmentally sustainable. 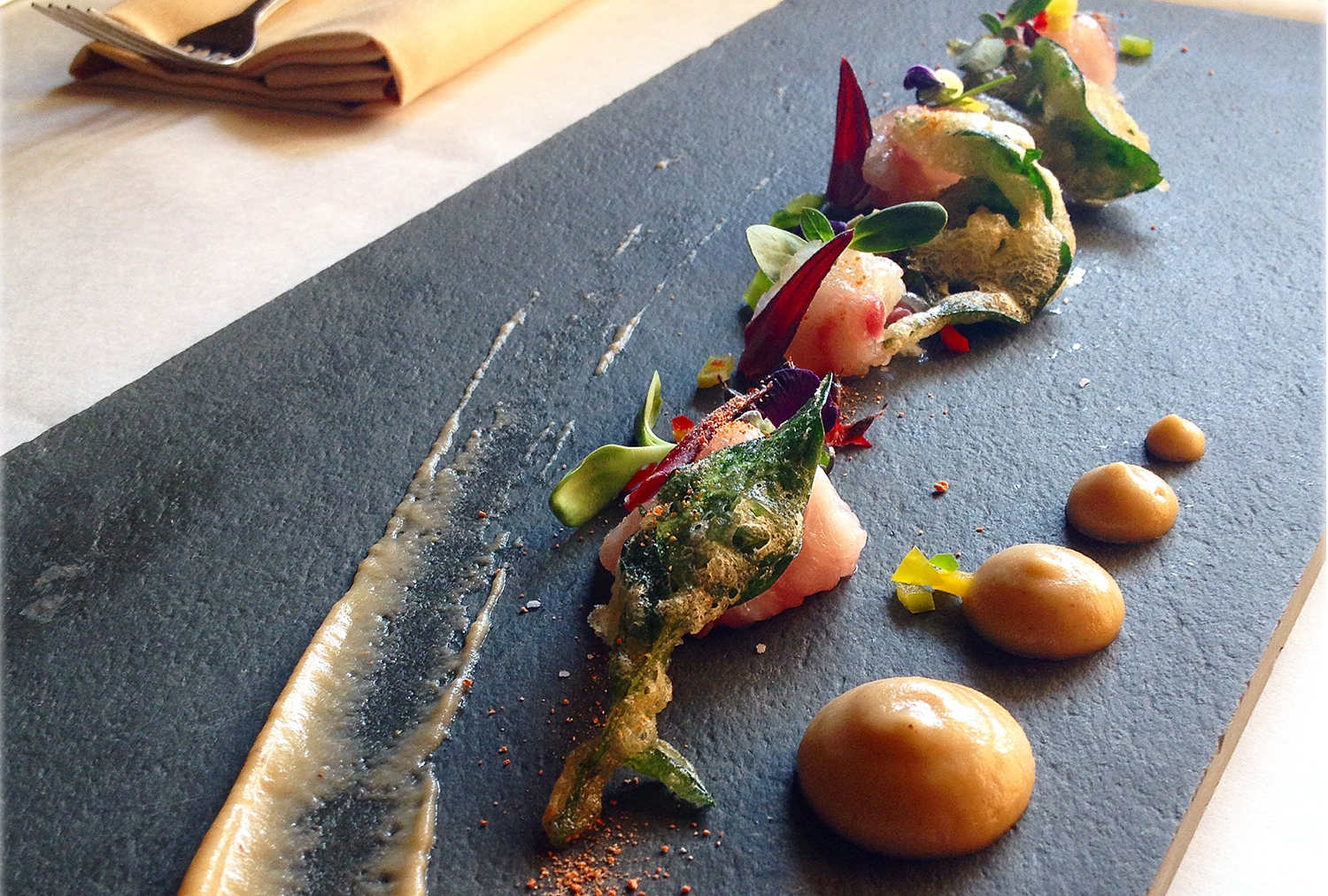 At Greensboro’s Print Works Bistro, the farm-to-table concept isn’t a matter of trend, but, instead, a matter of taste. To Executive Chef Leigh Hesling, local food just flat out tastes better, so he makes an effort to be intentional about the ingredients he uses. “We don’t want to do something just for the sake of doing it. If it doesn’t make sense, it doesn’t make sense,” he says. Every day, Print Works features a special “locavore” dish that is sourced locally “right down to the butter.” As for this winter, the restaurant will play it up with the hearty, earthy flavors of butternut squash, sweet potato, and kale.

To chef Vivian Howard and manager Ben Knight of Chef & the Farmer, having a farm-to-table restaurant means to first build a community. It’s only then that all the details will come naturally. After running a small soup delivery business out of their apartment in New York City, the husband-and-wife duo decided to open Chef & the Farmer in rural Kinston, where Howard’s roots are planted. That way, they could get closer to the farms from which they get their ingredients. Though produce isn’t as bountiful in the wintertime, Knight says Howard enjoys the creative challenge that comes with making innovative dishes out of greens, beets, and preserved summertime ingredients. 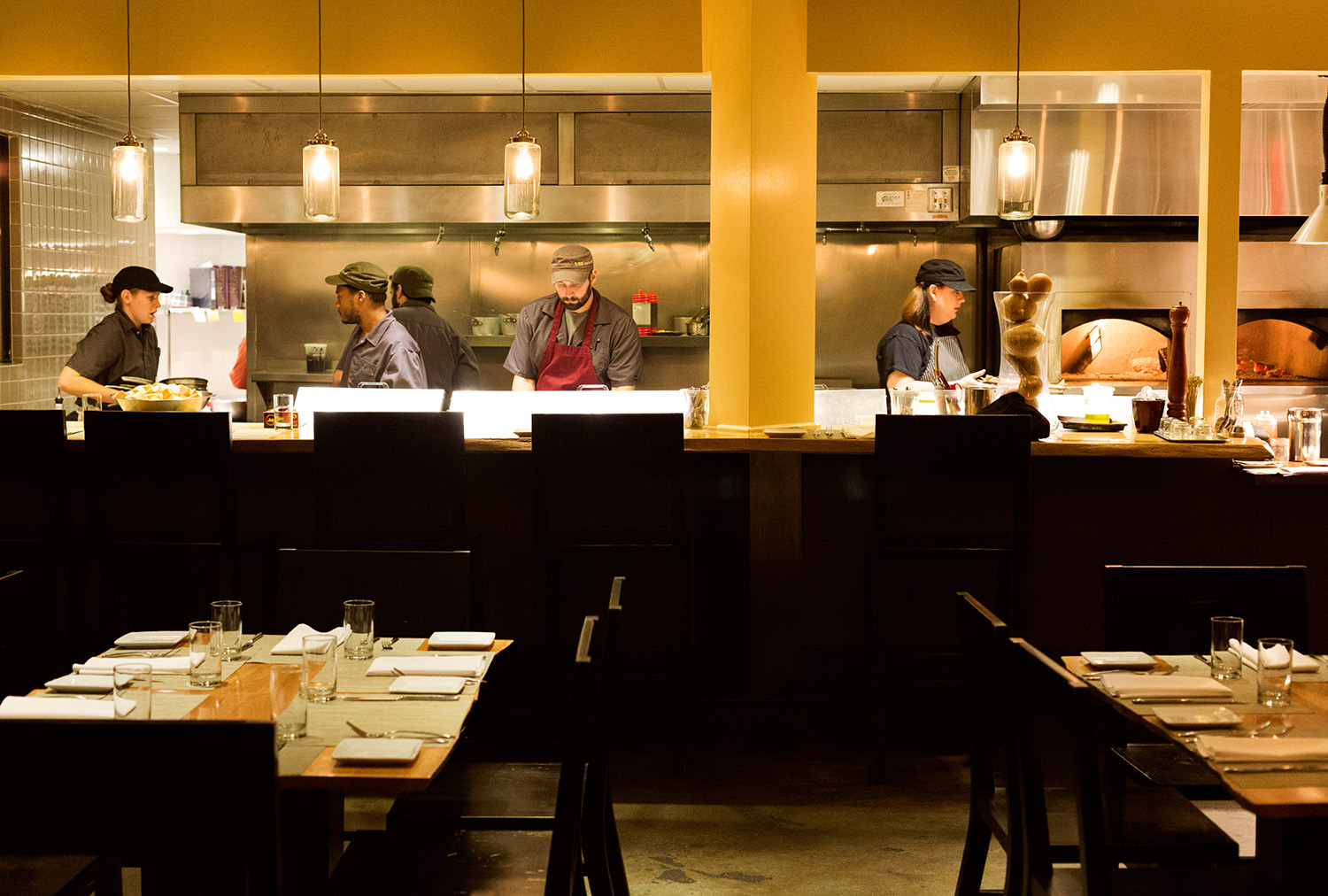 Photograph courtesy of Chef & the Farmer photograph by Works Bistro

Andrew Long, chef at The Mast Farm Inn’s Simplicity restaurant, loves to get his produce straight from the source. Not only do the majority of his fruits and vegetables come from the inn’s greenhouse and garden, but his wife also happens to be the one picking them as the inn’s gardener. “When you’re using the best product, you’re going to be giving your customers the best product in return,” Long says. In preparation for winter, Simplicity has been “pickling like crazy” and will feature fresh takes on root vegetables in the coming months. Simplicity is open Fridays and Saturdays, but the inn’s other restaurant, Over Yonder, is open six days a week and offers Appalachian-focused cuisine, too.