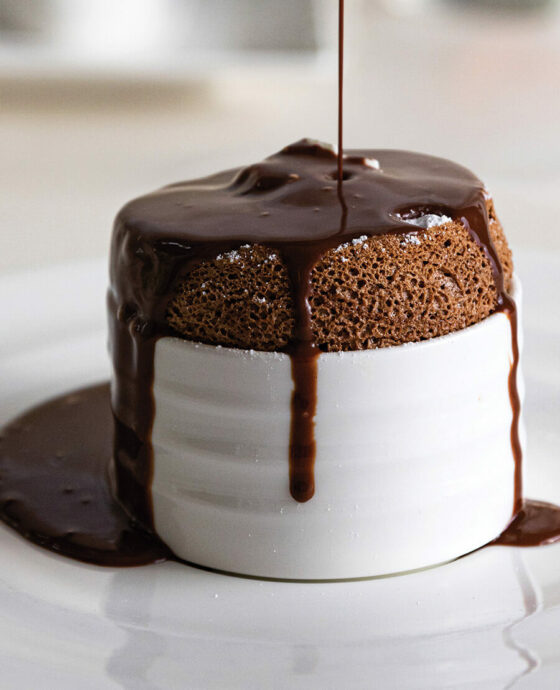 Forty years ago, Edna Lewis’s train rolled into the Raleigh station. Known as the “grand dame of Southern cooking,” she had already published two cookbooks and made a name for herself in New York City’s culinary scene. But on this day, she had come to North Carolina at the invitation of Jenny Fitch to be a guest chef at the new Fearrington House Restaurant in Pittsboro. Jenny and her husband, R.B., a developer from Chapel Hill, had recently purchased the property from the Fearrington family, who had been operating a dairy farm on the land since the 1930s. An avid cook, Jenny wanted to open a restaurant in the old farmhouse. Neither Jenny nor Edna knew it at the time, but the chef ’s quiet arrival would mark the beginning of a storied culinary legacy. 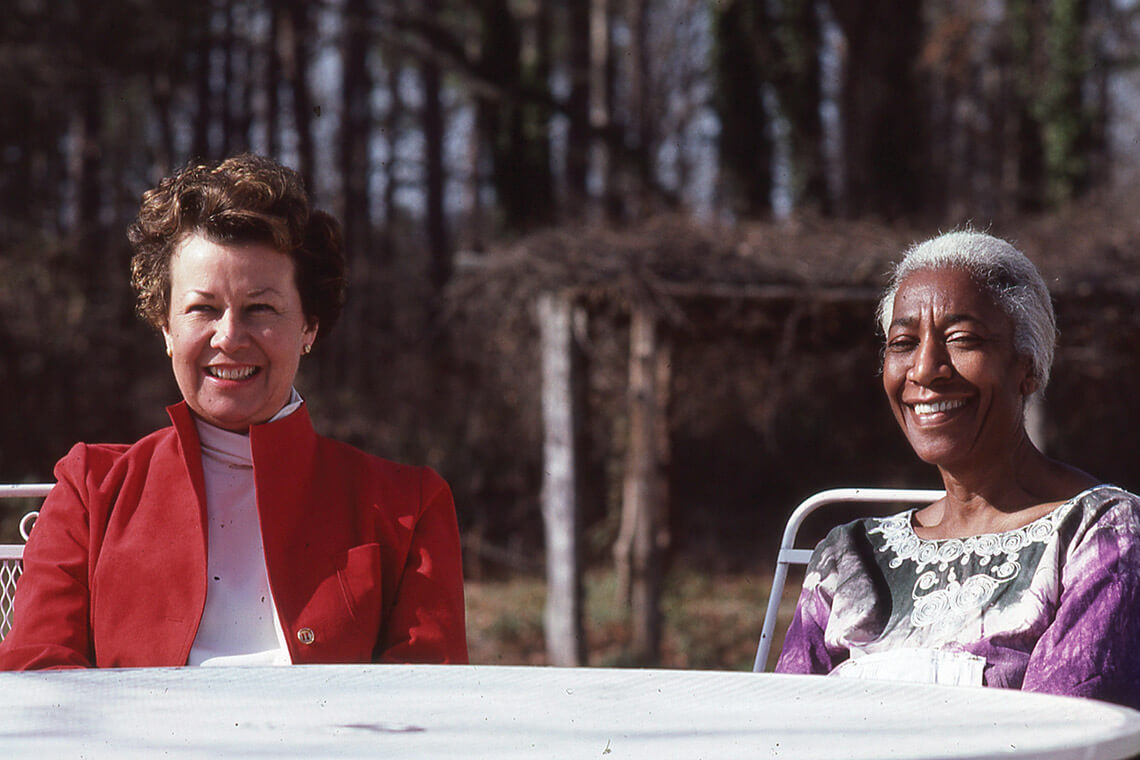 Jenny Fitch (left) had a love for French cuisine that paired well with the Southern recipes that Edna Lewis brought to Pittsboro as The Fearrington House Restaurant’s first chef. Photography courtesy of Fearrington Village

Jenny and Edna were alike in many ways. Edna grew up in Freetown, Virginia, a rural farming community, while Jenny was raised in small-town Siler City. Both women found a deep sense of community in the making and sharing of Southern food. Both watched their mothers cook for suppers and celebrations, for pleasure and for survival. Their upbringings cultivated a reverence for the ingredients that grew around them and for the food culture in which they were raised. The women were on a mission, independently — Edna in New York and Jenny in Pittsboro — to give Southern cooking the spotlight it deserved.

James Beard Award-winning food writer Kim Severson has said of Edna, “She articulated, in a quiet, lyrical, and powerful way, that southern cooking could be as simple as a perfect peach pie but also as precise and elegant in its own execution as any dish in the haute French culinary canon.” Edna carried this philosophy with her into the Pittsboro kitchen. 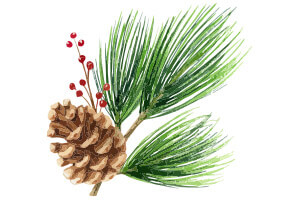 Before inviting Edna to Fearrington, Jenny followed her passion for cooking and travel while raising three children, Greg, Kelley, and Keebe, in Chapel Hill. “She got wrapped up in the whole Julia Child thing in the ’70s,” Keebe remembers. “She had two cooking groups. They would get together and they would cook like crazy.” The groups’ members included a who’s who of local chefs, like Bill and Moreton Neal. The talent in the room, and the delicious creations, fed Jenny’s love for great food. Soon, she and R.B. were taking regular trips to France.

In search of the best meals in the world, Jenny studied the greatest names in hospitality. She took notes on the world-renowned hotels and restaurants that the couple visited and began to imagine what this level of elegance might look like in the American South. On a trip to France with chef friends Ben and Karen Barker to eat at Alain Chapel — whose namesake chef was considered to be one of the originators of nouvelle cuisine — Jenny noticed that Chapel had his own on-site cutting garden for herbs, lettuces, and vegetables; when she returned to Fearrington, she promptly set up a greenhouse and garden. 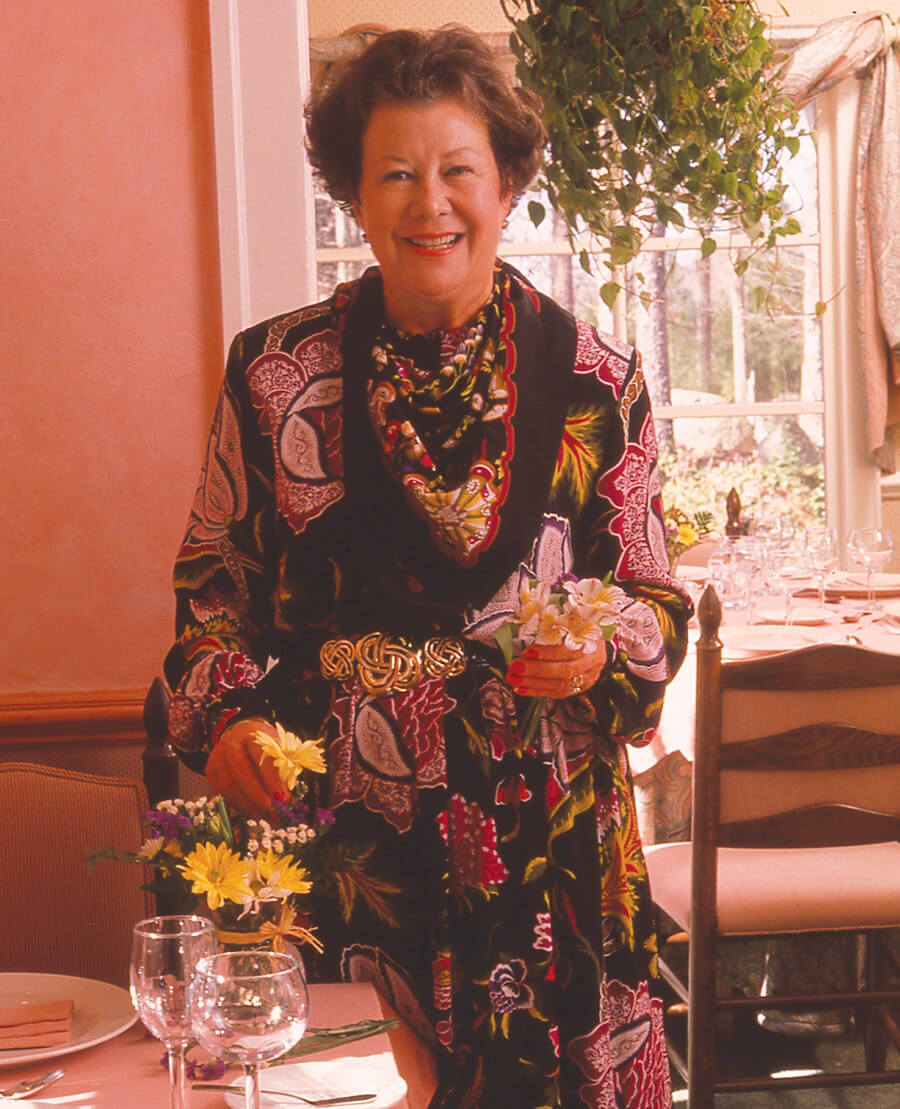 Jenny Fitch had a love for flower arranging and was known to travel with a bucket and clippers. Photography courtesy of Fearrington Village

The group also was struck by the impressive floral arrangements that were a part of the Alain Chapel dining experience. “[Those] definitely made an impact on Jenny,” Ben says. After that, Jenny was known to travel with a bucket of water and clippers in case she spotted flowers or weeds that she wanted to bring home for an arrangement.

The travelers also made note of the freshness of the ingredients. At the time, it was common for chefs to purchase produce at farmers markets every morning. Chapel instead had relationships with specialized growers in the area, a practice that Jenny and the Barkers, soon-to-be resident chefs at Fearrington, would employ in the kitchen in the mid-’80s, and one that remains an important part of the Fearrington House experience today.

Although she was only at Fearrington for a year, Edna’s legacy is on display at the end of each meal. The Valrhona Cœur de Guanaja Soufflé that she created with Jenny is the only dish that never leaves the menu. The soufflé, which was featured on a Gourmet magazine cover in the ’80s, found a home in Jenny’s vision. A classic dessert made with rich French dark chocolate, it exudes elegance and sophistication without pretension. 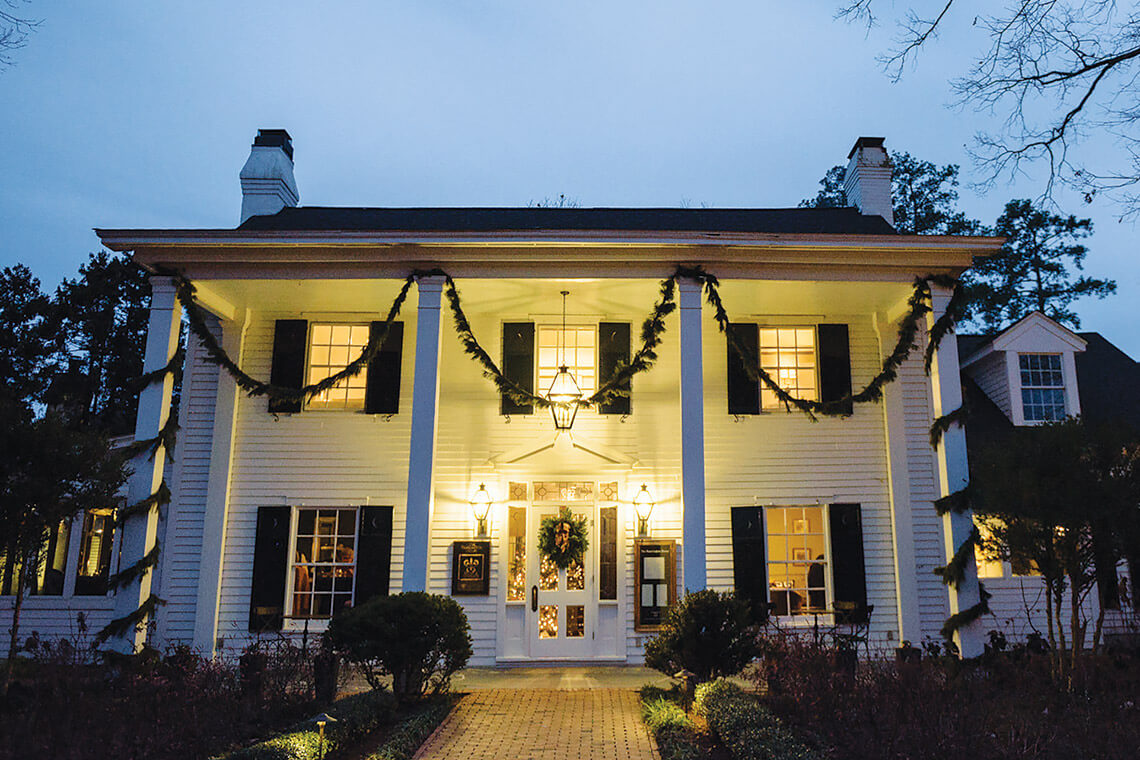 During the holidays, Fearrington House Restaurant guests are greeted with pine garland and a wreath on the door — as classic and elegant as the inn itself. Photography courtesy of KRYSTAL KAST/FEARRINGTON VILLAGE 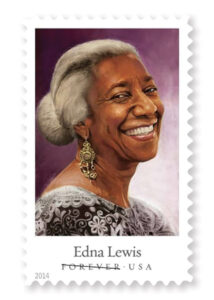 After Edna’s memorable stint at Fearrington, Karen and Ben Barker took over. The couple came from Chapel Hill’s La Résidence, which was founded by Fitch cooking club regulars Bill and Moreton Neal. Fearrington House was still establishing itself as a fine-dining destination, and Ben and Karen helped further elevate its status. “R.B. and Jenny entrusted us with developing the cuisine of the New South,” Ben says. R.B. defined this as a combination of classic and cutting-edge techniques using local ingredients. New additions to the menu included pan-fried North Carolina rainbow trout with pecan brown butter, black pepper country ham, and pan-roasted quail with black-eyed peas and fried cornmeal mush. Karen added a refined sweetness to the after-dinner experience, creating a lemon chess tart and lacquered shortcakes with strawberries and raspberries.

After the Barkers went on to open their award-winning Magnolia Grill in Durham with Fearrington’s then-chef Walter Royal, they were followed by a string of other culinary talents. There was Cory Mattson, who was filmed for Discovery Channel’s Great Chefs of the South series during his tenure at Fearrington. Then came Warren Stephens, who occasionally could be spotted in a cowboy hat and leopard-print chef pants as he cooked. He was followed by English chefs Graham Fox and Colin Bedford, the latter of whom implemented the restaurant’s first four-course menu. Earlier this year, Bedford’s sous chef, Paul Gagne, took over the coveted role of executive chef and is beginning to make his mark on the Fearrington menu with signature creations like a squash empanada with local wild mushrooms and a roasted duck breast with Carolina Gold rice.

Fearrington’s story isn’t without hardship. During the process of decorating the inn’s original 15 rooms, Jenny discovered that she had cancer. She told R.B. that she wanted to be remembered with a garden, and, in true Jenny fashion, it would be filled with blooms that she’d root herself. She died in 1995, but not before she completed Jenny’s Garden, visible from the inn’s sunroom. Jenny and Fearrington’s architect, Jon Condoret, designed the white trellis that frames the walkways and flower beds. “She wanted people to linger here,” Kelley says. “And the garden does that.”

From the gardens to the food and beyond, Jenny’s legacy can be found everywhere at Fearrington. Her vision and passion are in the design of each inn suite and the dining room; in the local ingredients on nearly every plate that leaves the kitchen; in the single lilac orchid flower from the garden on each table. “It was how she showed people that she cared, by taking care of them, giving them good food, giving them some wine, and making things pretty for them,” Keebe says. “That’s a lost art.”

Whether creating a Christmas dinner or a mid-summer ice-cream party, Jenny Fitch found endless opportunities to celebrate each season in the South. The creative force behind Fearrington House paired curated menus of Fearrington dishes with flower arrangements in her 1987 book, The Fearrington House Cookbook, to honor North Carolina’s people and surroundings. Despite its title, this classic Southern cookbook goes well beyond what’s on the plate. 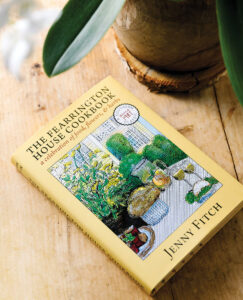 The Fearrington House Cookbook has been a kitchen staple and can’t-go-wrong Christmas gift for 35 years. photograph by Anna Routh Barzin

Jenny firmly believed that “the first bite you take is with your eye,” and she shared her planting and flower-arranging expertise with readers to help them replicate the fine-dining experience found at The Fearrington House Restaurant.

Popular dishes from early menus accompany detailed sketches of Jenny’s favorite flowers and ingredients. Fried green tomatoes are part of the garden harvest dinner menu, paired with a milkweed and grass arrangement. Her Christmas dinner is a three-course celebration that begins with a bubbly cranberry raspberry kir, includes standing rib roast with Beaujolais sauce, and finishes with fresh coconut cake with a rum-and-orange filling — all accompanied by an herb swag arrangement featuring more than a dozen types of herbs and flowers.

And, fittingly, the cookbook closes with a recipe from the chef who was there when the restaurant started: an adaptation of Edna Lewis’s legendary chocolate soufflé with chocolate sauce and whipped cream.