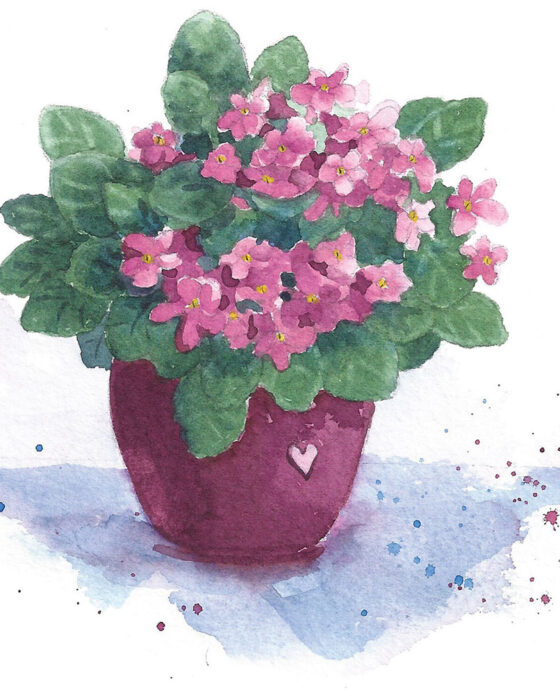 Fourteen children were in my first-grade class, but only five different messages came in the box of assorted valentines my mom bought for me to give to my classmates, so some messages had to repeat — you have my heart; be mine; somebody loves you — and I had to really think about who got which message before I printed their name on the “to” line.

Now take your time with it, my mom told me. Think about what it says.

She and my dad never gave each other gifts on Valentine’s Day — no roses or jewelry — but they always exchanged cards, and, to them, the message mattered.

I’d pretend not to notice the private moment between my mom and dad at the kitchen table on Valentine’s Day, when they’d sit beside each other with their coffee and open their cards and lean into each other, his hand on her knee.

In 1995, my dad had open-heart surgery, a 10-inch-long incision down the middle of his chest. It took a long time for him to recuperate. While he was out of work, my mother doubled her hours, working 12-hour shifts, and then she’d come home and take care of him. When my dad started to heal, he took on the household chores, cooking meals, going to the grocery store.

That Valentine’s Day, along with his card, my dad gave my mother a gift for the first time, after so many years: an African violet with velvety leaves, overflowing with soft pink blooms. It was in a three-inch, green plastic pot.

I can just see him, my mom says now, laughing at the thought of my dad walking into Food Lion and spotting the display of plants and putting one in the buggy, breaking their long-standing rule. It had been a difficult year; Valentine’s Day called for something that he believed reflected not just their year, but also their life, something hardy and adaptable, a reminder that the things you care for always endure.

That violet now sits near the east-facing window in Mom’s townhouse; she’s repotted it four times. She keeps the soil moist and prunes away the older leaves. And maybe this sounds odd, but she talks to it, too, little messages that matter, and I swear, that violet, after 22 years, has two dozen blooms on it, so whatever it is she’s saying — you have my heart; be mine; somebody loves you — sure must be working.