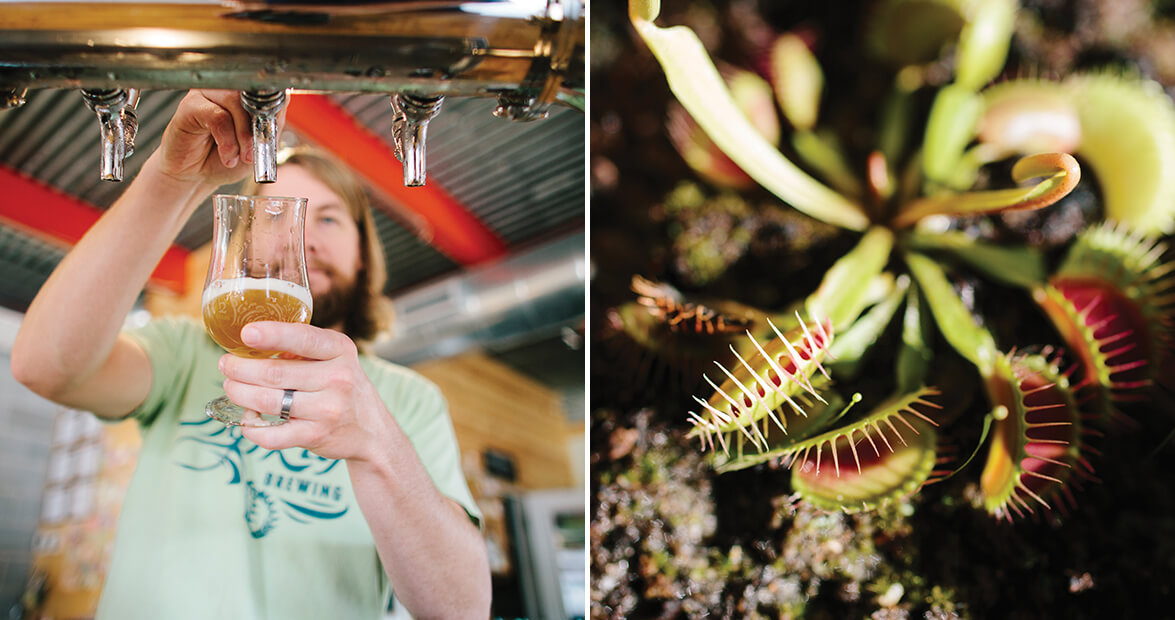 A murmur runs through the early evening crowd like wind through the boughs of a longleaf pine, quietly cutting through the noise of conversation and clinking glasses that fills Flytrap Brewing. Someone has spotted the sea-blue Catch food truck pulling into the parking lot, marking the true start of the evening. The promise of food — a crab cake to accompany the tart Rehder’s Red, fish tacos to go with the zesty saison — is enough to still the bar for just a moment.

It’s like this most nights at Flytrap, one of Wilmington’s dozen breweries. Since opening in 2014, the bar here has developed its own ecosystem. Artists and musicians, brewers and chefs, and the serious beer hounds of the lower Cape Fear all come together to be part of it.

The brewery takes its name from one of the mysteries of the Cape Fear: the Venus flytrap. This carnivorous plant thrives in the humidity and nutrient-poor soil of the region’s piney woods. Its bottle-green leaves are striking against brown drifts of windblown pine needles; closed, they resemble a bottle cap folded double and crimped shut. 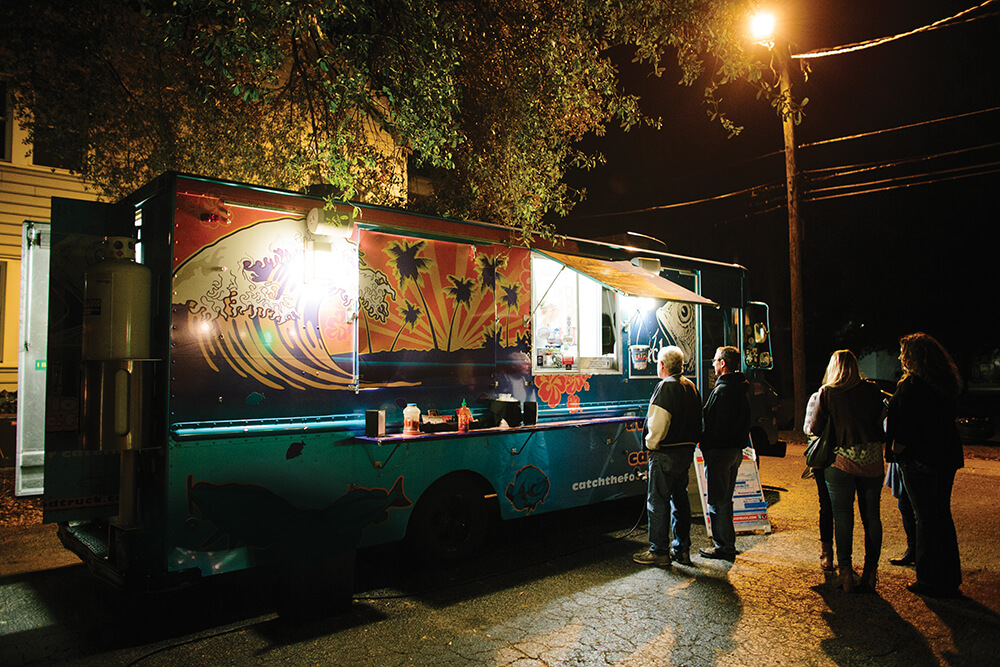 The plant is a fitting namesake. Mike Barlas, founder and head brewer, wanted to show that his brewery has roots in the region, that it’s endemic to Wilmington.

“The flytrap built an instant connection for us,” he says. “It’s very much a part of the region — the Venus flytrap only grows wild within a 60- or 70-mile radius of Wilmington — and the people here know that.”

Everything about Flytrap celebrates Wilmington. The taproom is a comfortable mix of old and new, with local pinewood on the walls and industrial-chic roof supports painted a bright hue. Barlas invites artists to use his walls as a gallery, hanging their works for two months at a time. Three nights a week, musicians take over a corner of the taproom.

Of Flytrap’s dozen taps, at least eight are dedicated to house-brewed beers, and four to brews that Barlas and his crew find interesting or inspiring from breweries in Wilmington, from across North Carolina, and occasionally beyond.

“Other breweries in Wilmington are making some solid beers, and we’re all brewing in diverse styles and with diverse palates,” Barlas says. “I’m excited to see what else is going on here because when one brewery gets stronger, we all have to step up and get better.”

Everyone has a role to play in this vital local ecosystem.