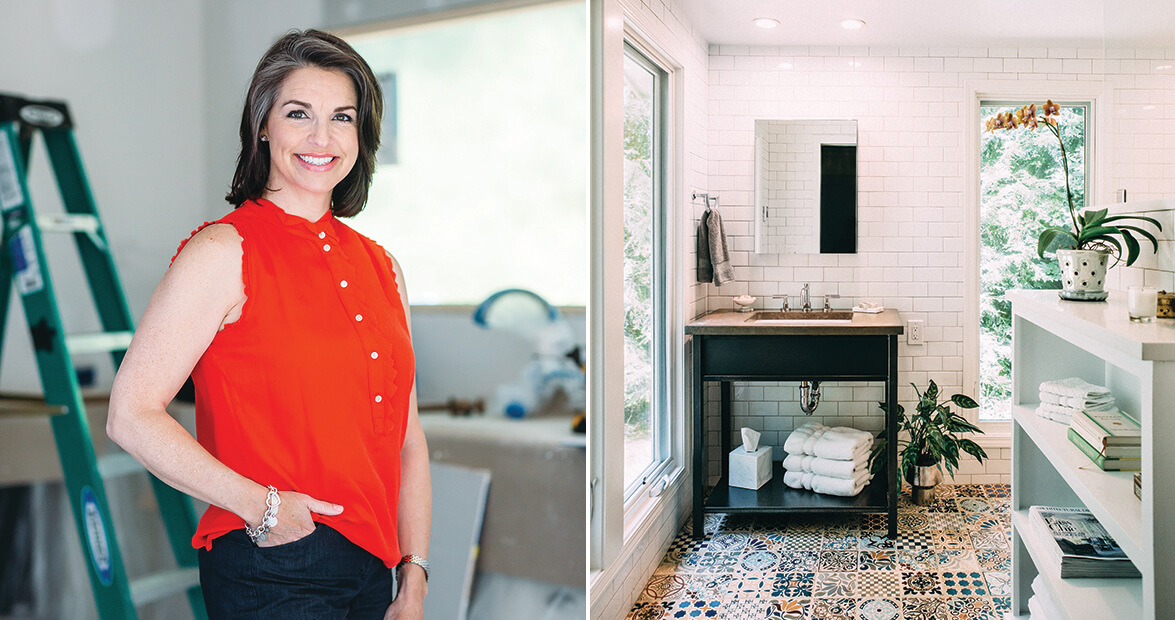 Sally Spiegel found her calling as a home renovator 10 years ago, when she was a nanny with her own child-care firm stretching across four states. In addition to taking care of their children, the parents she worked for hired her to run errands from architect to engineer, deliver hinges to the builder, and take calls from the contractor for their massive renovations. And she loved it.

Sally dove into renovating full-time after an electrician told her, “You’re the real deal. Your gift is having conversations with people and walking them through the renovation.”

That gift for communication has translated into a decade in the renovating business, during which time Sally has assisted owners with Asheville-area houses ranging from a historic 1919 house in the Grove Park neighborhood to an early ’90s traditional house in Fairview. 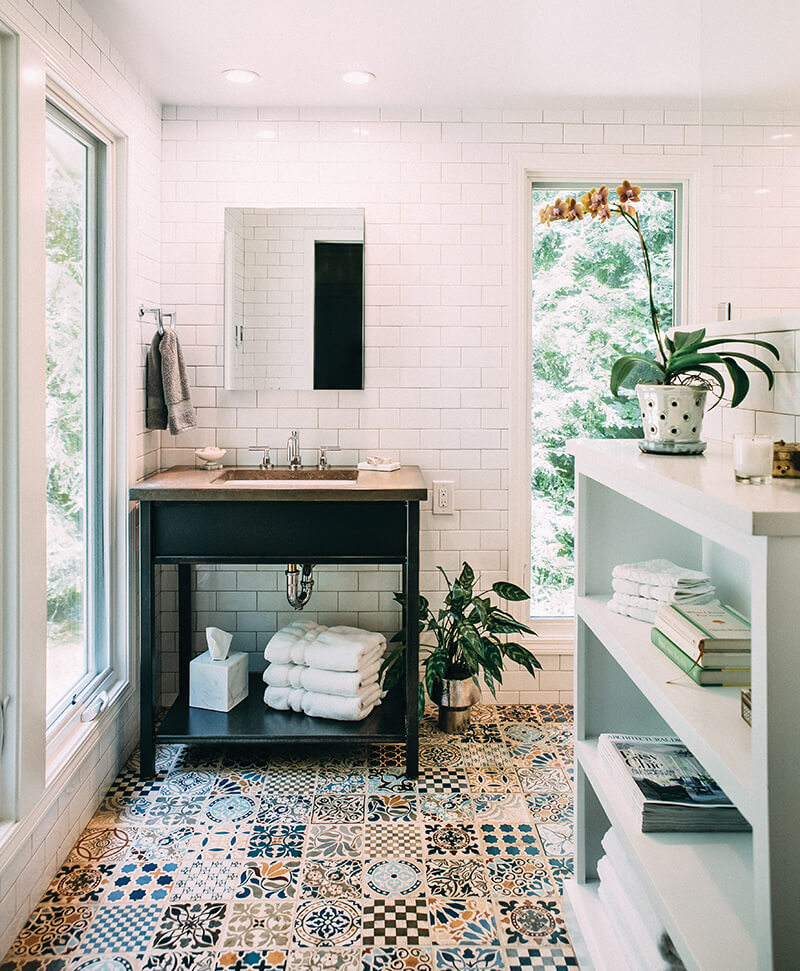 In a 1930s bungalow in north Asheville, Sally Spiegel transformed a sitting porch into this nature-inspired bathroom. photograph by Tim Robison

“The most important conversation that I have with a client is helping them define their intentions,” Sally says. “An intentional renovation is very, very different from a renovation that’s simply a whim. That’s really what I help people get clear about.” To do that, she has private conversations with both sides of a relationship. Sally’s example: A husband says he has to have a glass block wall in the bathroom, and he’s driving his wife crazy. “So I ask, ‘What are you willing to die in the ditch for?’ I have talked people out of two-sink bathrooms with 10-foot vanities for 10 years,” Sally says. “If y’all need two sinks, you need an attorney.”

The single, 45-year-old mother of two teenage children is sending 2 a.m. emails to subcontractors and general contractors. The cook she is working with on a renovation wants a built-in chopping block that is able to withstand a cleaver butchering up to 75 pounds of meat — on a lift, no less. Fortunately, Sally knows someone who can do the job.

“A house comes with a story, and you’ve got to figure out how to make it work.”

“My ideal client is someone who appreciates the existing property,” Sally says. She likes “rescuing things,” and the complexity of renovating rather than building. Renovation, she says, is “like dating someone with baggage. A house comes with a story, and you’ve got to figure out how to make it work.” The statement illustrates the other thing clients love about Sally: her candor. She’s willing to tell people that what they want either can’t be done, or they can’t afford it.

Sally readily admits, “I’m a luxury item. You need a shirt and underwear and pants. I’m jewelry. Knowing that you’re dispensable makes you behave a little differently.” Then she adds: “‘This renovation brought us closer,’ said no one ever.”

Many of her clients are in transitions — to empty nesting, to retirement, from one lifestyle to a different one. Sally can help them navigate decisions because she’s been in their shoes. As a child — with a grandfather who was a Presbyterian minister and a father who was an Episcopal priest — she moved 22 times. While attending boarding school in Raleigh, she visited the homes of friends in Manteo, Hickory, and New Bern. As a nanny, she chased toddlers through other people’s houses.

Then she moved to Asheville. “People come to Asheville because they feel called here, pulled here. It’s a magnet,” Sally says.

She sighs. Not that she’s tired, nope. She wants to show me the zebrawood veneer that’s going in the previously bank-owned minimalist house with the maximum view, but we’re too far up a mountain to get Internet service for her iPad. No matter. She has 17 other projects going on, and needs to get her son to a traveling soccer game in Charlotte. Onward, then, to the magnet that is Asheville.