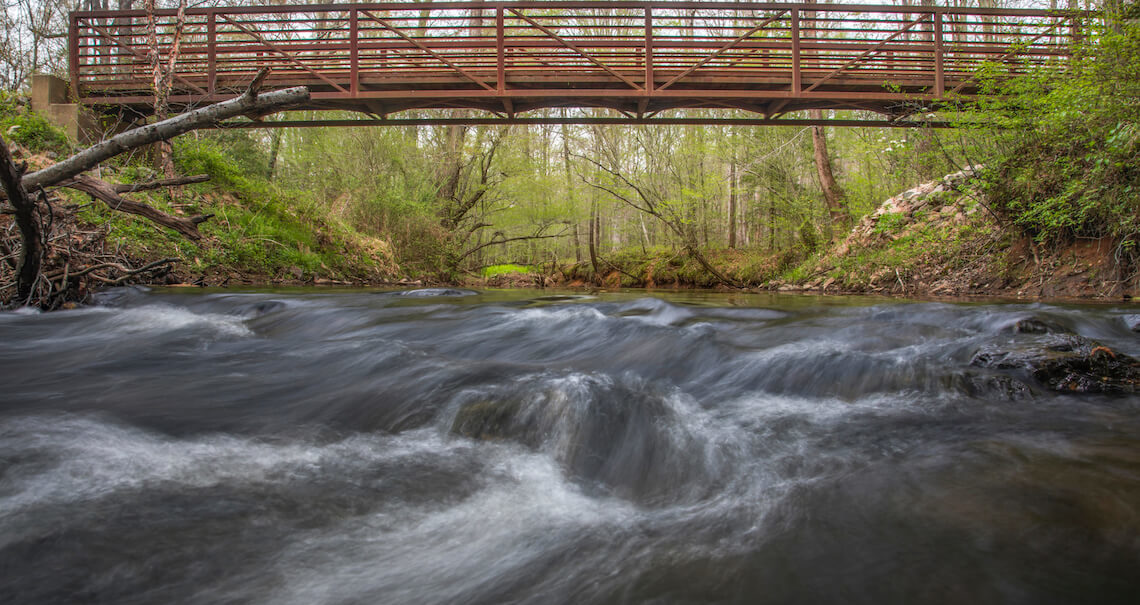 Ready to get outside? Located between North Carolina’s central coast and the Piedmont, Halifax County is home to unique outdoor experiences and pristine wilderness and rivers that are just begging to be explored.

From seeing incredible and colorful birds from all over the world at Sylvan Heights Bird Park to hiking and kayaking in Medoc Mountain State Park to biking along a historic canal, here are three ways to explore the outdoors in Halifax County — plus where to relax and sip local spirits overlooking the Roanoke River after your adventure!

Plan your next adventure close to home. Explore Sylvan Heights Bird Park by day and Weldon Mills Distillery in the evening. Step back to America’s Revolution in Historic Halifax and immerse yourself in seasonal eats at The Hen & The Hog! 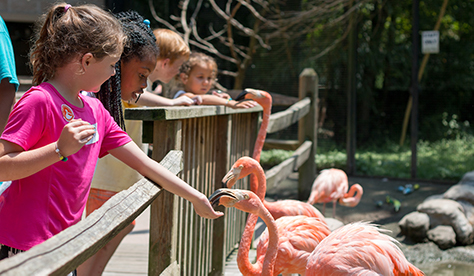 Take a bike ride through history

The historic Roanoke Canal was designed to connect the Blue Ridge Mountains to the Atlantic Ocean. In the early 1800s, commercial navigation on the Roanoke River allowed towns along the route to prosper but the arrival of the railroad led to decreases in river transport and the project was abandoned.

Preservationists ensured that the remnants of canal construction were protected. The Roanoke Canal Museum and Trail showcases some of the most impressive sections of the canal. 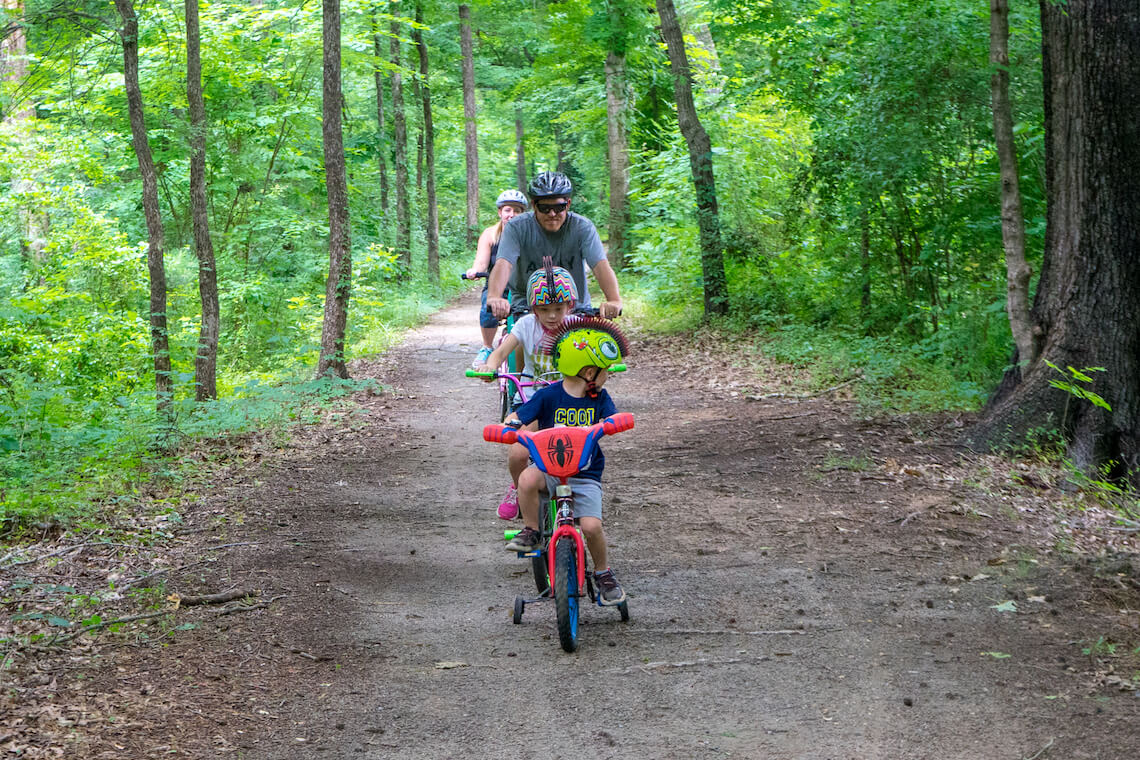 A family bikes on the Roanoke Canal Trail. photograph by Visit Halifax

Explore the interactive museum, housed in the old power house, to learn more about the canal before hiking or biking the 7.5-mile trail that runs along the canal and serves as an outdoor museum. Look for the kraft paper mill, the stone bridge, an aqueduct, and other original elements of canal construction.

Riverside Mill, a renovated cotton mill dating back to the 1900s, once generated power from the Roanoke Canal to process cotton, but is now home to shops and restaurants. It is also the pickup and drop-off location for the bicycle loaner program, a free rental that allows you to pedal the length of the trail and explore the history and outdoors along this open-air museum.

Pull on your hiking boots — or grab a paddle

“A lot of people are coming to experience Medoc Mountain for the first time,” King says.

The land was purchased in the 1800s with the goal of cultivating wine grapes — and named Medoc Mountain after the Medoc wine region in France. Today, the vines are gone but the gorgeous landscape remains.

Medoc Mountain State Park boasts hiking, biking, and equestrian trails — including the Summit Loop Trail, a three-mile loop that leads to the top of the mountain. It is one of the more challenging trails in the park, but King believes the views from the summit are more than worth the effort. 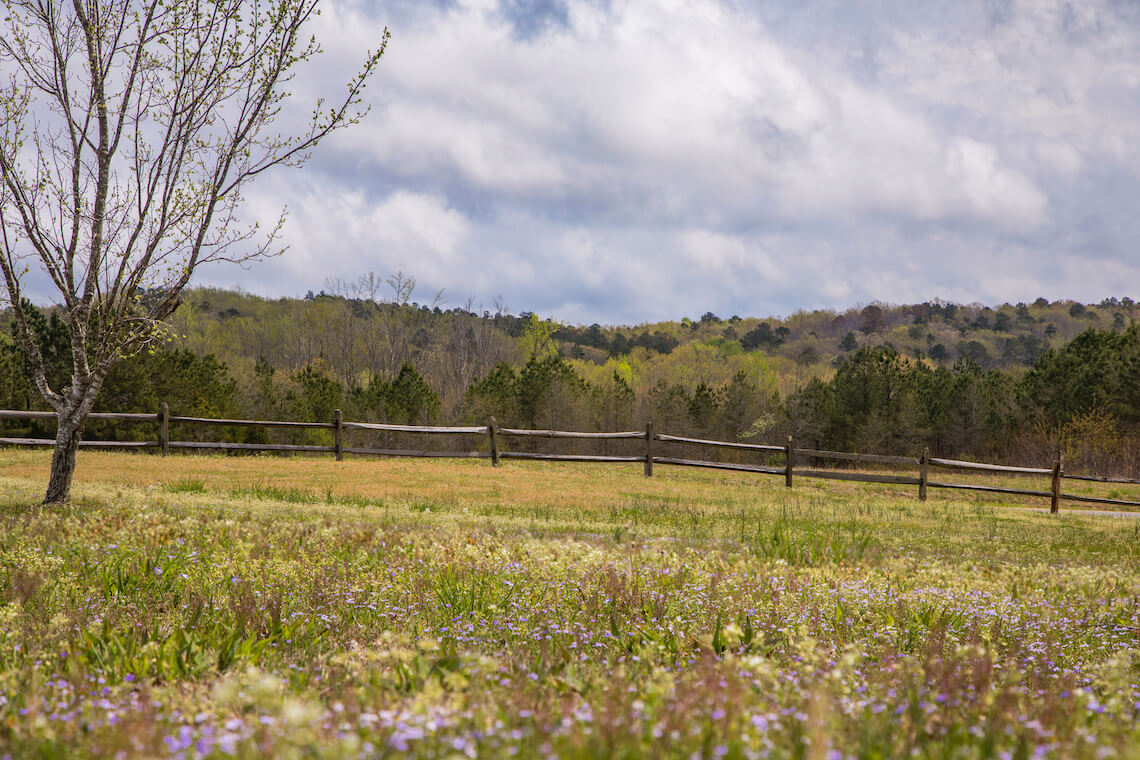 Paddling along Little Fishing Creek is also popular: During one outing in the park, King met a kayaker who was paddling at Medoc Mountain State Park for the first time and declared it her new favorite spot — she even returned with several friends for an encore trip down the river.

“You don’t even have to paddle; the river just carries you,” King says.

While some visitors seek out the solitude and pristine wilderness at Medoc Mountain State Park, the location off of I-95 also draws passersby in search of a place to break up a road trip.

“I’ve talked to people who said, ‘We had another six hours on the drive and wanted a place where the kids could run for a while,’” King says. “I point them to the Discovery Loop Trail where kids can skip rocks, see rapids, and experience the forest.”

One visit, King says, is often all it takes to turn the once-undiscovered gem into a favorite outdoor escape in Halifax County.

See incredible birds from all over the world

The Sylvan Heights Bird Park opened in 2003 to allow visitors to learn about waterfowl and increase interest in conservation efforts, but its roots are from over the pond. Growing up in England, Mike Lubbock worked at the renowned Wildfowl and Wetlands Trust. Learning about waterfowl such as Abyssinian ground hornbills, Australian brush turkeys, and black-bellied whistling ducks helped Lubbock develop an appreciation for the unique birds.

Lubbock began breeding rare waterfowl after moving to North Carolina in 1981. The effort, which grew to include more than 3,000 birds — making it the largest collection of rare and exotic waterfowl in the world — was meant to be shared.

“Many people won’t have the opportunity to see these species anywhere else,” says Lubbock, co-founder and executive director of the park. “Introducing people to birds in such a unique way will hopefully get them to notice birds and serve as a reminder of how important it is to save them.” 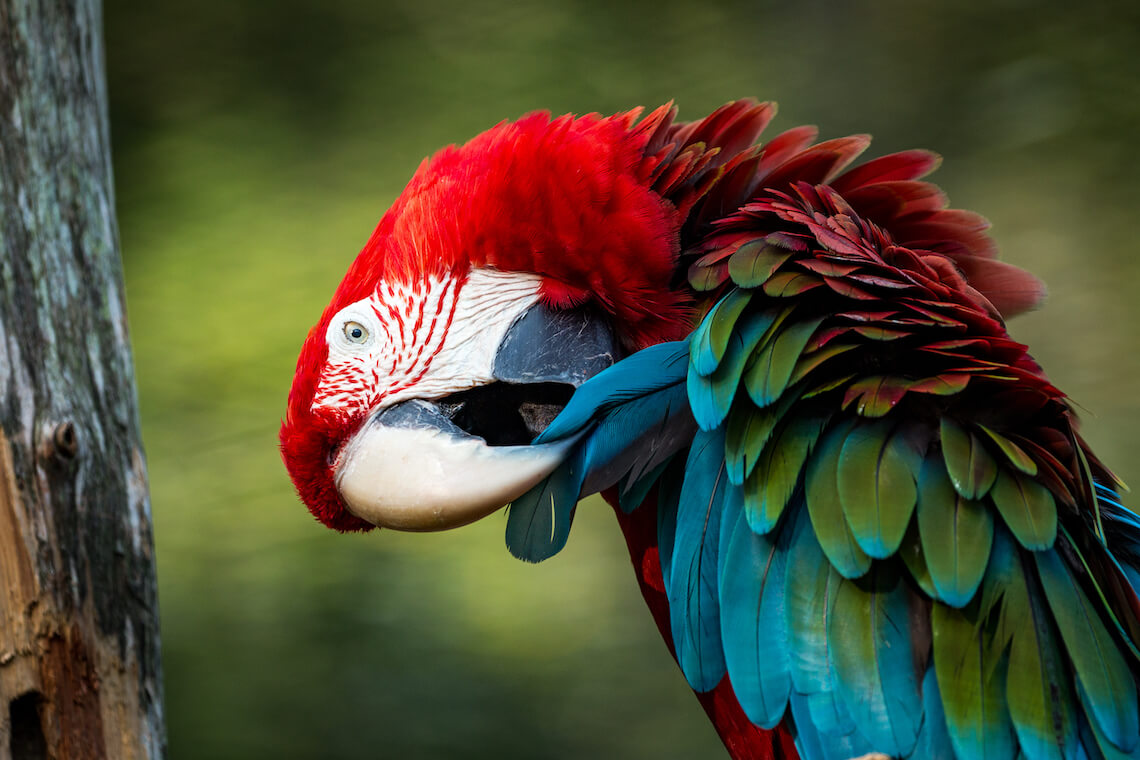 The 18-acre park is designed as a series of walk-through aviaries. The exhibits, designed without fences or glass partitions, provide an immersive experience, allowing you to get up close to the birds. A walk along the Wetland Safari Trail is also home to native North Carolina wildlife, including native songbirds and hummingbirds.

“I think that interaction is where real connections are made,” Lubbock says. “I hope that Sylvan Heights Bird Park can help pass on my enthusiasm for these amazing birds.”

Sip a craft cocktail by the river

After hiking, biking, paddling, and exploring the outdoors, sipping a bourbon cocktail at Weldon Mills Distillery, located in a historic mill, is a great way to unwind. This distillery’s first release, a small-batch bourbon known as Soldier’s Cut, was made with grains sourced from North Carolina farms. 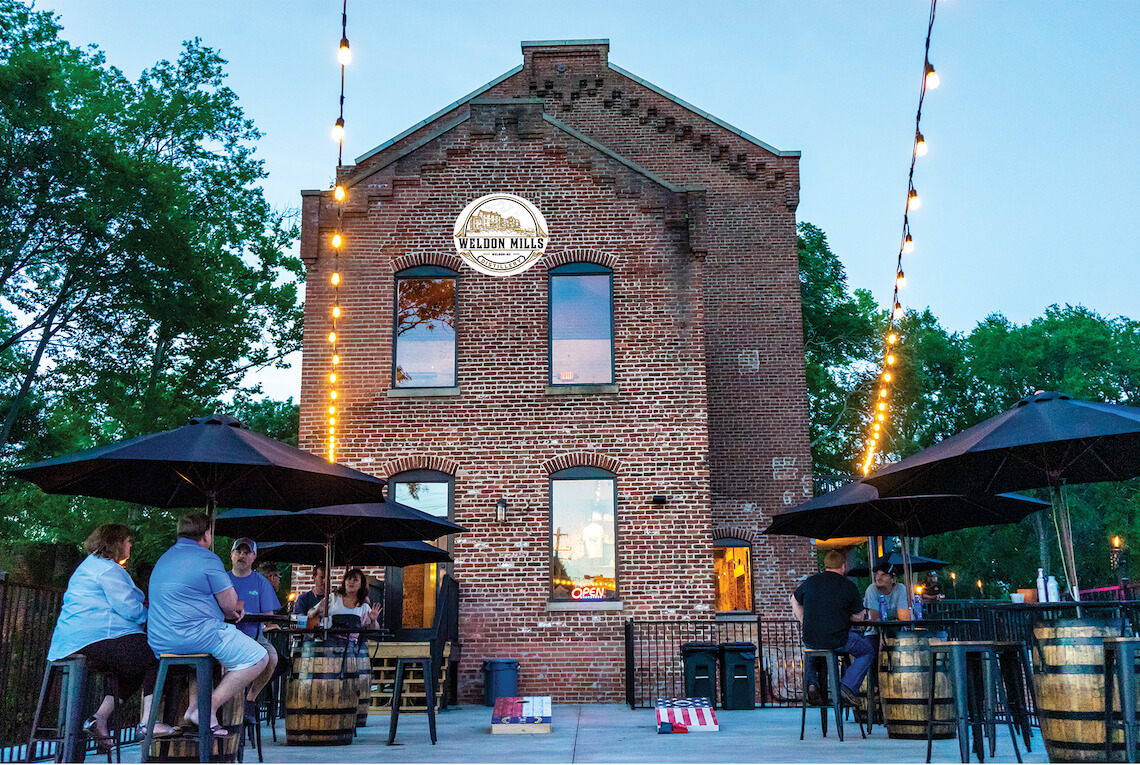 The patio at Weldon Mills Distillery. photograph by Visit Halifax

And while the distillery may be new, the building has a storied past: Built in the 1880s, it once served as a corn mill. Owners Bruce Tyler and Michael Hinderliter hope that the local landmark becomes a popular watering hole. Today, distillery tours provide insight into the history of bourbon and the building.

Order a drink, grab a seat on the patio overlooking the Roanoke River, and watch the sun set on a perfect day exploring Halifax County.