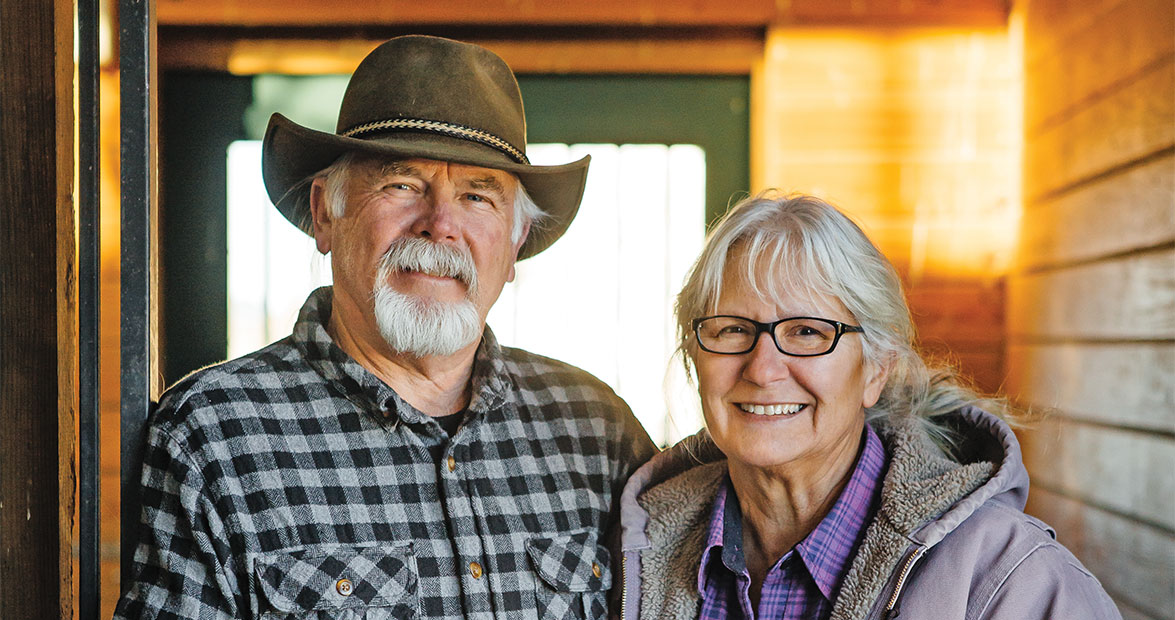 He wears a tan cap; a fleece, camouflage L.L. Bean jacket; and a pair of DeWalt safety sunglasses. His flannel shirt, checkered black and gray, is untucked; his jeans are a faded blue.

At 69, Larry McDermott looks every inch the outdoorsy workingman, someone who would chafe at neckties and ergonomic chairs. Right now, he’s standing next to an expanse of daikon radishes, all lush and leafy, as dozens of chickens cluck and peck in the neighboring pen. “We do a lot of cover crop planting to enrich the soil,” he says of the radishes. He and his wife, Anita Saulmon — “my wife’s the green thumb” — also plant buckwheat, Austrian peas, and crimson clover, all of which are “Really good for the soil,” he says, “but they’re great for the honeybees.”

Here at Hardscrabble Hollow Farm, a 40-acre breath of fresh air on the South Carolina state line in Rutherford County, Larry and Anita are living according to a back-to-the-land ethos. They tend eight beehives for honey, 400 blueberry bushes for teeth-staining summer sweetness, 50 laying hens for eggs, dozens of free-range chickens and turkeys for meat, and a family of Nubian dairy goats for milk, which they use to make cheese and soap.

On this crisp, clear afternoon, the mountains unspool across the western horizon, their ridgelines thrown into sharp relief by the vast blue sky. “We love that,” Larry says with a hint of awe.

Despite his attire, and his Chevy Silverado pickup with “Eat Local” bumper stickers, Larry long wore white collars and worked in places like — wait for it — New York City. He had a fast-paced career as an Associated Press reporter and news executive with stints in Manhattan, Minneapolis, and Detroit. Anita, too, was something of a globetrotter, having been raised an Army brat. But suits and ties do chafe and bind, and both Larry and Anita were ready to put down roots somewhere a little more rural. “We both wanted to farm,” Larry says. “I grew up on a farm in Arkansas. For me, it was sort of going back to the soil again.”

They looked at retiring out West somewhere, but the South kept summoning, and North Carolina, with its mountains-to-coast geography and ample farmland, was especially alluring. “We wanted to get back to small-town America and certainly found that here,” Larry says. 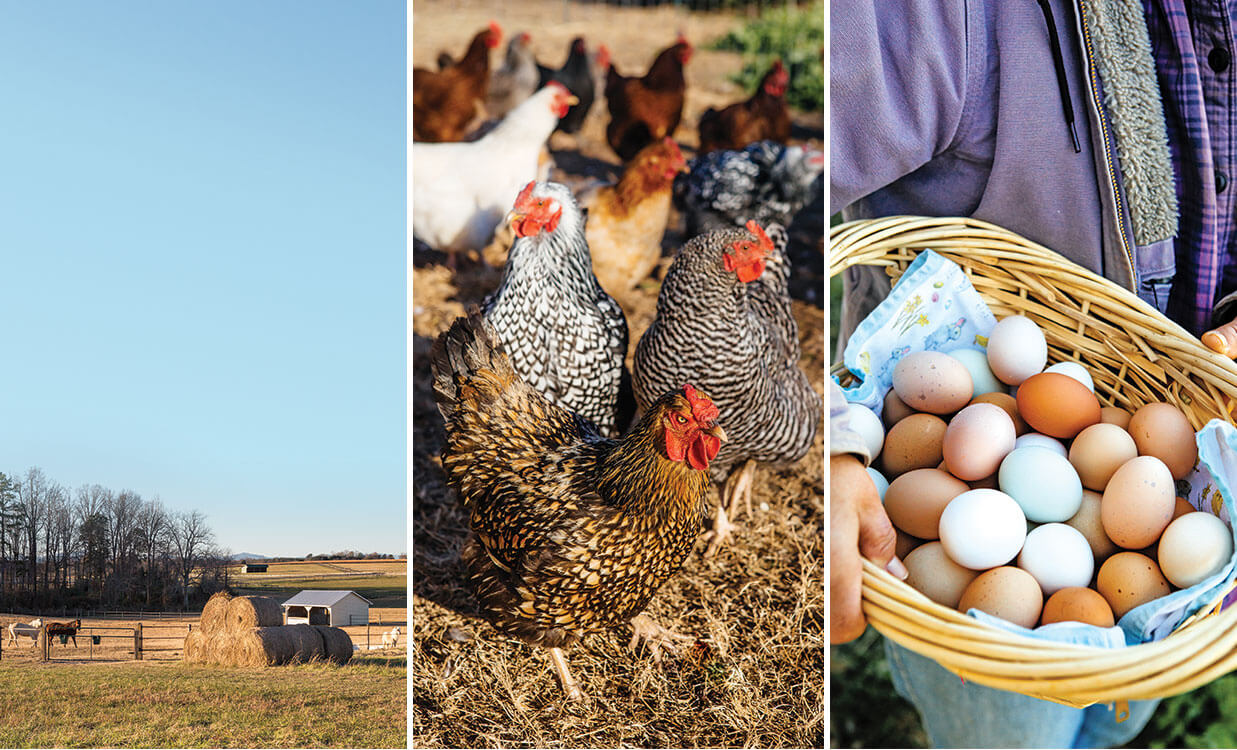 Larry McDermott and Anita Saulmon traded their suits for work boots in the Carolina countryside. photograph by Tim Robison

After buying the farm in 2011, they “found out what it was like to really work.” Farming, idyllic as it sounds, is a backbreaking job — especially if your farm is organic. “We don’t use any chemical of any type,” Larry says. “So that means we’re battling weeds all the time.”

It also means that all of Larry and Anita’s birds are grass- and veggie-fed, and that they receive no antibiotics and nothing genetically modified. As a result, their hens are egg-laying dynamos.

The hens roam about the yard bobbing their heads and clucking. Each drops about five eggs every seven days in the spring, summer, and fall — the high laying season. Most of the shells are brown and often speckled, but the Ameraucana chickens lay blue eggs, the Leghorn chickens lay white, and the Easter Egger chickens — their common name — lay large eggs that range in hue from blue to green to aqua to pinkish. You know, like Easter eggs.

And who knew poultry could have such personality? Some of Larry and Anita’s chickens have names — such as Anna and Elsa and a rooster called Foghorn — and all have a habit of trying your patience. As a professional writer, Larry’s “Just Grazing” blog posts on the farm’s website are filled with amusing thoughts and anecdotes. “Chickens are smart and cagey,” he writes. “Try herding them and you create more pandemonium than recess on a school yard. If you’re trying to catch one, they play a barnyard version of the kids’ game ‘tag.’ Cam Newton should have moves so quick.” And yet, he adds, “chickens are like potato chips. Once you have a handful, you want another handful.”

Just as they sell their blueberries, their milk, their honey, and their goat milk soap, Larry and Anita sell their eggs to the community. It didn’t take long for word to spread, and pretty soon families wanted to drop in to pet the goats and pick the berries, too. “We didn’t try to be a destination,” Larry says. “We just wanted to be farmers. But we like to see people soaking in the farm life.”

Like his flannel, Larry wears his role well. Looking around his piece of western North Carolina countryside, he sizes it up like this: “You know, it just fits.”