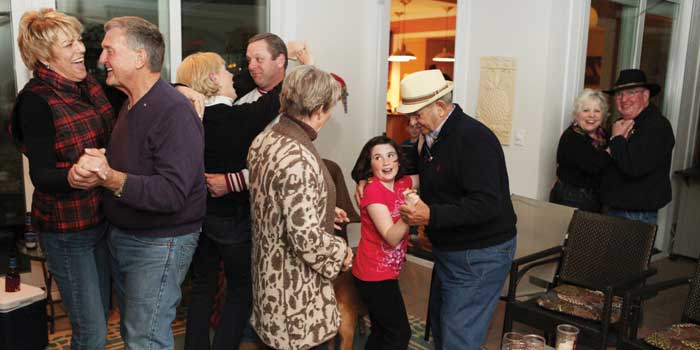 The regular crowd starts to roll in at Dick Davis’s Southport home for the Friday Night Sock Hop around 5:30 p.m.

Like they would at any good party, the visitors will laugh, dance, reminisce, and reconnect — but not too loudly. This weekly function has another purpose.

“We’re there for a cold beer and some John Moore,” says Davis, the 68-year-old general manager of an Oak Island vacation rental company.

“Of course we talk, but we don’t talk over the music.”

Like the thousands of listeners in the eastern half of the state and beyond, Davis and his friends tune in each week to “Friday Night Sock Hop,” a popular Greenville radio show dedicated to the music of the 1950s and ’60s.

Moore, a 40-year veteran of broadcasting who has been the show’s DJ since its inception in 1996, evokes nostalgia in his audience of about 40,000 each Friday by playing songs that stir vivid memories of youth.

“You can block out anything you want to for that time period,” Moore says. He’s 61, a Farmville native, and a part-time TV pitch man with a gregarious disposition and a raspy, booming voice familiar to most North Carolinians east of I-95. “For five hours, you’re lost in the music.”

On Friday evenings, Moore stands alone inside a WNCT studio as he selects oldies and fields call after call. The conversations are short but cordial as tunes like “Shotgun” by Junior Walker & the All Stars and “Sherry” by The Four Seasons go out over the airwaves to 28 counties and over the Internet to the world.

Moore has loyal listeners in Phoenix; Maui, Hawaii; St. Louis; across Canada; and as far away as Kuwait. None of them hesitate to call the show for requests and dedications.

“I’m feeling my age a little bit tonight, so I need your help,” says a world-weary male caller. “I need for you to carry me back to when I was 18 or 20 years old.”

And that, Moore says, is the essence of his show. Listeners call from their cars, their kitchens, their living rooms, and, in the case of Davis and his weekly listening party, the screened-in porch out back.

Most of them are drifting to another time and place, using music to recall the days when a dizzying falsetto was de rigueur. The experience can be at once deeply personal and communal.

For some, the show holds deeper meaning. Jimmy Grant, a 72-year-old listener in rural Grifton, proposed to his wife, Selma Lou, on the air in 2006 to cap a love story worthy of a Nicholas Sparks novel.

The Grants were close friends at Snow Hill High School in the early ’60s but didn’t see each other again until a widowed Selma Lou called Jimmy one day in 2005, initiating a whirlwind romance nearly 50 years in the making.

Dating consisted largely of “riding around with the windows down like we were 16 again” listening to Moore’s show, Grant says.

Davis and his wife, Marla, live outside the show’s broadcast range, so they go online to listen as they entertain a group known as the Back Porch Sitters.

“He does make me feel 17 again. It’s actually changed our lives.” 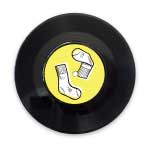 John Moore’s job is to make his listeners feel 17 again, he says. To do this, he ends every show with the same two songs: “Come to Me Softly” by Jimmy James & the Vagabonds and “Over the Rainbow” by Band of Oz. “Come to Me Softly” tells listeners that reality is here — they’re not 17 — but “Over the Rainbow” is “a simple promise that tomorrow is a better day,” Moore says.