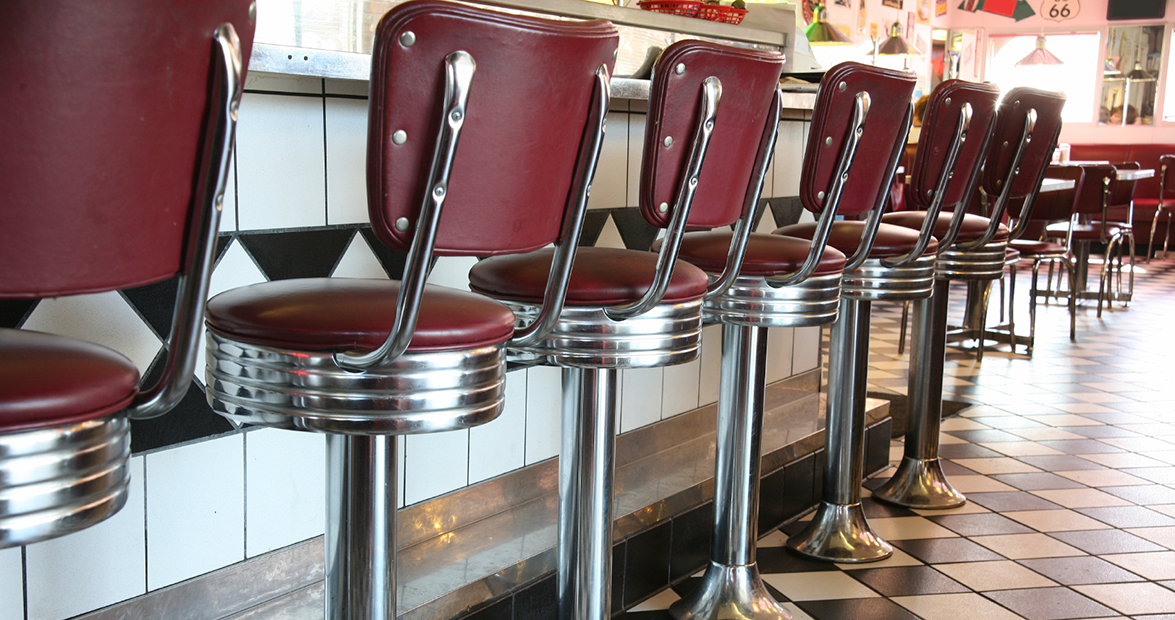 In the 1940s, when the bell rang for lunch, the boys and girls at Coleridge School reached beneath their desks and pulled out their lunch bags, brown paper sacks that held whatever their mom put in there that morning.

My dad’s bag held the same thing every day: A potted-meat sandwich on white bread and a baked sweet potato that he peeled and ate like a banana.

He never complained. It was a good lunch.

When he got a little older, he left school at lunchtime. Crossed the road and jumped the creek with the other boys to get to Martin’s Store, where he ordered a fried bologna sandwich at the counter. Everyone sat on benches outside, in front of Martin’s, and unwrapped their fried bolognas from waxed paper and ate until they could hear the bell clang. Then they crossed back with just enough time to run into the basement at the schoolhouse. There was refrigeration in the basement, including a big metal cooler that was stocked to the rim with Eskimo Pies. Ten cents. Everybody bought one.

By the 1950s, my mother ate a hot lunch — 25 cents — every day in the Nathanael Greene School cafeteria, part of the National School Lunch Program implemented by President Truman in 1946. She had country-style steak. Creamed corn. Macaroni and cheese and pinto beans and no-bake chocolate-oatmeal cookies.

The cafeteria ladies fixed the children’s plates and handed them over on a tray — you didn’t get to choose, but no one ever complained. It was a good lunch.

Frances Holt was the cafeteria manager then; when she retired, she opened a restaurant in Liberty called Fran’s Front Porch. She served the same dishes those schoolchildren, now grown, remembered and loved and wanted to keep eating. That restaurant has closed now, and I think of all the generations who will never taste a dinner at Fran’s; or a hot lunch, circa 1950s, at the Nathanael Greene cafeteria; or a fried-bologna-and-mustard sandwich while sitting outside a store.

In the 1970s, my mother packed my lunchbox with the same sandwich every day: banana-and-mayonnaise. No choice. I got a tin of potato sticks and an aluminum can of chocolate pudding. I remember pulling the metal lid off the pudding and licking the back of it, and I shudder at the thought: How is it that I didn’t cut my tongue on the metal?

Our lunchboxes were metal, too. The boys had The Six Million Dollar Man and Hong Kong Phooey and Welcome Back, Kotter. I had Holly Hobbie, Peanuts, Scooby Doo, a new one every year, until fourth grade, when we moved to the country and I went to Farmer School and no longer needed a lunchbox because we had a cafeteria, too, like the one my mom had. Chicken pie and spaghetti and oatmeal-raisin cookies and paper cups of chocolate ice cream that we scooped with tiny wooden paddles.

I miss those meals. I miss being handed a tray of something, no choices. I miss my grandmother’s fried chicken. I miss the foot-long hot dogs my dad made in his sandwich shop on Fayetteville Street in Asheboro. The fried egg my grandfather made in his small egg pan every morning. My dad says he’s never seen a man so excited to go to bed at night because he had an egg to look forward to eating in the morning.

At lunchtime now, I go home to check on my parents. My mother eats the same sandwich every day. I’ll make you one, too, she says.

She lays down four pieces of bread — Merita, the same kind she’s been buying for 50 years — and spreads Hellmann’s on the bread. This is a shock. Don’t we eat Duke’s? All those years, I never knew. Maybe it doesn’t matter. I watch her slice bananas on the diagonal, flipping them over her finger onto the bread. She mashes the bread down lightly with the palm of her hand.

We sit across from each other at the table, and I watch her pick up her sandwich and bite into it.

Isn’t this good, she says. She means it.

Yes, I say. Thank you. It’s a really good lunch.