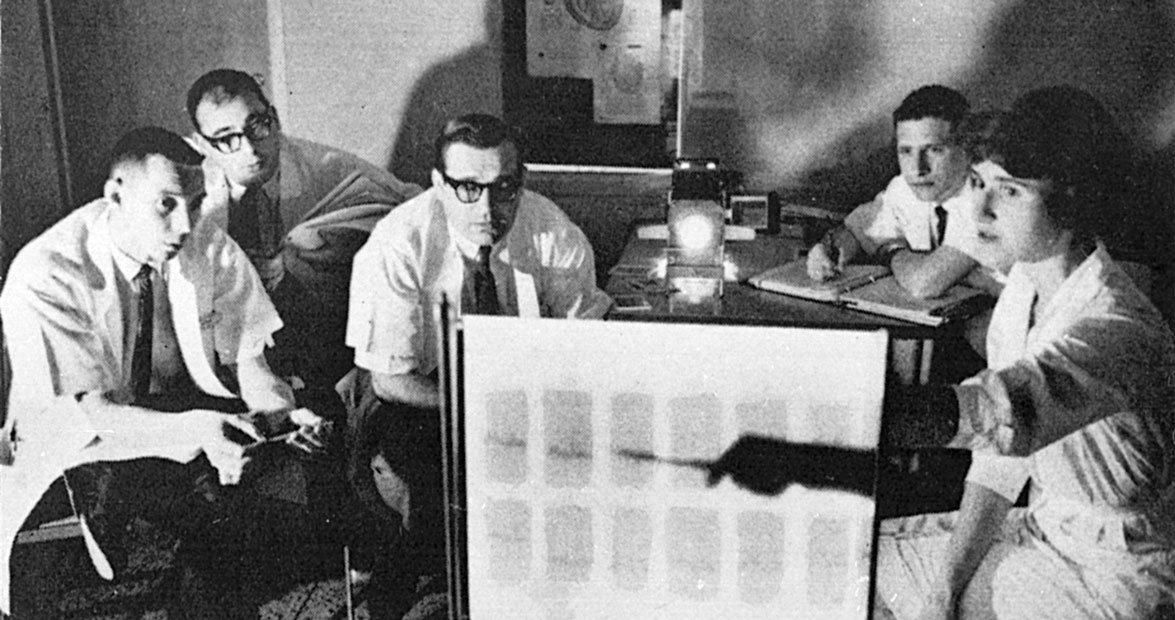 In the spring of 1965, Durham native Ken Ferrell was 20 years old and serving as a corpsman on the USS Ashland in the Caribbean. As one of three corpsmen aboard with no doctor present, he helped handle all emergencies on the naval ship, from stitching cuts and treating head injuries to preparing severely ill servicemen for helicopter evacuation.

Ferrell was nearing the end of his tenure in the Navy when he heard that Duke University was launching a two-year pilot program aimed at providing Navy corpsmen the medical training needed to assist doctors as “physician assistants.” Ferrell was eager to apply. The next time his ship docked at the Navy base in Norfolk, Virginia, he visited Duke for an interview.

“It sounded perfect,” Ferrell says. “I loved the medical field and really liked what I was doing, but I didn’t want to make a career of it in the Navy. It was like a dream come true to hear about something like this.”

Along with three other young former servicemen, Ferrell entered the first class of the then-experimental physician assistant (PA) program in the fall of 1965. After spending one year studying primary care in the classroom and another working with physicians, hospitals, and clinical settings, Ferrell received his degree in October of 1967.

Since graduating that first class exactly 50 years ago, the physician assistant program — born in North Carolina, at Duke University — has formalized, gained acceptance, and spread across the country and the world, with more than 115,000 physician assistants certified to practice in the U.S. today, and more than 90,000 actively practicing.

Fundamentally, the PA program was a product of necessity. After World War II, the U.S. experienced a shortage of general practitioners, as veterans who had served in the military pursued specialization, taking advantage of the GI Bill as well as wartime advances in technology. At the same time, servicemen were returning to civilian life unable to use the medical training they had received in the service.

Dr. Eugene Stead, chair of medicine at Duke University, saw an opportunity: If he could further the corpsmen’s medical training, they could be used to extend the reach of physicians and help make up for the shortage.

Stead had seen such an arrangement work before. In the 1940s, an African-American farmhand named Henry Lee “Buddy” Treadwell secured a job at the medical clinic of Dr. Amos Johnson in the tiny town of Garland in Sampson County. At first, Treadwell worked as an orderly, but over time, he began to learn more advanced skills, including how to make and develop X-rays, take blood pressure readings, and suture wounds.

By the late 1950s, Johnson considered Treadwell his assistant and left him in charge when he was away. “The richest man in town would rather have Buddy sew him up than me because he can do it better than I can,” the doctor once said.

Citing the Johnson/Treadwell arrangement as evidence of the program’s potential, Stead developed the two-year pilot program in which Ferrell participated. He realized relatively quick success: Within 10 years, the PA profession had developed resource and curricular guidelines, standards for accreditation, and a national certification process that required candidates to pass an exam and meet continuing-education requirements.

Duke cardiologist Dr. Harvey Estes, who became chairman of Duke’s Department of Community Health Sciences in 1966, took over the program as Ferrell and his classmates were finishing.

“I knew it would be a success from the start, because it worked so well in our own clinics,” Estes says. “But to have this spread as rapidly as it has over this country, and to have it spreading as rapidly in other countries as it did here, is a very great surprise.”

Physician assistants have had significant impact, says Dr. Reginald D. Carter, historian emeritus of the Physician Assistant History Society. “The development of the PA profession changed the way modern medicine was practiced,” he says. “Before, it was physician and patient; now, it’s a collaborative physician-PA practice.”

While the program initially recruited former service members, it soon began to attract a variety of people, including women and people of color. As ground zero for the PA profession, North Carolina educated the first African-American and the first woman to enter the field.

“Right now, you’ll find PAs in every clinical setting,” says Captain Robin Hunter Buskey, who serves as a PA for the medical assist support team with the Federal Bureau of Prisons Southeast Region. “You’ll find us in research, you’ll find us in education, you’ll find us in almost every patient setting: transplant, surgical, medical, pediatric to geriatric.”

“Correctional medicine is stimulating, because the inmates don’t always have access to care prior to coming to federal prison, so their chronic conditions are further along than they would be for others their age,” Hunter Buskey says. “We have to be creative and resourceful in being able to diagnose and treat within the resources we have available.”

PAs are versatile and able to provide medical care in rural settings and places like homeless shelters and drug treatment centers, where people are often medically underserved. In 2015, Hunter Buskey was a member of a U.S. Public Health Service team deployed to Liberia during the Ebola epidemic. Dressed in protective gear, she treated health care responders who had been exposed to the virus.

“PAs can pretty much work in any setting,” Hunter Buskey says, “and no matter who else is there or not there, we’re able to fill the space.”

For his part, Ferrell moved from PA school into practice with Dr. Herbert Sieker, a Duke pulmonary and allergy specialist with whom he’d interned. Often seeing 25 to 30 patients in a single day, Sieker needed help with tasks that didn’t require a medical degree, like new patient intake and drawing blood.

When he started, Ferrell often had to explain what his role was. “It’s hard to imagine now, but nobody had ever heard of a physician assistant because nobody had ever been one,” he says.

Over his years in the practice, however, his patients’ views of him transformed. “Patients quickly learned how to use the PA to their advantage,” Ferrell says. “It didn’t take long before they started asking for me, because they knew I could get what they needed.”