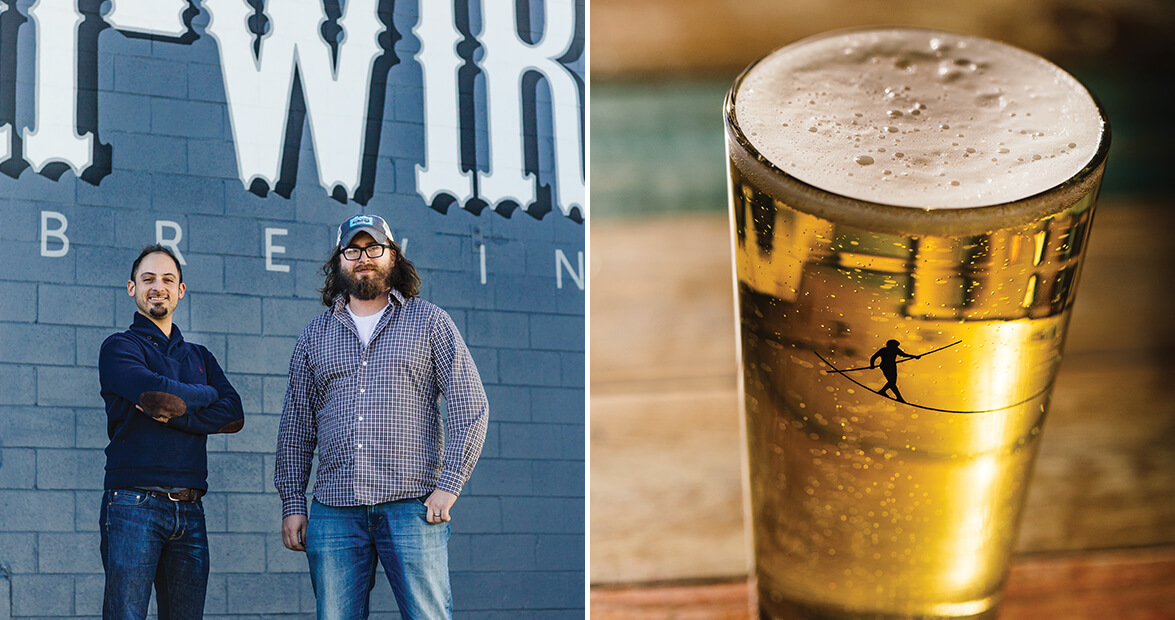 Everybody pets the dog — a fluffy, 50-pound mutt holding court in the corner next to the Elton John-themed pinball machine. Bearded guys stoop to love on him during breaks in their pinball games, and college students heading to the high-top tables fawn all over him. It’s as if everyone has the same to-do list tonight: order a beer, pet the dog. It’s all very laid-back. This industrial-chic neighborhood hangout is exactly what Hi-Wire’s founders, Adam Charnack and Chris Frosaker, had in mind when they started the brewery almost four years ago. The college friends were working in other industries and home brewing on the side when they decided to take the leap. Hi-Wire was born with a simple mission: to create approachable lagers and ales that are easy to drink.

“A lot of brewers shy away from lagers because of the ‘big beer’ connotations, but we saw it as a niche we could fill in Asheville’s beer scene,” Charnack says.

And it’s working. The circus-themed Hi-Wire has quadrupled production, expanding from its original brewhouse in Asheville’s South Slope neighborhood to a production brewery and second taproom, called The Big Top, south of downtown. This has allowed Charnack and his team to convert the original brewhouse into a pilot brewery that focuses on small-batch, often experimental, sour beers. 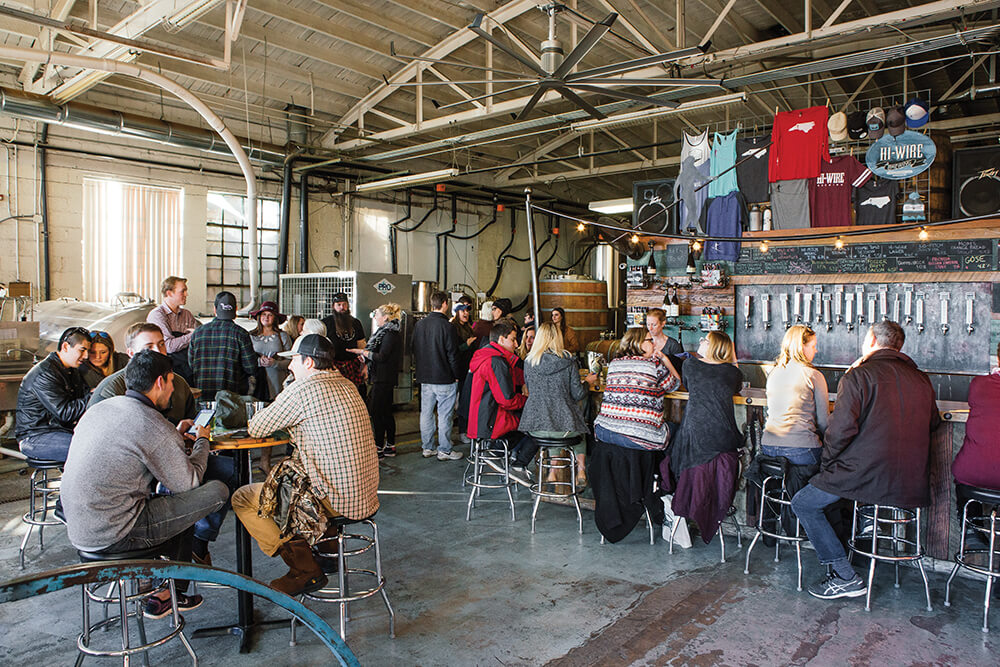 Balancing act: Hi-Wire’s founders, Adam Charnack and Chris Frosaker, believe that brewing is a blend of art and science; both are on display at the brewery’s South Slope location. photograph by Tim Robison

“Sours are the cutting edge of brewing right now,” Charnack says. “They’re difficult, and you can’t make them in the same facility where you’re making other beers because the yeast could contaminate the whole system.” In other words, Hi-Wire’s South Slope taproom is where things get weird.

Above the bar, an iron art installation shows a man walking a tightrope. The image is key to Hi-Wire’s brand, representing the balance Charnack seeks in his beers, and also the wild, circus-like feel of Asheville and its brewing scene.

During the summer, large garage doors slide open to welcome a steady stream of foot traffic as people mill about the South Slope, moving from music venues to restaurants to other breweries farther down the hill. It’s hard to walk by without being lured in for a pint of Hi-Wire Lager or Bed of Nails Brown Ale.

Half of the 17 taps are dedicated to seasonals and experiments. A wine rack against the wall stores big-bottle beers — more sours and barrel-aged brews that are meant to be shared and savored. This is the new balance that Charnack is seeking: two breweries operating under the same big tent, one focused on crowd-pleasing lagers and ales, the other wandering out toward the edge. Welcome to the circus. Pet the dog if you like — he’s part of the show.