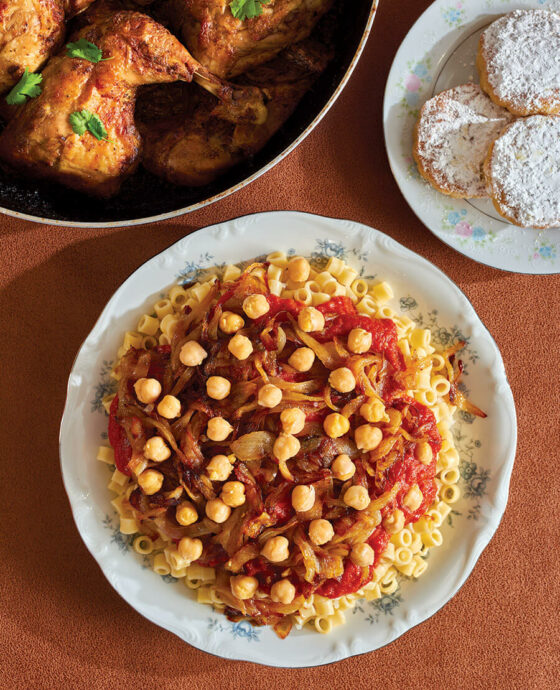 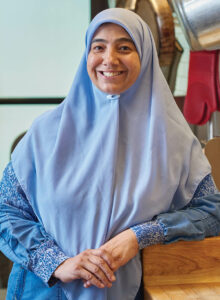 Shereen Gomaa founded her nonprofit in 2016. photograph by Dhanraj Emanuel

In her kitchen in Winston-Salem, Shereen Gomaa fluffs rice and lentils to make koshary, a traditional Egyptian entrée. A small group of women work alongside her, preparing hummus and other side dishes. Many of the women are refugees.

In 2016, Gomaa started Delicious, a nonprofit organization and catering business, when she noticed an influx of refugees arriving in the Piedmont after fleeing civil war in Syria. Gomaa, who immigrated to the United States from Egypt in 2002, knew that they needed support. “In their situation,” she says, “I would need people supporting me and making me feel at home in a place that has a totally different culture, language, religion, and food.”

Gomaa mostly hires women refugees who use their cooking skills to support their families and also gain confidence in a new country. And the mission doesn’t stop there: In addition to selling meals at Buie’s Market in Winston-Salem and catering local events — sometimes at Wake Forest University — Delicious also donates meals to local homeless shelters and the Ronald McDonald House.

For women who work for Delicious, preparing meals that are traditional to their native countries narrows the distance between cultures, making North Carolina feel more like home.