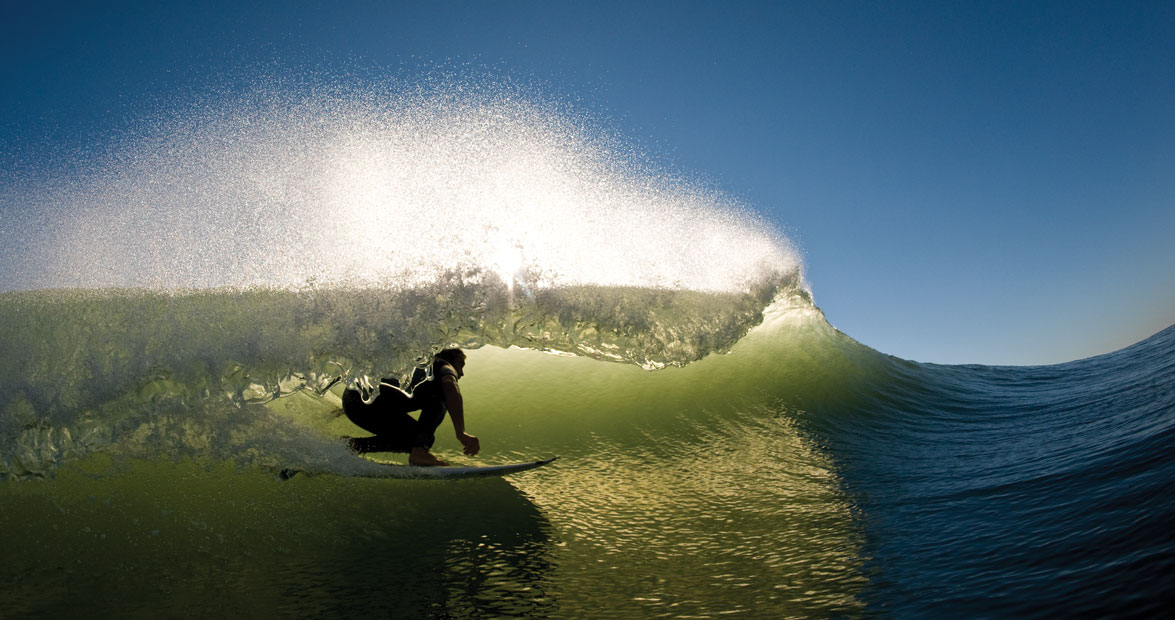 They make it look so easy. Paddling past the breakers, reading the waves, standing just as a swell begins to build. Walking on water.

When I moved to the Outer Banks in the late 1980s, longboards had gotten shorter and lighter. Fewer than a dozen surf shops dotted the beaches between Corolla and Hatteras. And surfers from across the country were coming to ride the waves off North Carolina’s coast.

I wanted so badly to learn to surf. I had grown up listening to The Beach Boys, watching The Endless Summer, living in a landlocked suburb that was a three-hour drive from any ocean. I had never ventured farther offshore than I could walk.

So the first thing I did that first summer was sign up for surfing lessons: just me and an instructor and an eight-foot foam board. We dove through the frothy, knee-high waves until he told me to turn around and face the beach. I didn’t think to keep checking the swells behind me. So I got pummeled. Again and again. Tumbling through the salty water, into the sand, getting tangled in the leash and undertow. Even after I got the hang of picking a good wave, I could never pop up and ride it. I spent more time pulling my board back than I did standing on it.

After two hours, I was whipped and whimpering. I collapsed on the beach, watching my teacher slide serenely through the shimmering sea.

Polynesians were the first surfers, riding huge, heavy boards thousands of years ago, and documented by Europeans as early as the 1700s. By the early 1900s, the sport had spread to some shores of California. In 2020, for the first time, surfing will be part of the Summer Olympics.

Wrightsville Beach claims the original surfer in North Carolina, in 1909. The next summer, folks were riding boards in Beaufort. 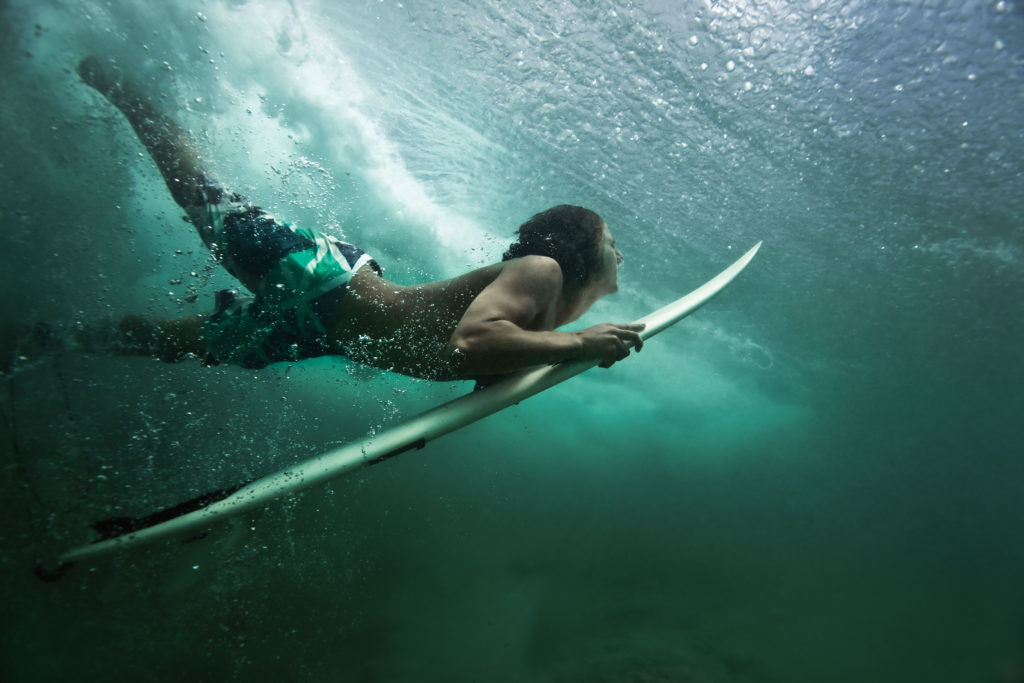 Surfer Matt Ashworth dives under a wave off the Buxton shore to escape the crash and churn above him. photograph by Chris Hannant

A team of Hawaiian entertainers came to the Outer Banks in 1928 to share “a demonstration of surfboard riding.” Soon, locals were making their own boards.

Warmer than New England waters and yielding more consistent waves than Florida’s beaches, North Carolina has more than 300 miles of oceanfront — and has long been a mecca for East Coast surfers. And while the state’s southern shores have their own appeal, the Outer Banks have been the preferred place for surfing contests. Kelly Slater, who rode waves to win 11 world titles, once called Hatteras Island surf his Banzai Pipeline.

“We have the deepest part of the Atlantic, and the second-narrowest part of the continental shelf, so all the storms and energy have to come ashore around our strip of sandbars,” says Jim “Biggie” Vaughn, who, with his wife, April, owns Whalebone Surf Shop in Nags Head. “And all these sandbars shift, and form at new places. So there are thousands of breaks up and down our coast.”

Vaughn grew up in south Florida, where he started surfing in 1963. He moved to Nags Head in 1975 for the better waves and opened one of the island’s first surf shops with his friend Skip Ledingham. Back then, he says, the Cape Hatteras Lighthouse was the beacon that brought surfers from across the country.

“It was a super pristine beach back then, with a real steady good break,” he says. “In summer, people came from all over to camp and surf.” They would drive along the beach, with a thumbs-up or thumbs-down, to show other surfers whether the waves were worth the trip.

But by Labor Day, everyone cleared out. “Back then, it was hard for me to find someone to surf with after the season,” Vaughn says. “Now, there are so many surfers all year that it’s hard to find a spot to surf alone.”

“January to June, we get the big nor’easters — cold fronts with low pressure which cause gigantic swells,” Vaughn says. “In summer, we get high-pressure southerly swells groomed by the offshore wind, and tropical depressions that sometimes turn into hurricanes. The way the beaches face different directions means the wind hits the water at different angles all the way up our coast.”

On the Outer Banks, surfers say, you can often find rideable swells, and unlike beaches where surfers are restricted to certain areas and times, Dare County welcomes surfers anywhere, anytime — as long as they stay at least 300 feet away from piers.

No one tracks the number of surfers who come to North Carolina, but the Surfrider Foundation estimates that they add more than $3 million to the economy, and they contribute in less visible ways, including fighting to save their watery sanctuaries.

“There’s a lot more to surfing than what movies and marketers show you,” my late friend Brant Wise once said. He was president of the Outer Banks Surfrider Foundation, and a fierce protector of the seashore. “There’s a chance to become part of your environment, sit out there in the ocean by yourself, get the rhythm of the swell,” he said. “You see the dolphins, turtles, and whales come up beside you. You become so much more in tune with the ocean.”