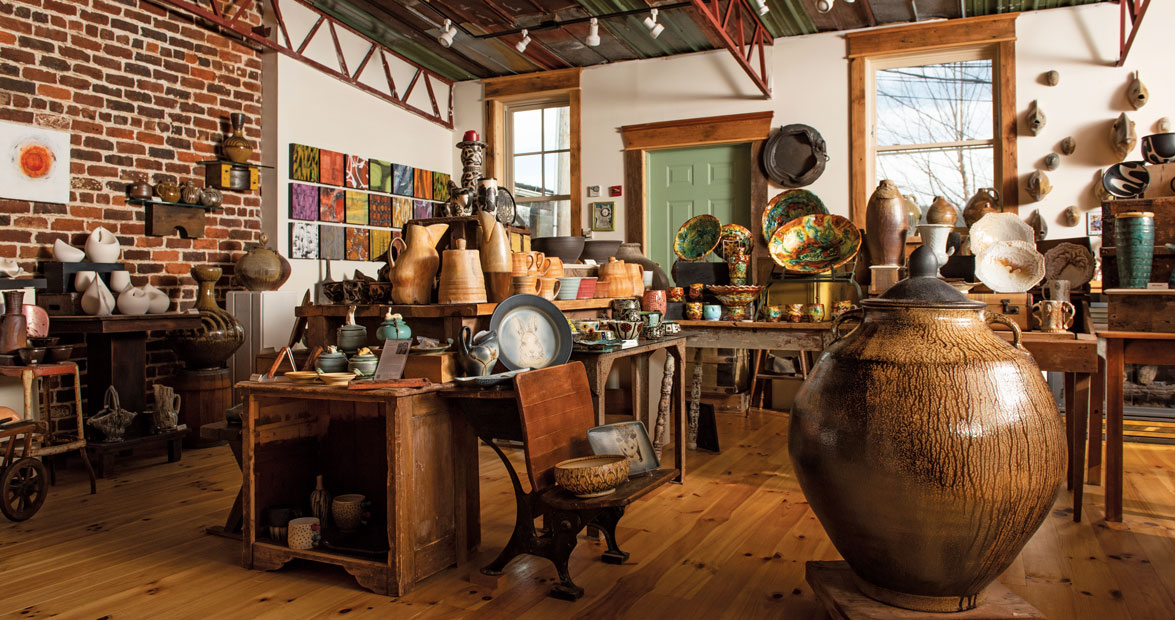 On their first wedding anniversary, Andy Palmer gave Silvia Ferrari-Palmer a vintage bicycle built for two as an homage to the one her grandfather owned in Milan, Italy, where Silvia was born and raised. Now, it hangs on the exposed brick wall of In Tandem Gallery, symbolizing the life they’ve made together as owners of the showcase for ceramic art. The couple moved to Bakersville in 2013 to manage a gallery — a new career for both. A year later, they started their own.

In a former bank built in 1920, they’ve gathered works from around 120 potters, sculptors, and jewelry makers. Most of the bowls, cups, and other pieces on display are meant to be used. “It’s a much more intimate relationship than you might have with a painting,” Andy says. “You’re putting your hands on it. You’re putting your lips to it. And you live with it.”

In Tandem has also become a destination for the artists who have put down roots in the area thanks to the nearby Penland School of Craft. Local makers drop in to ask for advice about ceramic techniques or enjoy a conversation at In Tandem’s sidewalk tables.

“It’s a wonderful community,” Silvia says. “And it’s an honor for us to be at the center of it.”