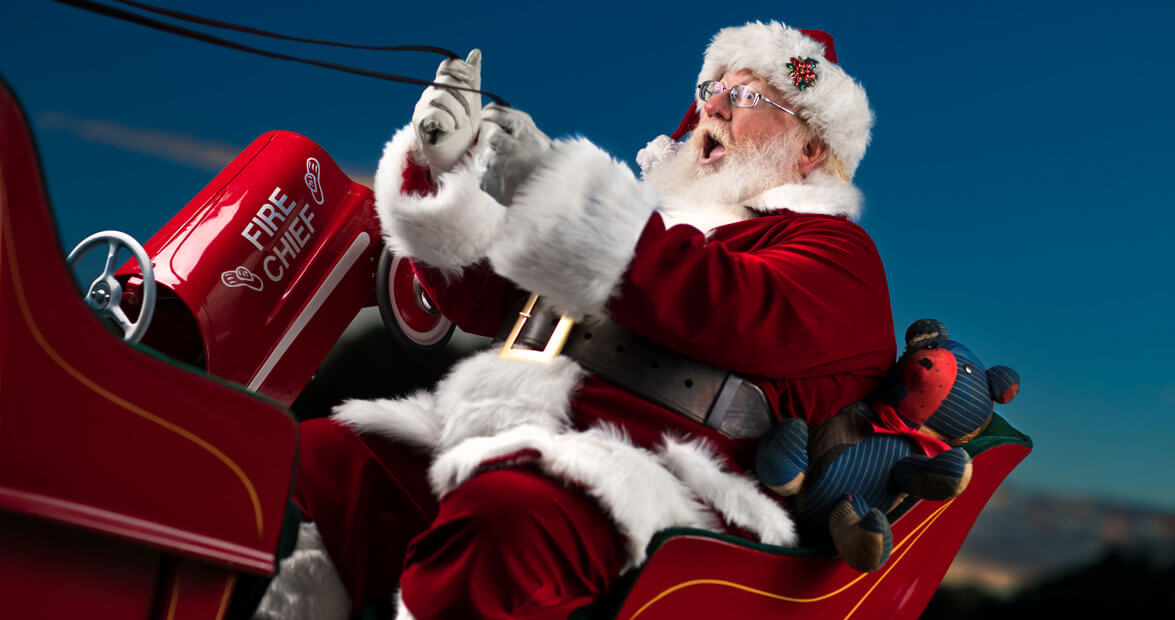 “I was driving a school bus as a substitute at Christmastime,” Jackson “Jac” Grimes recalls. “I didn’t know the kids, but I had on a red jacket and a Dollar Tree Santa hat, and the kids were asking, ‘Are you him?’ Buses being buses, children tend to be raucous and misbehave, so I said, ‘Yes, I am, and your parents sent me to check on you.’ Even the fifth graders played along.” Later that month, in 2006, he saw a Santa on a gig, and thought, “I could do a better job than that.” Grimes, then 52, took himself and his natural beard to a Santa school in Atlanta and graduated with an Advanced Master’s Degree of Santa Clausology.

His first gig was at a water park, for Christmas in July, and why not? Santa Jac is a Real-Bearded Santa 365 days a year.

Grimes’s Santa community service contributions rival Santa’s list of presents. He’s a Santa for Fox 8’s free concerts at the Greensboro Coliseum and Lawrence Joel Coliseum. On Christmas Eve, he and his wife of 45 years make the rounds at a women’s hospital to have his picture taken with babies. He’s worked at Kids Path, a hospice unit for kids with serious illnesses or grief. “When people are in the middle of dealing with illness, they need a sense of normal,” Grimes says. “At Christmas, what’s more normal than Santa?”

Grimes is a founder and chairman of the board of the International Brotherhood of Real-Bearded Santas. Yes, it’s a thing, a support group for serious Santas, which provides background checks and educational and business opportunities for its members. At meetings, they swap funny stories, sure, but they learn from each other, too. How to deal with the difficult questions, from the child who wants to cure her grandmother of cancer, to the one who wants a baby brother, to the brat who demands a sleigh full of Legos. Oh, but wait: There are no bratty children, if you’re a real Santa — only children who are verging on being on the Naughty list.