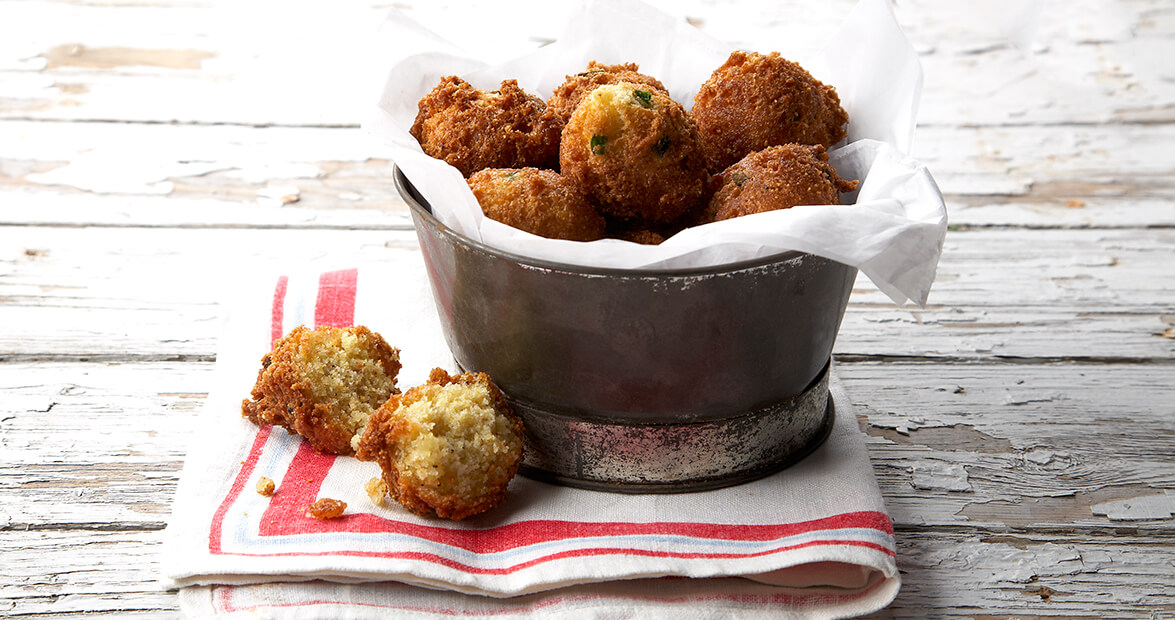 Mix all ingredients just until they are wet. Refrigerate mixture for 30 minutes and up to 5 hours.

Use a tablespoon to form the hush puppies, dipping the spoon into cold water between each hush puppy to keep the batter from sticking. Spoon hush puppies in hot oil for a few seconds, allowing them to release from the spoon.

Repeat this process with each hush puppy, until you have 6 or 7 in the hot oil. Do not crowd the pot.

When golden on one side, the hush puppies may automatically turn themselves over. If not, carefully give them a nudge to make them turn over.